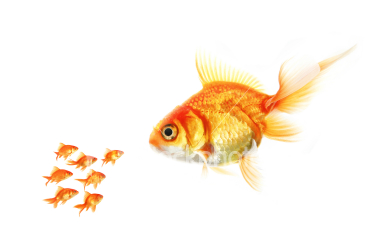 Despite nearly half the population having joined KiwiSaver, since July monthly membership increase has fallen to within a range of 15,000 to 20,000 people and the average monthly percentage growth rate in net total KiwiSaver membership for the year to date has been just 0.89%.

Tower Investments CEO Sam Stubbs, in the provider's latest KiwiSaver analysis,  predicts that in the absence of compulsion, KiwiSaver membership will "continue to rise but only very slowly" a pattern that will have negative consequences for smaller providers who will have essentially "peaked out.''

“With little by the way of organic growth prospects ahead of them, these smaller schemes will need to make sometough decisions about whether to carry on, because KiwiSaver is a scale business that only the biggest players can survive in for very long.”

End of the line?

“It’s quite likely that the very success of KiwiSaver in already having attracted most of those people likely to join voluntarily also spells the end of the line for smaller KiwiSaver schemes that will need to be rationalised.”

The leading means of KiwiSaver sign-ups remains automatic enrolment by employers, where new members are position with one of the six allocated default providers.

why should it be the demise of smaller providers.
those providers will still charge fees etc wether they make money or not
in a nutshell money for jam .

Kiwisaver is a brilliant idea to redistribute wealth by enriching the already wealthy (ie fund managers, AMP shareholders) by taking money from the wage-slave as well as taxpayers via govt..

It's a great scheme provided you are on the right side, the wealthy, not the case for the 99%.

If you are young and in the 20s, you are looking at 40+ years of policy risk (retirement age rise and rise), 40+ years of management fees (how many % a year compounded), 40+ years of inflation/hyperinflation risk, 40+ years of personal health/injury/death risk, combine these with the demographics factor and you've only got yourself to blame if you didn't use your brain and only get to find out that it doesn't work out for you 40 years later.
Of course the fund managers and banks will always promote "savings", you didn't really think they are out there looking after your interest did you?
There's no win-win, because the overall wealth of the society, goods and services available to be consumed remains constant with or without Kiwisaver.  If you cannot spot the dumb money on the table, it's yours.