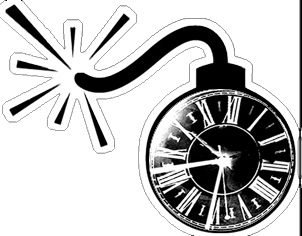 The renamed and rebranded Financial Services Council, formerly the Investment Savings and Insurance Association, has used its annual report to reiterate calls for pension age eligibility to rise as part of a four-pronged approach to offset a "rapidly approaching retirement funding crisis."

In addition to implementing outgoing Retirement Commission Diana Crossan's call to gradually boost the age of eligibility from 65 to 67, the FSC is proposing to lift KiwiSaver contributions to 10% of income over a 10 year period; to require KiwiSavers to use a portion of their funds to buy a fixed-term pension that provides an income at least as high as NZ Super for the years in between when they want to retire and when NZ Super kick-ins; and to ensure that super does not become income or asset tested.

The plan, entitled KiwiSaver plus is based on research and projections that New Zealand Superannuation, in its present form, is unsustainable. Details of the proposal are contained in the FSC's previously released report Pensions for the Twenty First Century: Retirement Income Security for Younger New Zealanders.

Between a diminishing tax base, increased longevity and an identified saving gap between the kind of lifestyle New Zealanders desire in old age and the type that will be afforded by NZ Super and KiwiSaver contributions far below international workplace standards, the FSC says the country is "rapidly approaching a retirement funding crisis.''

FSC research documented in its annual report suggests NZ Super will be unavailable (in its current form) to younger Kiwis in their retirement years without significant tax increases that would create an "unacceptable burden for future taxpayers."

Research cited in the report also argues that savings are a far more effective way of funding retirement incomes rather than taxes, although it is a matter of considerable debate.

Based on current policy settings, the FSC forecasts New Zealanders who stayed domiciled in their home country until retirement will end up with half the retirement income as their counterparts in Australia.

The report echoes the comments made by many in the savings industry that New Zealanders will be ill-prepared for retirement based on current saving levels and the prospect of a diminished pension in 20 to 30 years time given the pressures placed on it by older generations. (See Amanda Morrall's story here on Mercer NZ's call to raise the age of retirement).

Most felt that the average income they'd like to live comfortably in retirement on was $632 a week (that's in contrast to the $339.92 after tax NZ Super entitlement for a single person living alone); and for couples $845 per week (in contrast to the $522.96 after tax paid to couples by NZ Super).

The FSC represents 21 savings sector parties who together manage almost NZ$80 billion. The FSC, formerly known as the Investment Savings and Insurance Association (ISI) changed its name this past March to reflect a new direction.

"The members overwhelmingly agreed that the loss of confidence in the financial services sector over recent years and the move to principles-based, rather than industry-specific regulation, as well as the fallout following the Global Financial Crisis, made it a priority to establish an effective pan financial services sector organisation,'' said CEO Peter Neilson in the summary of this latest annual report.

Why is a new scheme needed?

NZS is a “pay-as-you-go” retirement scheme that provides the same base level of retirement income to all eligible New Zealanders once they reach the age of eligibility. A “pay-as-you-go” scheme means this year’s pension payments are funded out of this year’s taxation. This means that the tax rates needed to fund the scheme are low when the number of people in retirement is small, or when the level of the pension is low.

However, increases in how long we live after 65 means that the current form of NZS cannot be maintained without requiring significant increases in taxes in the future. In turn, this suggests one of two alternatives will occur:

• Taxes will have to be increased significantly in the future to maintain the same level of benefits;

• Retirement entitlements will have to be cut in the future, most likely by increasing the age of NZS eligibility.

In this case people will have to fund their years between age 65 and NZS eligibility by saving more by themselves, or by working for longer or by relying on lower income-tested social security benefits. Either way, it does not appear that the mix of low taxes and early eligibility that have made NZS attractive until now can be maintained in the 21st century. Our proposal is to create a retirement income system that, while maintaining many of the attractive features of NZS, gives it much greater flexibility in the future.

We propose a system where universal entitlement to NZS will remain, where the age of eligibility will be increased as longevity increases, and where people make larger contributions to an enhanced KiwiSaver scheme. It means that the power of compound interest can be utilised to increase the amount of pension available from any level of contributions. It will enable most people to have higher retirement incomes than they could expect under the current fixed-rate NZS system by linking retirement incomes to contributions. And it will allow people to use some of their personalretirement income account balance to fund their retirement between the time they turn 65 and untilthey are eligible to receive NZS.

The third alternative....the mother of all immigration plays....enter one million young Europeans, skilled and determined to make a go of it...now that would solve many problems.

What about one million skilled and determined Chinese there Wolly?

that would solve many problems

Pft;  It is a variation on the "Kick the can down the road" approach.

Or "Continue to turn NZ into an over-populated excrement zone"??

Solve a few problems for the growth lobby..... And they are the ones who appear to have most governments on a string

Become one of the 1%

Here it is, my plan for retirement:
http://www.airstream.com/travel-trailers/international-sterling/photos-decor/

Funny how discussion about property investment gets everyone going but something on retirement planning is an empty room! All the property investment knockers must be investing in something... but what? Anyone who understands inflation knows that KiwiSaver is too little, too late for most of us.

Good stuff from the FSC - they have obviously put a lot of thought and work into it.

I am not a fan of having insurance inside a savings vehicle, though.

Also, life expectancy for Maori and Pacific Islanders is significantly less than for other groups.  I think it was 20% of males are not expected to get to age 65 according to Stats NZ.

So if your dad and your grandad died at age 60ish- is the prospect of some great reward at age 65-67 really that attractive? To put it into perspective, think about how attractive KS would be if the entitlement age was 85.