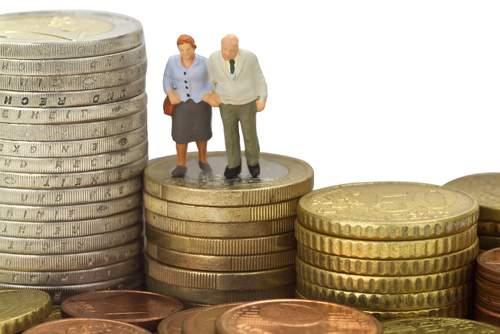 Prime Minister John Key has slapped down proposals from The Commission for Financial Literacy and Retirement Income for reforming the New Zealand Superannuation system, appearing to slam shut any hopes the Commission might have had for re-opening the debate.

The Commission released a 104 page discussion document yesterday from its year-long Review of Retirement Income policies. It included a proposal for a link between longevity and the age of eligibility for New Zealand Superannuation to raise the age over time, with a 'Schedule and Review' process to be implemented by 2017 that would see people receive NZ Super for at least 32% of their lives over the age of 20.

It also proposed a new way of indexing New Zealand Superannuation to an average of Consumer Price Index (CPI) inflation and wage inflation, rather than the current policy of setting the level for a couple at 66% of the average wage.

Key has pledged to resign if he ever increased the age of retirement currently at 65 or reduced the pension level from 66%.

Key told reporters in Brunei the current scheme was affordable and he did not agree with the Commission's proposals.

"What the Retirement Commissioner is saying is, basically, 'you should work longer and you should get less.' Well that's OK, except we don't agree with that. We've modelled it. It's in our 10 year forecast. We've looked into our 20 year forecast. We don't have a crisis in New Zealand Super," he said.

Government spending on superannuation is projected by Treasury to rise to almost 8% of GDP by 2060. In combination with no other changes to taxes or spending, Treasury projected the Government's net debt would balloon to almost 200% by 2060.

"Our view is retirement at 65 is affordable in the New Zealand context," Joyce told reporters when asked about the Treasury's projections and the Commission's proposals.

"The Government was committed to sticking to the current 65 years, as it has said it would for some time," Joyce said.

"It is important to stick to that commitment because we are talking about people's lives here, and the way they plan for their retirement, how long they get to pay off their house, and all those sorts of things," he said.

"It is important to have that as permanent as possible."

Recent opinion polls show a majority in favour of increasing the age of eligibility. The last Retirement Policy review recommended increasing the age to 67 over 13 years from 2020. The latest review included an indicative schedule that would see a 25 year old retire at 68.

Key also dismissed concerns about a lack of private savings by women, particularly into KiwiSaver.

"In some areas women dominate industries where the average income is lower. They're pay in slightly smaller amounts and some are not in the workforce because they're staying home and looking after children," he said.

In politics supreme arrogance seems to work in defying reality. Until it doesn't.

I hope the latter is not far away.

Interesting....yet we defy reality in so many ways....until it doesnt.
regards

There may be rude shocks with little warning for a few.

When was it ever not the case that there may be rude shocks with little warning for a few?

Yet if Caesar were slain for his ambition, then ambition should be made of sterner stuff....
An inconvenience for the arrogant, a chip from a mountain for those who would see a level playing field.

Suggests it was not ambition but the abuse of power:

Throughout Caesar’s dictatorship, Caesar had consolidated his political power even further, being declared dictator perpetuo (dictator in perpetuity) and also passed laws that allowed him to personally appoint senators and other officials loyal to him, and to dismiss others at whim.

I think John Key is being perfectly reasonable. I wonder if the Review accounted for the fact that our population is projected to grow significantly and the majority of new migrants will be young with skills that our economy is currently missing and that people today have fewer dependants than in prior years, so we can bear higher costs. If we manage to lower the cost of housing to a bearable degree, then we will be fine. If we manage to change the current skewing of our tax system which currently favours housing investment and build enough houses to lower rents, we'll be fine.

If we find more energy, we'll be fine.
A lot of ifs that...wont occur.
So for all your words, you think we can grow for ever?
regards

Unusually, I think Key may be correct on this. The popular wisdom for a while has been that the coming of boomers into retirement along with longer life expectancy would overwhelm the ability of younger people to work and support themselves and the retired, and I confess that I largely bought into that argument.
Three reasons for changing my mind are as follows:
1) The GFC in many countries, including those with rapidly ageing populations, seems to have brought about massive unemployment among youth in particular. Even though the causes of the GFC were largely unrelated to ageing demographics, the fact that there is very high spare capacity despite the ageing populations, suggests they have not caused an untenable burden on youth, most of whom presumably would welcome a job.
2) The government pension is not all that high, if that is all you have. And it is not all that much more than the unemployment benefit. For sure pensioners with considerable built up savings have a perfectly okay lifestyle, but at most that would hint at some means testing, and not stress over timing. Means testing, or super tax, seems to have failed the politically acceptable test.
3) Most pensioners I know are in fact pretty frugal; clearly upon retirement they watch their pennies fairly closely in most cases, for good reasons. It seems in countries like Japan and Germany, where populations are ageing rapidly, a shortage of consumption is a much bigger problem than a shortage of labour. Taking pensions off people would only worsen the issue.
It could be in time that life expectancy becomes so high that working past 65 becomes both necessary and very manageable . I am not convinced that it is essential to force the issue in the next say 10 years.

I rest my case above.

For labourers etc, 65 is bad enough, for myself if I have my health yes I dont expect to retire.
regards

Stephen L, I made similar points on another comment thread.  Its a silly recommendation anyway. Why make a fuss now when the policy won't come into affect until 2033.

The last Retirement Policy review recommended increasing the age to 67 over 13 years from 2020. The latest review included an indicative schedule that would see a 25 year old retire at 68."

Seriously, you think that a decision to raise the age of eligibility should only be made shortly before it is implemented?  So that people who are already 64, and have made plans based on the understanding that they would be eligible at 65, suddenly have to wait three more years until they're 67?

It's not the recommendation that's silly.  It's people who are already collecting their pensions, or about to start doing so, complaining about it.  It doesn't affect them and they have no business deciding how much of their grandchildren's money will be spent supporting their children.

What would the Treasury or Retirement Commission know about the future affordability of retirement in NZ? They clearly have hidden agendas against New Zealanders.
Better to refuse to debate the issue together.

What would the Treasury or Retirement Commission know about the future affordability of retirement in NZ?

Little - these people are primarily employed to keep middle class children off their parent's payroll, but on ours.

Have to give Key a very big tick for keeping to his promises here.  Could be the issue that keeps the Nats in power.

Key's version of addressing the concern over women's comparatively low level of savings seems to be: "Yes.  That's because they're paid less and/or at home looking after children".
I'm glad that's all sorted out then.