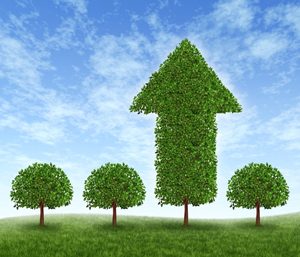 The New Zealand Institute of Economic Research (NZIER) says it may be time to change your KiwiSaver from a conservative to a growth fund.

A new report released in the Institute’s New Zealand Investment Quarterly says conservative funds are in for poor returns, and will barely outperform cash over the next seven years.

Conservative funds mostly invest in sovereign (government) bonds and cash, and only allocate a small portion to shares.

NZIER principal economist Aaron Drew says, “Conservative funds have performed very well in the low rate environment we have seen since the Global Financial Crisis hit, but they are likely to significantly underperform growth funds in the long term.

“There is a cyclical aspect to our forecast: we believe bonds, particularly sovereign bonds, are vulnerable to a correction when interest rates globally start to rise.”

Drew says funds will benefit from greater exposure to share markets and some alternative asset classes, which are expected to fare better than bonds in the medium term.

“Equities are looking like a mixed bag, with Europe, Japan and the UK offering better value than the US, Australia, Canada and New Zealand markets.”

The NZIER expects conservative funds to only return 4.6% per year to 2022, compared to the expected average 90-day bank bill rate of 4.2%.

The Institute points out that these returns (which are gross of fees and taxes), are all much lower than have been enjoyed over the past few years, and reflects its view that markets across the board are no longer cheap.

Drew hopes the report will re-ignite discussion about asset allocation in KiwiSaver, which he believes is too highly weighted to income assets such as cash and bonds.

The NZIER says conservative and moderate funds account for almost 44% of the $27 billion measured in the latest Morningstar KiwiSaver Survey.

“Over 40 years, the difference between a growth fund and a default fund could add up to tens or even hundreds of thousands of dollars for a KiwiSaver investor,” Drew says.

“There has been a lot of public discussion about KiwiSaver contribution rates and what is required to achieve a comfortable retirement, but members will not get the most out of the scheme if they are in the wrong type of fund for their risk profile and investment horizon.”

second article in a day telling me to take bigger risks with my money while The Bubble inflates and The Cows don't make gold anymore. nah.

And short term (?) all NZ$ performance data, share picking and NZ$ asset values are fogged by the biggest game in town, foreign exchange.

When interest rates go down, people are compelled to look elsewhere and take more risks to keep the return going, hence the attraction of growth funds, property buy/rent schemes, etc etc.
QE funds are still going to the stock markets, so its attraction for gain seeking individuals. Funds are not exempt.

The bull market in the USA is running out of steam and will turn bear if interest rates rise. The Chinese markets are in correction and could move to crash very quickly as they are fueled by retail money, the only markets doing ok are the DAX and fortse and that is on the back of ECB bond buying. I think that growth of the last few years is slowly turning so I would be heading for s more conversative approach at they moment

The financial markets are establishing an extreme that we expect investors will remember for the remainder of history, joining other memorable peers that include 1906, 1929, 1937, 1966, 1972, 2000 and 2007. The failure to recognize this moment as historic is largely because investors have been urged to believe things that aren’t true, have never been true, and can be demonstrated to be untrue across a century of history. The broad market has been in an extended distribution process for nearly a year (during which the NYSE Composite has gone nowhere) yet every marginal high or brief market burst seems infinitely important from a short-sighted perspective. Like other major peaks throughout history, we expect that these minor details will be forgotten within the sheer scope of what follows. And like other historical extremes, the beliefs that enable them are widely embraced as common knowledge, though there is always, always, some wrinkle that makes “this time” seem different. That is why history only rhymes. But in its broad refrain, this time is not different. Read more

It's a song. "Renee and the lemmings"
Kneejerk investing.