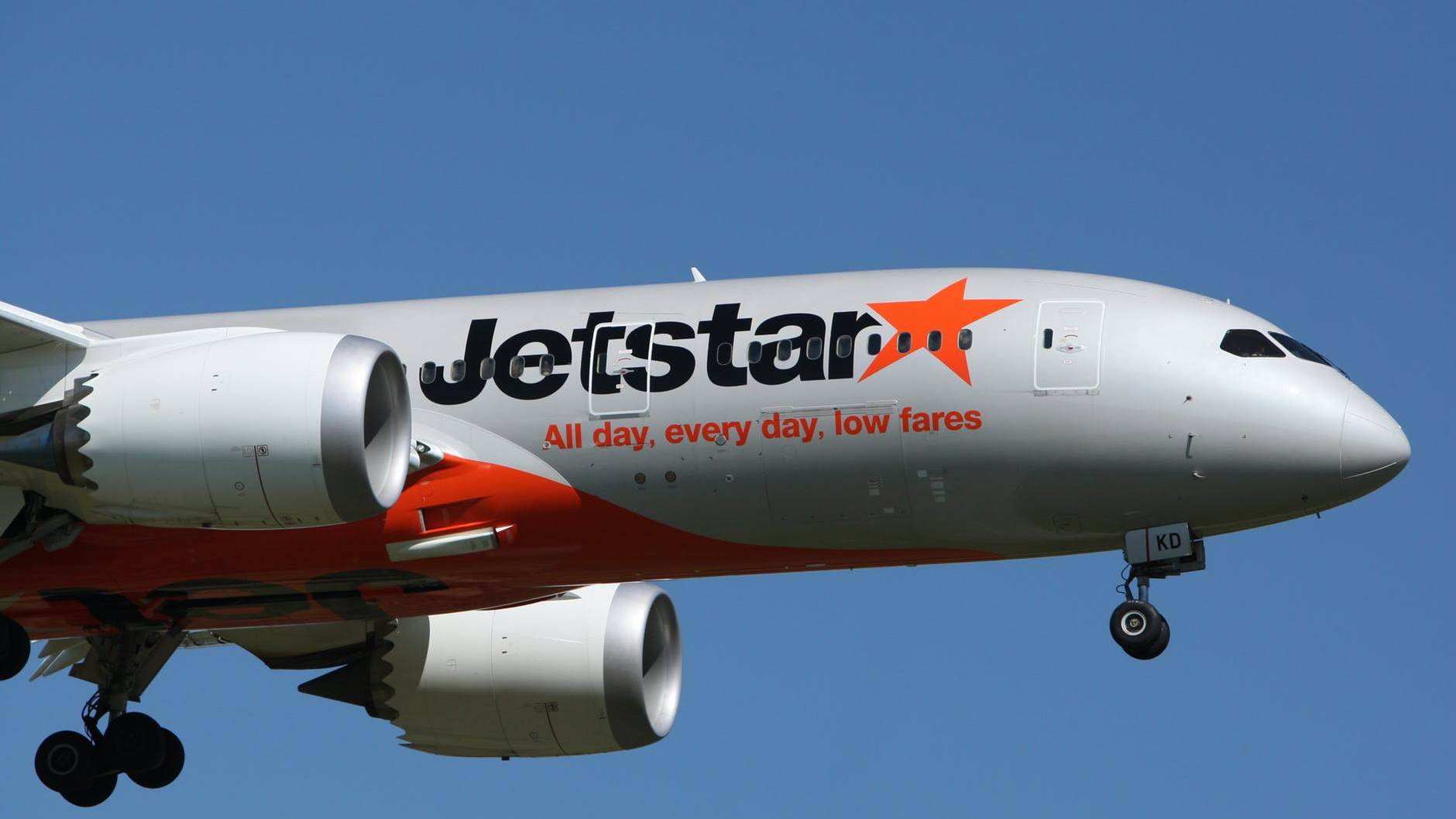 The costs for domestic travellers could rise following the news Jetstar will stop all regional flights from the end of November.

And it didn't take Air New Zealand long to step up with a special offer for affected Jetstar customers.

Jetstar currently offers up to 130 return services a week during the peak season across five routes – Auckland and Nelson, Napier, New Plymouth and Palmerston North and flights between Nelson and Wellington.

The airline's chief executive Gareth Evans says the decision was driven by the fact its regional operations were running at a loss, coupled with a softening regional aviation market and increased fuel costs.

“As a result, we’re announcing a proposal today to end our regional services, with the final flights on 30 November this year,” Evans says.

He says New Zealand's regional aviation market is facing some headwinds and he can’t see the outlook changing any time soon.

“We have given it a real go. However, despite four years of hard work, including becoming the most on-time of the two major regional airlines and having high customer satisfaction, our regional network continues to be loss-making.

“We understand there will be disappointment in regional centres at today’s announcement.”

The affected services are centred on its turbo prop flights to regional areas.

He says Jetstar has carried more than 1.3 million passengers since it began its regional services in 2015. The added competition has helped provide lower fares for regional travellers.

But that’s all going to end at the end of November.

“Our regional customers have been very loyal and we’d like to thank them, and all our regional stakeholders including airports, local councils, businesses and tourism organisations, for their support.”

In a statement it says it will continue to service the main centres with up to 270 domestic jet services a week between Auckland, Wellington, Christchurch, Dunedin and Queenstown, as well as up to 100 international flights a week across the Tasman and to Rarotonga.

“We are fully committed to our domestic jet services. It’s business as usual for the rest of our New Zealand operation.

It says Jetstar customers booked on regional services after November 30 will be offered a number of options, including a full refund.

Jetstar says it will begin a consultation process with 70 of its affected staff today.

Air New Zealand has now come to table after spotting a gap in the market and is now offering affected Jetstar customers discounted fares until the end of 2020.

It says Jetstar customers will be able to purchase an Air New Zealand seat-only fare for the same route on the same day (schedule permitting) for no more than $50 each way.

Eligible customers can email jqsupport@airnz.co.nz with proof of their affected Jetstar ticket to take advantage of Air New Zealand's offer. He says Air New Zealand will commit to not increase its lowest lead-in fares on the routes affected by Jetstar's withdrawal until at least the end of 2020, subject to fuel prices remaining stable.

That means fares starting at $39 each way will remain for Napier and New Plymouth to Auckland, as well as Napier, New Plymouth and Nelson to Wellington. Lead-in fares for Auckland to Palmerston North and Nelson will continue to start at $49 each way.

"Air New Zealand currently has 51 aircraft operating 320 flights per day to regional centres. We will evaluate the demand outlook on the affected Jetstar routes and determine whether we have the flexibility within our current fleet to add more capacity."

Damn. Back to the bad old days of the Air NZ monopoly and eye wateringly expensive flights :/

Might be better to use a bit more time and take the bus!

country of 4 million mate. not much room to move.

Some much needed inflation- shouldn’t we be happy?

Hang on - but AirNZ said regional demand was up - so was that as a result of price gauging to destroy competition - maybe something for the commerce commission to look into - but it wont.

The CC will definitely look into it, find no real evidence of anything (or if they do minimise it), then proceed with the traditional kiwi wet bus ticket penalty.

our regional airport is half way through a major redevelopment. Airport landing charges are going to be a problem sometime in the future, these airports have been running a very successful racket.

Here in New Plymouth we are getting an entirely new airport for all the increased "growth".

Of course when this growth was forecast, O&G was booming, dairy was at record high milk prices, and Jetstar were coming to the regions.

All we have now is another ratepayer funded monument to some self important Councillor.

Still, it's cheaper than what is going to be spent on a rugby stadium here....

Yes, well, that is a whole other article.

time for kiwirail to pull out those trains - great for the environment and more reliable - just need to make them faster.

Rail to New Plymouth, Napier, Gisborne, Rotorua, Tauranga and Taupo - why not from Auckland and Wellington

Rail to Nelson, Dundedin and Invercargill - again - why not?

because they are slower and massively more expensive and far less efficient than buses or flights. They lack granularity and lack point to point services and patronage would be far too low to make them economic unless you did your best impersonation of an autocratic despot and took all other options away from people. Passenger rail is a 19th century solution with no place in the 21st outside of big cities and densely populated countries.

Decent trains can easily compete with flights in terms of speed (especially as you don’t have to arrive half an hour early for a train). Of course there would need to be a big investment for that to happen, but it could possibly make sense. Trains are much more 21st century than flights - electricity is much more modern than fossil fuel.

I've spent a lot of time living and travelling in Europe. Flying was pretty much always cheaper and faster. You could often fly UK-spain cheaper than train London to Birmingham. Trains will always be uncompetitive because of the vast infrastructure and large numbers of staff and natural monopolies that they entail. It's only going to get worse when short range electric flight becomes a reality in a couple of years, autonomous flight not long after that. Infrastructure for flying is minimal.

That may be true internationally but not domestically. Just getting to and from the airport often costs more and takes longer than the full train trip. And you have to check in 2 hrs early (well you used to when I was there). Do you think that the UK will be ripping their train lines out in a few years with everyone taking electric planes? I doubt It.
Of course NZ is a different kettle of fish. I doubt trains would make sense here mainly due to low population density and years of no investment. But it might be worth a look.

They couldn't do a proper job running metro train services for Wellington and Auckland. So it's a massive call for a reliable on-time inter-cities service!

They are pretty reliable in Auckland. Much more so than flights.

A quick glance at the Railway and Tramway Atlas (1985) shows that Nelson is impossible - never had a connection to the mainline. And Gizzy is currently marooned at the end of a very challenging and currently washed-out route north from Wairoa. A little knowledge helps......

ComCom should regulate the maximum fares on regional Air NZ flights.
Its a pure monopoly and should be subject to updated regulation including the banning of predatory pricing.

Was it not to save our climate? Sailing is way to get there.

Only if we use wooden vessels from sustainable forests, and natural fibre sails from organically raised cotton.

None of this high emissions carbonfibre hulls, nylon sails, and advanced electronics. Otherwise that could be seen as hypocritical.

Cotton growers are notorious for taking too much water so it'll be hemp!

Good point, but it really should be native - maybe flax.

Air NZ and Qantas are now codesharing on each others domestic networks. Virgin has been put to the sword by them both. No point in running jetstar low fare regional services in competition with Air NZ if Qantas and their international customers can access discount rates for regional connecting flights on Air NZ. They just had to wait the appropriate amount of time before pulling the service. Jetstar will need to keep operating on the jet trunk routes to keep up the illusion of competition. Also to dissuade Virgin from reentering the NZ domestic market since they no longer have a deal with Air NZ. Which was part of the reason Virgin stopped flying NZ domestic routes in 2010 when they entered into their own trans tasman codeshare with Air NZ.

Pity. After their initial hiccups they ran a good service and kept Air NZ Honest. Can't say the same for Air NZ who seem to have gone backwards since Rob Fife left. A case of beancounteritus