Latest Roy Morgan poll shows Labour's lead diminishes and they would need the Greens to win. Labour's losses are being picked up by the Greens and National

Latest Roy Morgan poll shows Labour's lead diminishes and they would need the Greens to win. Labour's losses are being picked up by the Greens and National 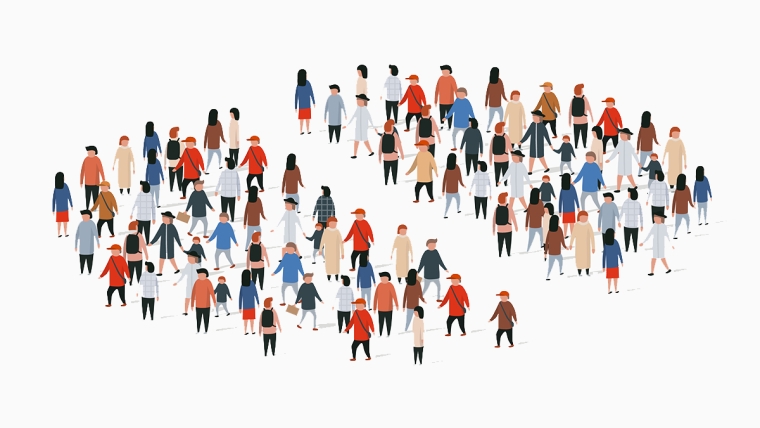 In August support for Prime Minister Jacinda Ardern’s Labour Party was at 48%, down 5.5% since July, but well ahead of National on 28.5% (up 2%), with just over a month to go before the rescheduled election in mid-October.

If an election were held today Labour could govern with the support of current partners the Greens.

Interviewing for this survey in August encompassed the period including the enforcement of Stage 3 restrictions across Auckland following the renewed outbreak of COVID-19 in the city and the decision to postpone the election by four weeks.

The renewed outbreak of COVID-19 and the re-imposition of restrictions in Auckland and around the country has clearly proved frustrating to many and the subsequent drop in support for Labour in August has narrowed the lead to 19.5% points between the two major parties.

Although this is the smallest lead for Labour since March it still represents a huge advantage to Ardern’s Government as it seeks re-election in mid-October.

This latest New Zealand Roy Morgan Poll on voting intention was conducted by telephone – both landline and mobile – with a NZ-wide cross-section of 897 electors during August. Of all electors surveyed 5.5% (up 1.5%) didn’t name a party. Electors were asked: “If a New Zealand Election were held today which party would receive your party vote?”

A small minority of 3.5% of electors support other minor parties outside Parliament.

Michele Levine, CEO, Roy Morgan, says several events in August have dented support for Prime Minister Jacinda Ardern’s Labour, but most of this support flowed to coalition partners NZ First and the Greens rather than the opposition:

“Prime Minister Jacinda Ardern has faced several challenges during August with a renewed outbreak of COVID-19 leading to the re-imposition of a Stage 3 lockdown in New Zealand’s largest city of Auckland and the re-introduction of Stage 2 restrictions throughout the country.

“The outbreak prompted the four-week postponement of the New Zealand Election until mid-October and raised questions about whether the elimination strategy pursued so far is a sustainable long-term solution to the threat posed by COVID-19.

“Today’s Roy Morgan New Zealand Poll shows the issues that emerged in August have impacted on support for the governing Labour Party which saw its support decline by 5.5% to 48% - its lowest level of support since March 2020 (42.5%).

“However, the good news for Labour is that the support has flowed largely to coalition partners NZ First, up 1% to 2.5% support and the Greens, up 3.5% to 11.5%. This level of support would not be enough to return NZ First to Parliament after the election but would likely lead to a coalition between Labour and the Greens with Prime Minister Ardern staying on in the top job.

“The Opposition National under new leader Judith Collins has recovered some ground in August with support growing 2% to 28.5% but is still below the level of support former leader Simon Bridges managed in April (30.5%) before he was dumped as leader in mid-May.

“Although the renewed outbreak and lockdowns in August have provided a new challenge for Prime Minister Jacinda Ardern, the quick response appears to have brought the outbreak under control and means Ardern remains heavily favoured to be re-elected with an increased majority at the rescheduled election in mid-October.”

A Labour-Green coalition with NZ First nowhere? Looks the most likely based on this then..........a long way to go though.

ACT look like they are just peeling off the more libertarian minded in the National crowd - cannibilization of the right, yummmmm......

There is more water to go under the bridge yet. I am surprised the Greens are doing so well.

I think the greens will be hard to predict this year. They get so much from the overseas/expat vote, which I would think is both hard to poll, and could be very different this year from in the past.

Not sure of the Greens popularity among expats; the party's base seems to be refugees, low-income families, non-retired beneficiaries and art majors. The fact that there are a lot more Kiwis in the second and third cohorts this time around, thanks to Covid, could have something to do with their rising popularity.

The party has targeted reducing NZ's income gap in their policy announcements: higher taxes on the "rich" (I do't think those earning over $100k should be classified as rich but that's just me), guaranteeing living wages and raising minimum benefit thresholds across the board.

But of course the poll was before the Green School debacle, which if it had been handed to journalists as a satirical opinion piece, would have been dismissed as beyond belief.

They now need to regather and relaunch obviously. How about then a better prescribed and plenary party name. Suggest for starters. The Green Socialist Party or more profoundly, The Socialist Green Party. Think either could be finished off, with a bit of a flourish, by adding “of New Zealand.”

Voters are slow to move across center divide (outside of times of crisis/disruption for ordinary NZers), but quicker to switch between parties on the left or on right. If Greens drop Labour will gain and vice versa - when Ardern got leadership in 2017 the left gained 4% over following 7 weeks, but Greens went from about 13 down to ~6% during same period. Popularity of incumbents always skyrockets during wars (which wuflu has been in a way) and generally takes a year or two to settle back.

The advent of Judith has not provided the expected boost for National. Where do they go from here?

Hang on, rebuild, don't change leadership until after the 2023 election

Looks like a distinct possibility of Labour and Greens. Heaven forbid. Hopefully the Shaw and Green School debacle will send a few from Greens to Labour and keep Greens out.

I wouldn't put much credence to this poll. The Greens on 11% is contrary to all other polls including the Greens themselves. Marama Davidson admitted as much in an interview this week admitting they were hovering around 5%. So for a poll to put them in excess of 100% above this figure shows how inaccurate this poll is and shouldn't be believed. Trends - Yes. Accuracy - No