Although pandemic-affected retail spending in 2020 delivered no overall gains, there were wide regional and sector variances with many winners and a few big losers

Although pandemic-affected retail spending in 2020 delivered no overall gains, there were wide regional and sector variances with many winners and a few big losers 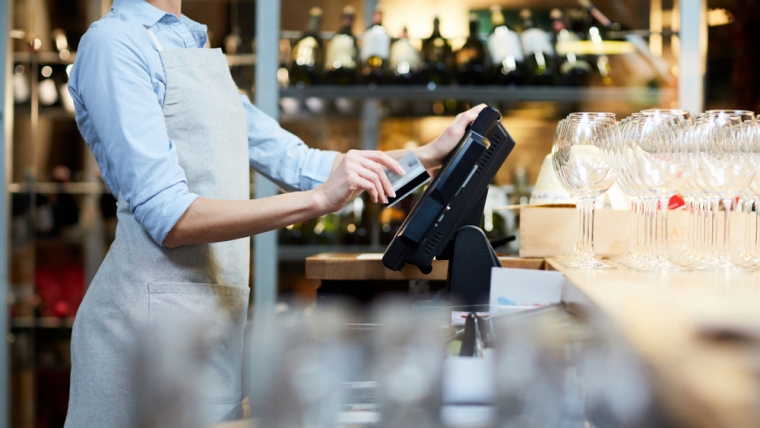 Retailers using the Paymark network know that 2020 was a tough year for many but by December for a number at least, the year ended on a high note.

The June quarter, which included Level 4 nationwide lockdown, saw payments through Paymark via an underlying set of Core Retail merchants drop 15.5% from a year earlier in dollar terms. By the December quarter that had completely reversed and year on year December 2020 was up by 5.0% over December 2019.

For the year in total, Core Retail spending was $42.6 billion through Paymark, an underlying increase of just 0.1%. Not surprising in view of COVID-19, the average spend on each transaction across all cards increased, from $39.04 to $42.58. 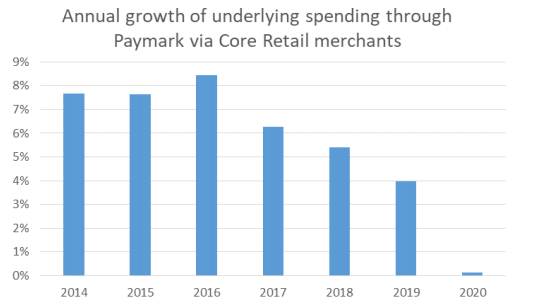 Dig below the total, though, and some very mixed merchant experiences emerge. Within the Core Retail sector there are three large groups.

There are the stores selling food and liquor, and spending remained strong for this group throughout the year, with an 11.5% growth rate for the 12 months.

Conversely spending through hospitality merchants was down 4.5% for the year. The hospitality sector can be split further into Accommodation providers, some of which also serve food and liquor, and the larger Food and Beverage Services sector, which includes cafes, bars, and takeaways. The Food and Beverage Services subset did experience a decline in spending (-12.1%) for the year but were again posting annual spending growth by the December quarter (+2.7%). Payments through Paymark for Accommodation merchants were down 30% for the year and were still running at this level in the December quarter.

The third group that makes up the Core Retail sector are merchants who generally sell the day-to-day goods that we all require. This includes clothes, computers, couches and cosmetics to name just a few. These merchants recorded a decline in spending of -3.2% for the year but growth had also resumed in the December quarter, in this case to +6.7%.

By the December quarter, Auckland/Northland Core Retail merchants had resumed spending growth while their peer group in Otago (-5.3%) and Southland (-1.8%) remained below year-ago levels.

With the exception of the West Coast (+1.6%), all other regions were recording higher growth rates in the last quarter of 2020 – a promising way to approach a new year.

Regional areas spending benefitting from Auckland & other NI visitors as well as internal migration. Plus some with strong hort & Ag business.

just a question -- but would the massive amount of money spent directly by the government on emergency accommodation and managed isolation not be excluded from these figures ?

Surely MIQ isn't a retail service, so any direct revenue from authorities (government expenditure) won't be included in the accommodation figure.

Also, MBIE/MoH don't normally use Paymark/EFTPOS to make direct payments to their suppliers.

Yeah. I would think that the total amount of QE (subsidy money) that was pumped into the economy, about $57bn needs to be considered and the net values are adjusted to give a clear picture of what the 'real' economy did throughout 2020.

Wow quite amazing really. That is one strong economy we have!