Tsunami warning: Uridashis not being rolled over

Tsunami warning: Uridashis not being rolled over 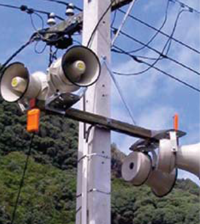 This year saw introduction of tsunami warning systems to Auckland's West coast beaches. Are they about to start sounding as the Uridashi Tsumani gets closer to land? August was the third straight month in which Uridashi and Eurokiwi issuances fell short of maturities by more than NZ$500 million. Over the last three months NZ$3 billion worth of Uridashi and Eurokiwi bonds have matured, but only NZ$1.195 billion have been issued, leaving a gap or currency outflow of NZ$1.805 billion. Uridashi bond issuers are increasingly diverting investments to countries with prospects of higher yields as New Zealand interst rates look set to be lowered further.

Brazil's central bank looks set to raise interest rates by 75 basis points to 13.75% at it's next announcement on September 10, said a recent survey by Bloomberg News. South Africa's central bank has set its interest rate at 12%, after an increase of 5% since June 2006. Such high rates have diverted Uridashi bonds from New Zealand. The RBNZ has indicated that there are NZ$20.6 billion worth of Uridashi bonds set to mature in the next 12 months. New Zealand has about NZ$50 million billion in Uridashi bonds. The New Zealand dollar has slumped 10% to 73.5 yen in the last six weeks.