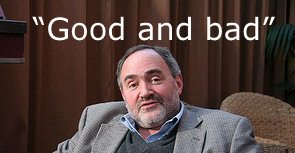 South Canterbury Finance Chief Executive Sandy Maier said the finance company would make an announcement on its future after 9.30 am to the NZX which would surprise some people.

Maier told Interest.co.nz the announcement would impress the government and would be a beginning for some parts of South Canterbury and an end for other parts.

He declined to give further details, except to say the short announcement made to the market was likely to be misinterpreted and would require significant interpretation.

Maier is in Canterbury to talk to staff.

We will update with further details as they come to hand.

What's the bet May Wang has bought the company....

just in over the wires - definitely going into receivership. goes to show SFO did have reason to have a peek-a-boo squiz at his books. all down the gurgler now. oh to be a happy tax payer bailing out another failed investment.

that is why i drive past my brick and mortar investments and thank goodness my money is not trusted with a business thief.

Why why why do we have to pay for others poor decisions, with interest added WTF???

Well Staff I have good news and bad news

ooopsy I meant I have some bad news....! and then some good news...

look why don't you lot just f#%k off home there's nothing to see here move along .... yes yes

How goes the Mayoralty in Waitakere.............. was that you I saw trying to buttchum Banksie in that Herald shot last month.