Labour MP says rents on campervans for hard-up and homeless earthquake victims 'bizarre' and 'over the top'. Your view?

Labour MP says rents on campervans for hard-up and homeless earthquake victims 'bizarre' and 'over the top'. Your view? 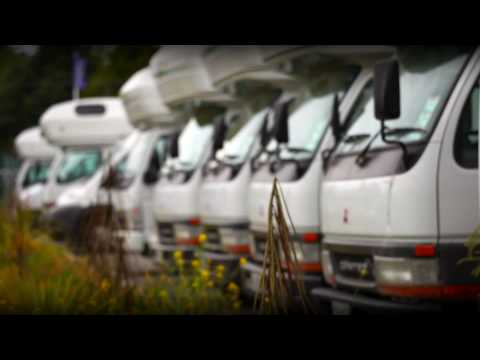 Rental rates on Government-supplied campervans earmarked for homeless earthquake victims in Christchurch are 'bizarre' and 'over the top' and need to be justified, according a Labour MP Clayton Cosgrove.

A fleet of 350 campervans was unveiled today at Canterbury Agricultural Park to provide temporary housing for as many as 1,8000 people left homeless by the Feb.22 earthquake.

Arrangements for portaloos to accommodate the camper village were also being arranged, according to a blog posted on the grassroots community website Rebuild Christchurch.

The Department of Building and Housing has fixed the campervan rents at NZ$190 a week per couple, NZ$271 for a family of four, and NZ$337 for six people. Occupants are also required to post a two week bond, pay for power and arrange for contents insurance.

Waimakariri Labour MP Clayton Cosgrove said the costs were higher than what renters who needed the portable housing could properly afford to pay.

"It's $570 to get through the door. Two weeks bond plus a week's rent in advance. In normal business as usual times that's understandable but there are punters out there who don't have a home, don't have a job and don't have NZ$600 in their back pocket to spare. Plus there's power on the top of that.

"You can't swing a cat in a campervan. I don't know where you put four people, let alone six, maybe you put a couple up on the roof rack. The word I'm getting from people in the community is that it is a bit steep. It's also more than the lowest payment for temporary accommodation which is NZ$180.''

Cosgrove said he wanted to see some market analysis that would justify the rents.

"I'd like to see the advice behind it which has come out of no where as usual and whether people can actually afford to pay that kind of money."

Housing department spokeswoman Merrill Coke said the rental rates were based on market data supplied to Government ministers who then determined what to charge.

Coke said temporary accommodation allowances available through the Ministry of Social Development would help to offset the costs for those who struggled to pay them.

Meanwhile Minister for Earthquake Recovery Gerry Brownlee told media in Wellington this afternoon most of the people who had been transitioning from one form of accommodation to another, and would use a campervan for a strict period of time, would be paying rent somewhere anyway.

There was also a cost to providing the campervans, Brownlee said in defence of the rents.

The campervans were “very, very much temporary accommodation” that would be back in the pool for the Rugby World cup by late August.

“We would expect that there is a different form of temporary accommodation [by then]," Brownlee said.

"You can’t magic these things up out of nowhere overnight. We’d hope to have the first of the better quality temporary accommodation available towards the middle of May," he said.

"I would also say though that inside the accommodation bank at the moment there is a large number of houses that are available, many thousands in fact, and my understanding is only 709 have been taken up so far."

Government was therefore "starting ahead of the curve" with a different, and what could be a cheaper, option for many people.

Cosgrove should ask around his Labour party mates...they seem to be into the landlord thing in a big way. He might also have a look in the mirror...a chance to see one of the fools responsible for the seriously unaffordable housing in NZ....

How very un-generous. I guess the Govt thinks they are weeding out the undeserving or those looking for a free handout. This Govt in NZ is tring to get through this with as little cost to the coffers as possible but the reality is that a disaster of this magnitude is going to cost big time and I think the Govt should just face up to the reality of that instead of trying to pass the cost on to others. In the Japan disaster, the Govt is building many thousands of temp houses which will be given to the needy to use rent free for a min of 6 months including all utilities. Also many thousands of empty council housing apartments are being earmarked for use by the disaster affected. Why can't we do the same in New Zealand?

We are not Japan. NZ is a very small economy and we cannot afford it.

I think the individuals involved need to face up to reality and not pass the cost onto the tax payer. Lets encourage some personal responsibility. Should have saved for a rainy day instead of living week to week.

Government should be paying for infrastructure and offering a safety net only. Disrupted people of CHCH should have immediately got the dole and not the $550 they did.

My sympathy is officially over.

Did your sympathy ever really start LOL

Engineer, I think you'll find that people are taking personal responsibility, but the government (via the EQC) are stone-walling everyone's efforts to move foward.

Hey Engineer I hope you never get caught in such a disaster. These people, sure may not have had contingency plans in place as you obviously do but they do deserve a break all the same. Having to shell out 1K-1.5K a month is pretty stingy and petty on the part of the Govt.

Of course we can afford it. The govt could pay for the cost of constructing the housing. the utility companies could surely afford to give away a little free power. The supermarkets could give a little food. Where is our community spirit?

We have to help each other, we are all Kiwis.

$337 for a family of six.  You can rent a perfectly nice house with little damage for that kind of price.

They have got to be deluded, kidding or just plain stupid.  Who the hell is going to live in a campervan in mid winter in CHCH.

Who is in charge of planning.

Every decision is more ludicrous than the last.

It's so stupid and embarassing, the people in charge need fired right away.

Get some of the business people who can't get on with their businesses to run these things not dumb bureaucrats.

Someone should ask questions as to how much the campervans are costing the government, and who is benefitting?

Just the Nats and the Chch Old Money looking after each other.

Thanks for that information. The deal did seem to smell a bit.

Colin, is it a great conspiricy or did someone slighty smarter see an opportunity, sidle up to the local MP and say, want a deal, have I got a great idea for you, make you look intelligent to the voters, my mates got a bunch of empty campers lets do a deal. From there its all down hill as a man with money (not his, ours) meets a man with experience(and money, think SCF), unfortunately Mp's never learn so we get screwed again and again.

"As the Bible teaches: 'Professing themselves wise, they became fools', the sociopaths craving power that rise like pond scum to positions of authority and become the societal cancer known as government can only be exorcised through an informed populace.

"The sociopaths craving power that rise like pond scum to positions of authority and become the societal cancer known as government can only be exorcised through an informed populace."

A good quote - especially the last part: "can only be exorcised through an informed populace", and does much to expalin explain why the NZ government invests so heavily in PR.

I doubt there is any great campervan conspiracy - more likely a mix of incompetence and the run of the mill nepotism that underpins business and government in NZ.

What do you expect, from a goverment that allows an Auckland taxi to charge $43 for a 1k fare-good advert for the Rugby WC! Most of those campers just sit in the storage yards in the winter anyway!!

Whatever happened to shipping containers for housing?  It seems to me the government was touting the very thing for other Kiwis in the care of the State.  I saw some very posh units on TV One.  Surely, in a flat economy like ours there are ports and lots full of the things.  Doing them up would create some well needed jobs.  And should there be lawbreakers in the community a simple padlock will secure them.