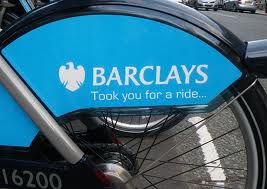 The man who oversees New Zealand's equivalent to the discredited London Interbank Offered Rate (Libor) says the local version is "global best practice" and is confident it can't be gamed.

"We are global best practice, there's no two ways about it," Atmore, a former head of financial markets at Westpac Institutional Bank and ex-CEO of Reuters NZ, said.

The NZFMA is this country's body for wholesale (institutional) banking. Its members include ANZ New Zealand, ASB, BNZ, Kiwibank, Westpac, Deutsche Bank, Citibank and HSBC. Its board of directors consists of representatives from its members, plus the Reserve Bank's acting head of financial markets Bernard Hodgetts, and is currently chaired by BNZ head of markets Graeme Liddell. The NZFMA captures, calculates and publishes a range of official reference rates and pricing data for New Zealand including BKBM rates, which are inter-bank lending rates.

Libor is a global benchmark for financial products including loans. Confidence in the system has been eroded after Barclays admitted submitting false rates in settlements with both British and United States regulators. Barclays' CEO Robert Diamond was forced to resign, the bank has been fined £290 million (about NZ$564 million), and there's talk of criminal charges with other banks also in the regulatory spotlight.

However, Atmore said the New Zealand system is different.

"You can't physically put in a rate in the way that Libor can be manipulated," said Atmore.

Here, a two minute trading window is opened each business day at 10.30am. Contributing banks have to submit rates that are representative of the price at which they have actually traded during that window, as opposed to Libor which is calculated from quotes or estimates that don't necessarily represent actual trades.

All the transactions that take place during the rate set on a particular day are published on the NZFMA's website giving what's described as a transaction window.

"Banks use an indicator rate so one can say 'okay, I believe the funding cost is there' (and) another bank may say 'the funding cost is there.' So there is the opportunity effectively to put in whatever rate you believe is sensible for that particular day. However, when you run a transaction window effectively ... you can't use a rate that hasn't transacted in that particular window," Atmore said.

"So you're saying 'well, it is based on a true market transaction period."

The transaction window provides full transparency around who is the major buyer or major seller, or the combination of buyers and sellers meaning a big seller or big buyer runs the risk of the market selling into them if they're a buyer or the market buying against them if they're a seller.

"Someone may attempt to do so (game) but it'll become very apparent who is trying to," added Atmore.

Rogue banker 'would be immediately obvious'

In a recent paper entitled Manipulating Libor - could it happen here? law firm Buddle Findlay, which is a partner member of the NZFMA, argued it would be immediately obvious if a rogue banker was trying to manipulate the market by submitting rates that were incorrect or not representative of the price at which they traded in the trading window.

"Consequently, even if there were bankers in New Zealand who were inclined to act unethically in this regard, they would face a strong disincentive to try, and would almost certainly be caught if they did so," said Buddle Findlay's banking law team.

The law firm said if such misconduct did somehow happen here, it could be addressed through a number of legal avenues, potentially by the Financial Markets Authority (FMA), Commerce Commission or Serious Fraud Office.

Meanwhile, the NZFMA website highlights a March 2011 Financial Times article about the problems with Libor suggesting its guardian, the British Bankers' Association, ought to consider the merits of a shake-up along the lines of New Zealand's one.

"Now, the (New Zealand) rate is set based on a weighted average price of the volume of paper traded during a daily, two minute window," the FT noted. "New Zealand’s benchmark used to be assumed to be an
accurate barometer of the cost of funding; now it manifestly is."

Atmore does, however, acknowledge he received a written complaint last September related to a futures close out.

"We dealt with it appropriately and all parties were happy at the conclusion of that process. That process was even looked at by the FMA and we've never heard anything back from them so they must be quite comfortable," Atmore said.

Atmore ultimately expects it to become the accepted norm globally for banks' treasury teams, who oversee balance sheet risk management, to run rate sets as opposed to traders doing it. He's "pretty comfortable" rate setting's done by treasury staff at most local banks even though it's not currently stipulated that this be the case.

The Central Banking Theater of the Absurd

The astounding hubris of central bankers is comical, but the consequences of their actions are playing out as needless tragedy.
Central bankers present themselves as Masters of the Universe. They are, but only in their own little Theater of the Absurd. In the real world, they are as clueless as any other mortals about the unintended consequences of their actions and the speed with which the corrupted, unsustainable financial Status Quo will decay and die.
The only attribute they possess in abundance is hubris. Their claims to godhood are comical when viewed in their little Theater of the Absurd, but they become tragic when the consequences of their actions play out in the real world.
Their job, such as it is, is to deflate a tottering system based on phantom assets slowly enough that it doesn't implode. Stripped of mumbo-jumbo, their strategy to accomplish this is to inflate other phantom assets to replace the phantom assets that are falling to zero.
All their promises, preening and posturing boil down to patting their breast pocket and speaking vaguely about a "secret plan" to end the crisis without bringing down the system that spawned the crisis as a consequence of its very nature.
There is no secret plan, of course, and no secret financial weapons; all they really have is artifice and the hubris to present artifice as reality.
To admit the usustainable is not sustainable would bring the entire rotten edifice crashing down, so the central bankers invite us into their little Theater of the Absurd and evince a phantom confidence in their phantom solutions that depend on phantom assets.
A swollen cloud of doom hangs over the central banker's little Theater of the Absurd; all their chest-pounding hubris and empty confidence is artifice, as phantom as the assets they claim will replace the phantom assets that have been destroyed by exposure to reality.
On their absurd little stage, they claim the Emperor's robes are thick and fine; and we laugh, bitterly, for these threadbare lies are all they have to "save" a parasitic, predatory, anti-democratic financial Status Quo.

Maybe I am missing something, not being an economist, but it seems to me quite possible to influence things by controlling what business one transacts during the 2 min transaction window at 10.30 am, if the touchstone is comparing the rates banks offer with the transaction record.

If they are so sure it wont happen in NZ , why then  dont banks publish their WACC (Weighted Average Cost of Capital ) ?
I would like to know what actual funding costs are for Banks in NZ , because we constantly hear BS from Bank executives about their funding costs and why we should fix rates , etc
The information assymtery in this area  is not healthy for an open economy

When there inside runners say, we are better than they are be careful! Right off the bat I can think of one recent law change that favours bankers over NZ citizens i.e Cover Bonds,  an action that was implemed in many of the countries with banks now blowing up and sucking the country with them and part of the reason that a bank blowing up causes so much damage is the co-mingling of risk with investment banking and retailing banking. Once apon a time this was forbidden. As these walls were removed the experts said it would make the finacial markets better no worries. Now we have what we have!!! http://bit.ly/yE0rV4