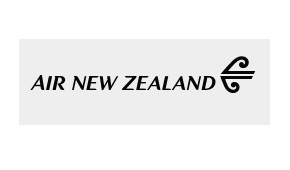 The Government said it had sold 221 million shares in Air New Zealand for NZ$365 million at NZ$1.65 per share, which was same as the share's closing price on Friday.

It compared with 0% discount with discounts for on-market block sales for other NZX listed companies over the last year of between 1% and 7%.

Finance Minister Bill English said the NZ$365 million would be allocated to the Future Investment Fund to be reinvested in schools and hospitals.

The government plans to sell 49% of Genesis Energy next year. It had originally planned to raise NZ$5-7 billion from the 'Mixed Ownership Model' programme of partial privitasations and share floats, but a collapse of the value of Solid Energy has made it less likely.

The Government said it had allocated 186 million of the 221 million shares to New Zealand brokers and fund managers, which meant 88% of all Air New Zealand shares would be held by New Zealanders, given the Government is retaining a 53% stake.

“New Zealand broking firms will now be responsible for on-selling the shares they have purchased to clients who meet the New Zealander eligibility requirements," Ryall said. "We expect share brokers will commence this process overnight and it will be completed through tomorrow," he said.

Ryall and English said 41% of the shares sold would be sold to New Zealand retail investors, while 43% would go to New Zealand institutions, and the remaining 16% would be allocated to overseas fund managers.

So just about enough to cover how much wild bill borrows a week on the behalf of us mugs?

How anyone could remotely still think these guys are in any way good for the economy is a joke, they took a country with among the lowest government debt in the world, to 60 billion in about 5 years.

It's all good though because Bills and Donkeys mates are getting richer.

that rant has nothing to do with this topic. I can't think of a reason to hold shares in an airline ..can you enlighten us all as to why the govt should?  if you want some, go buy some.

Because the fresh produce and flower exporters demanded the government maintain a service which independent foreign owned operators were hardly likely to entertain - volumes are just too small to make it work - so now we have an airline pillaging the uncontested domestic routes to remain solvent for a few  deserving exporters, whilst paying it's top employees sums commensurate with an operation based upon a population 10 times and more our size.

It seems the kiwisaver plans are already feeling the pain of a bigger corporate/fund manager influence.

perhaps you could become an adviser to the Government of Singapore and explain to them why they should no longer be the owners of Singapore Airlines.  There are a great many reasons that Governments could have to own airlines. and also airports . IN the US the federal government owns the major airports. But in the end there is really only one reason to sell that matters- transaction fees. If things arn't being sold then very important people are not making any money and we can't have that.

The airline industry = Commodity and exchange rate volatility, weather issues, geopolitical issues. The farmers of the sky. Good luck to those who paid top dollar for the shares.

Haha it's great job that Government is able to offload these shares at top prices with no discount, leaving the brokage firms holding the bag trying to get some sales on it.  The price of Air New Zealand have already lost 5c giving these share brokers a black eye.

It is also at that part of the cycle where the crude oil price is quite low and Air NZ raking in a lot of profit, this ensures top prices for the shares and good job on the Govt to offload them now.

I think the gov did the right thing. But would have preferred them to get rid of all of it.Still very little money from it, so not really that newsworthy. It is worth a week of borrowing.

Sell at the top of the cycle, and buy it back when their is another financial crisis. It is all a cycle.