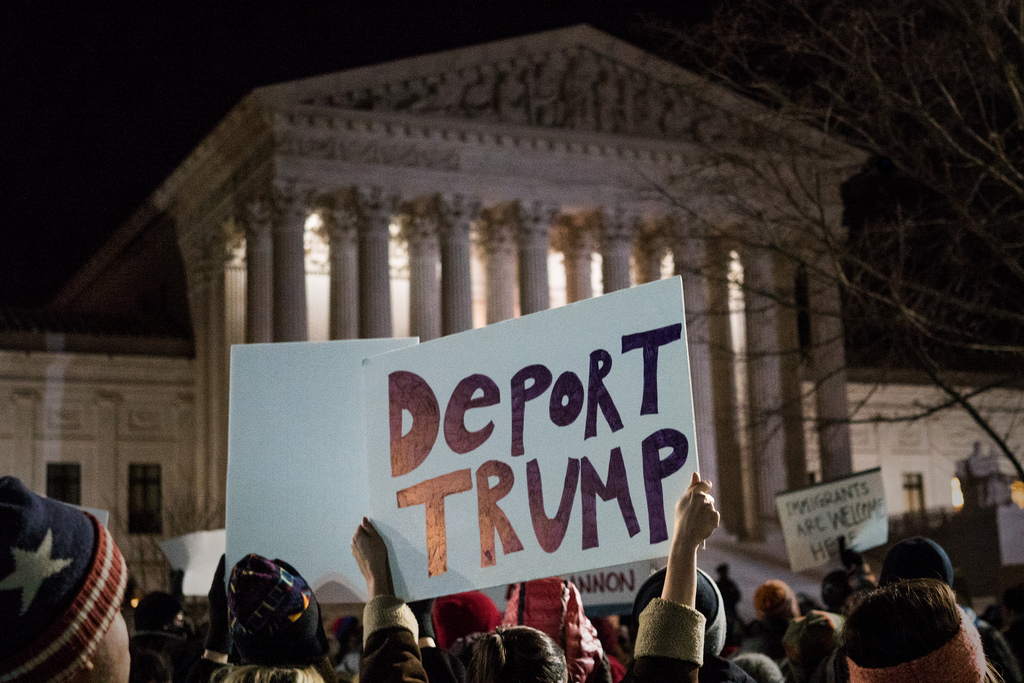 The legal community is being touted as the biggest roadblock preventing US President Donald Trump from pursuing some of his controversial promises.

Speaking to interest.co.nz at the World Journalists Conference in Seoul last month, she says: “Big corporate attorneys; attorneys who represent high level corporates, or business, contract attorneys… these are not public interest attorneys… are signing up essentially to do this sort of work; to do immigration law, to do civil rights law, to represent the marginalised in American society.”

“And attorneys who feel that that has already happened, or is happening, are stepping forward and trying to make a difference.”

Baker explains: “Our courts, our congress and our president are three equal branches of government, and right now you have one political party controlling two of those branches. The courts are an independent entity in our politics and they have been a roadblock.”

For example, the 9th Circuit Court of Appeals in February upheld a Washington judge’s decision to block Trump’s executive order preventing people from seven Muslim majority countries entering the US for three months.

Judges in Hawaii and Maryland then in March blocked Trump’s new watered down travel ban, in which he dropped Iraq from his list of target countries. Likewise challenging these ruling, they’re now before courts of appeal.

In another blow, a San Francisco judge last week temporarily blocked Trump’s efforts to starve localities of federal funds when they limit their cooperation with immigration enforcement.

The Washington State Attorney, who got the ball rolling against Trump’s first travel ban, General Bob Ferguson, last week told the US’s National Public Radio: “They've yet to find a single federal judge in numerous administrations - both judges appointed by Republican presidents and Democratic presidents - who agree with them on the travel ban or the sanctuary city executive order. That's been a key point, I think.

While the US’s state attorneys are at the front line of the legal battle, Baker says over 100 general counsel - top corporate attorneys - have signed amicus briefs against the travel ban.

“What this does is that it lends heft to the law suit. So it’s not just like, ‘Oh, some liberal state attorney generals want to do this because they don’t like Trump’. The more amicus you have, the stronger your argument is, as you’re showing the courts you have a lot of support,” Baker says.

She acknowledges that some law firms may be cautious about jumping on the bandwagon against the travel ban, due to the interests of their clients.

“Each firm, each lawyer has to weigh that, ‘if I do this pro-bono work, if I volunteer my time for this cause, is that going to cause problems?’

“Obviously you don’t want to hurt the business of your business.”

Yet she notes: “The immigration ban to many was so outrageous, and such a clear violation of law, that they just jumped for it, and attorneys just dropped what they were doing and flocked to JFK Airport…

“I think that energised attorneys and for the first time in a while, attorneys were seen as heroes. That was something that sent a lot of positive vibes through the legal community.”

Asked whether she believes the courts can interfere with the military action Trump is taking - namely to attack Syria last month - Baker says it may be possible if it can be argued it breaches the US’s constitution.

“To my recollection, I don’t know a president who’s been sued for violating the Constitution. It would be unprecedented in my lifetime. I’m not saying it couldn’t happen. I think it would be incredible if it did…

“These are unchartered waters for American politics and the legal world is trying to get a hold of what it can and what it can’t do, and what its role should be.”