Overall customer satisfaction with banks rose in the year to March 2018, but only four banks made gains while five suffered slippage

Overall customer satisfaction with banks rose in the year to March 2018, but only four banks made gains while five suffered slippage
14th May 18, 12:17pm
by Guest 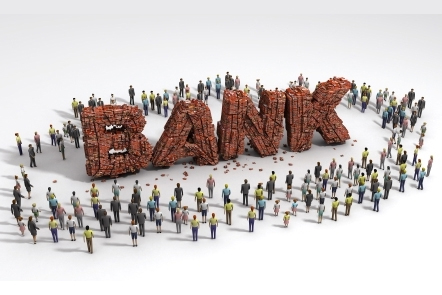 The latest results from Roy Morgan show that in the year to March 2018, overall consumer satisfaction with banks in New Zealand was 78.1%, an increase from 77.1% in the previous year. The increase was driven by improvement in customer satisfaction levels among three of the nine major banks, with BNZ up 3.5% points, Westpac up 2.6% points and ANZ up 1.9% points.

These results are from Roy Morgan’s Single Source (New Zealand) survey of over 6,000 banking and finance consumers per annum.

Kiwibank had the highest satisfaction of the largest New Zealand banks in the 12 months ended March 2018 with a rating of 83.2%, down only marginally from 83.3% over the same period in 2017.

This places Kiwibank well above the New Zealand average across all banks of 78.1% and narrowly ahead of second placed TSB Bank on 82.8%. Both of these banks were well ahead of BNZ (80.1%) in third place and ANZ (79.4%). The banks performing below average were The Co-Operative Bank, ASB, Westpac, Rabobank and SBS Bank.

The customer average across all MFIs for high advocates is 61.4%, with ANZ (58.5%) and Westpac (54.7%) being the two largest players performing below average. This analysis is based on fewer banks due to some having a low proportion of MFI customers.

“There are positive signs of improving satisfaction with New Zealand banks over the last 12 months to levels above the long term average. Despite this overall improvement, there remains a wide gap in satisfaction levels between the highest and lowest performers, as well the fact that only three of the largest banks showed improvement over the last year.

“In terms of the likelihood of MFI customer recommending their bank to others (i.e. high advocates), this is also an important customer focused metric and there are major differences in bank performance on this from just over half to over 90%.

“Satisfaction and Advocacy are both important in measuring customer predisposition and loyalty towards their bank. With this in mind, banks need to understand their position on both of these metrics relative to their major competitors and learn from the best performers.

“The data shown here is only a very small part of the New Zealand consumer finance data available from Roy Morgan. Other banks included in the survey are Citibank, HSBC, Macquarie, and Heartland Bank. The full database enables a truly holistic and unique understanding of consumers financial behaviour and trends gathered from over 6,000 interviews per annum.”

What’s going on at SBS Bank? I looked at the media releases on their website and they don’t even have a 2018 section, they don’t appear to have a twitter handle I can locate and their facebook feed is mostly pictures of bowls and golf. Maybe someone should check they're not asleep at the wheel? Might explain the above.