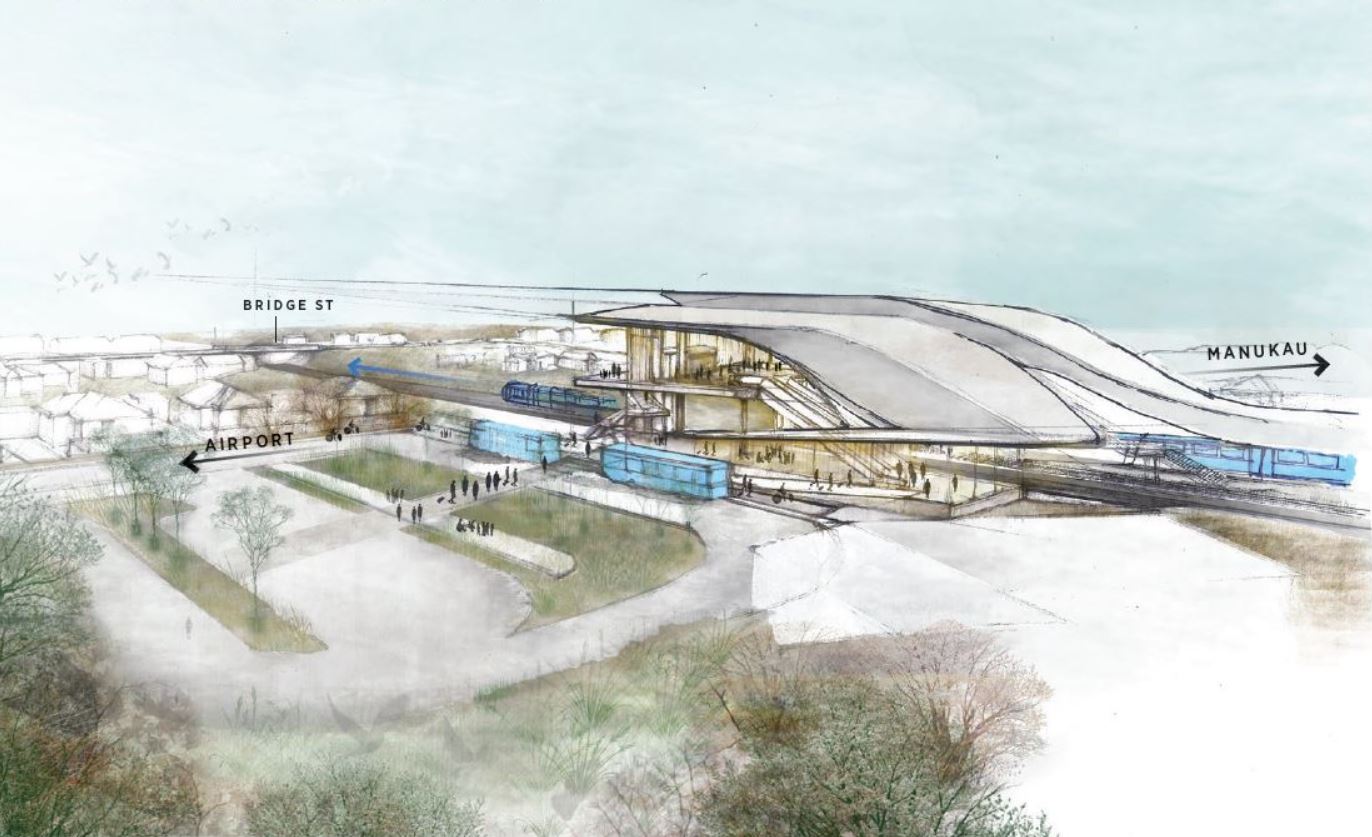 A new $58.8 million dollar transport interchange at Papatoetoe’s Puhinui Road could be up and running by the end of 2020, according to Auckland Transport (AT).

The facility, which will be built on land adjoining and over the existing Puhinui Station, will allow people to transfer between public transport services at the new joint bus and train interchange and it will also provide a vital link between the Auckland International Airport and Manukau. It will also include a pedestrian concourse over the railway lines.

In a business report to the AT board in February it says a contract for the Puhinui Station Interchange project’s design work is expected to be signed off in March or April and the main construction contractor will then be announced later in the year.

AT spokesman Mark Hannan says while funding sources are still being finalised, it has earmarked $52 million for the interchange in the Regional Land Transport Plan (RLTP), a transport investment programme it administers with the New Zealand Transport Agency (NZTA) and KiwiRail.

He says the NZTA’s contribution to the project hasn’t yet been confirmed.

Hannan says the fact the bus interchange will be built either side of the southern rail line could create some logistical issues during construction that could affect work on the new interchange.

“There are a range of factors that come into play with large-scale construction projects, and the constraints around access to the rail corridor while reducing disruption to public transport are challenging," he says.

“However, Auckland Transport is aiming for the station to be operating by late 2020/early 2021. Early involvement of the physical works contractor during the design phase will reduce the risks of delay by progressing the constructability of the design.”

Construction is expected to start by the middle of 2019 and be completed in the first quarter of 2021.

Hannan says a special overbridge joining two sections of Puhinui Road over the rail lines will be built as part of the second stage of the Airport to Botany Rapid Transit project, but funding hasn’t yet been confirmed.

The project is part of the wider Airport to Botany (A2B) busway. But while the full busway is expected to take years to be built, the Puhinui Station upgrade is expected to be completed in time for the next America’s Cup in 2021.

An AT report from October last year says the project is important for the region.

“Auckland Airport and businesses in the surrounding area currently employ 30,000 people and employment is projected to grow to approximately 90,000 by 2044. The airport area has been suffering from deteriorating accessibility for some time and this will get significantly worse with forecast and planned growth.”

The Puhinui Station Interchange is seen as an important way to provide public transport in the area and provide a link between the Airport and Manukau.

“Auckland Airport is the international gateway to New Zealand and key to the tourism economy. It is also a major and growing regional employment hub and key freight destination. The Airport Access Programme Business Case identified providing a new bus/rail interchange at Puhinui Station as an immediate way to improve airport access by public transport (along with other supportive measures). It also makes use of recent investment in the rail network.

“Puhinui Station is located in a strategic position on a direct route between the Airport and Manukau. It also has frequent connections to the City Centre and other parts of the region as both the southern and eastern train lines traverse through it."

About time, this is the bleakest station in Auckland network (2nd is Penrose). At one stage I was quite surprised that James Bond producer didn't use this station instead of Hashima Island !

the interesting part about this, along with the bus lane up puhinui road
it will be way quicker than catching the tram to get to town by bus then train

Yes this will be quicker than the tram, though not by much.

The tram is more about solving congestion issues in the CBD and adding good transport options to the Southwest; mangere etc. Though it will be the logical airport option for those living or working on the route, the airport station won't be the busiest stop.

Should have been done years ago . Now they should build high density housing around it .

Heavy rail would have far less frequency, the rail tunnel can only take so many trains, every train going to the airport is one that they have taken from the southern line.

Has to incorporate heavy rail branch to the airport. N