It is not true that Japan's experience proves that Modern Monetary Theory works, as some have argued. But increasing deficit-financed spending, in Japan and elsewhere, may still have merit, despite inflationary risks

It is not true that Japan's experience proves that Modern Monetary Theory works, as some have argued. But increasing deficit-financed spending, in Japan and elsewhere, may still have merit, despite inflationary risks 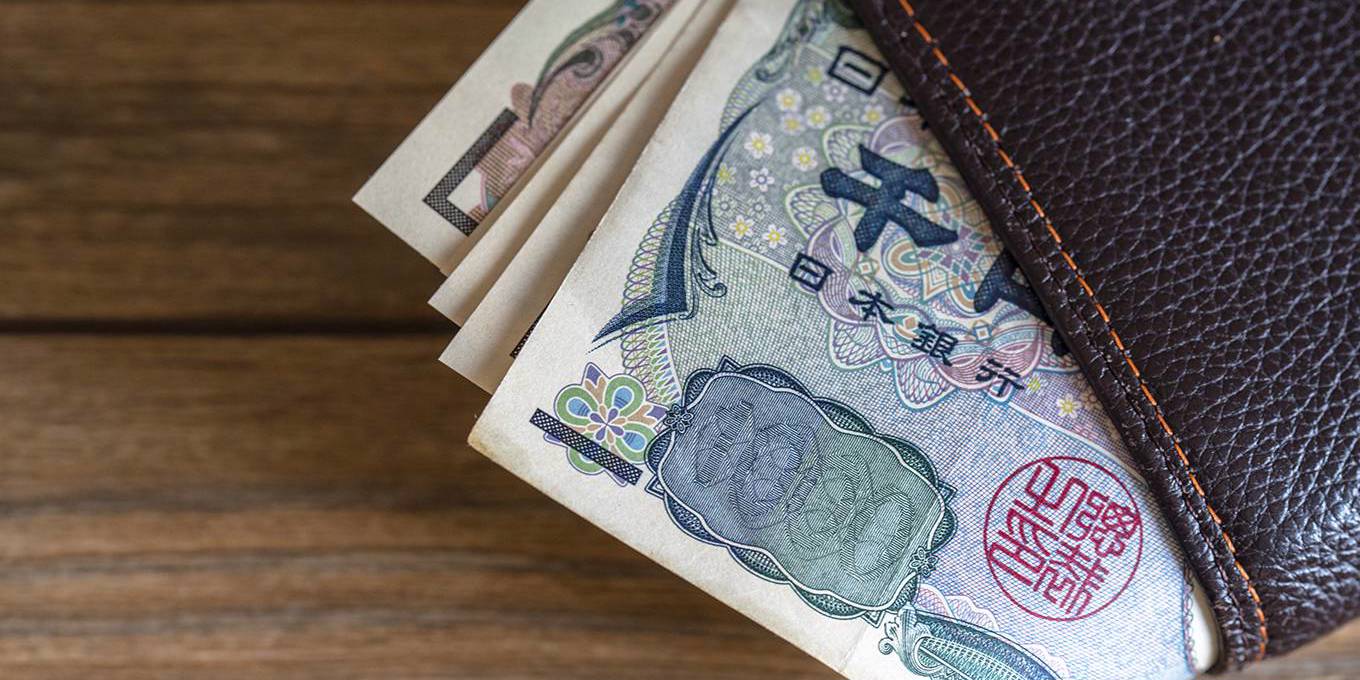 The once-obscure school of macroeconomic thought known as Modern Monetary Theory has been attracting a lot of attention lately.

Some US progressives, such as Representative Alexandria Ocasio-Cortez (AOC), and economists like James K. Galbraith, now advocate including MMT in the policy conversation, while others, including Kenneth Rogoff, dismiss it as problematic and even dangerous.

Building on Abba Lerner’s theory of functional finance, MMT essentially argues that countries that issue their own currencies can never run out of money in the way private businesses can. For US progressives like AOC and presidential candidate Bernie Sanders, this implies that the Federal Reserve could print large amounts of money to fund initiatives with major long-term benefits, such as a “job guarantee” program or public infrastructure projects. Because the United States can borrow in its own currency, the logic goes, the surge in public-sector debt would not pose any real danger to the economy.

Some MMT advocates – including Stephanie Kelton, a former economic adviser to Sanders – point to Japan as proof that the approach works. Despite high public debt, its economy is steadily recovering, and standards of living are high.

Moreover, MMT advocates point out, Japan’s expansionary monetary policies – a central feature of Prime Minister Shinzo Abe’s economic-revitalization strategy, Abenomics – have not generated a much-feared surge in inflation. Even within Japan, some argue that there is no need for a consumption-tax hike to fund public spending.

But there is a serious problem with this logic: Japan’s government is not as heavily indebted as is generally believed. Though Japan’s gross debt-to-GDP ratio, at 240%, is the highest in the developed world, what really matters – for the government, just like for private firms – is the net debt-to-GDP ratio, which accounts for real and financial assets. And Japan’s public companies have very large real assets.

In fact, by this measure, Japan is about on par with the US, and doing much better than France and Germany, according to the International Monetary Fund’s October 2018 Fiscal Monitor report, “Managing Public Wealth.” Further challenging Kelton’s assessment, Japan’s primary balance has improved under Abenomics, thanks to its economic recovery.

This does not mean that MMT has no merit, in Japan or elsewhere. In its campaign to increase consumption taxes, Japan’s Ministry of Finance drilled into the public psyche the concept of “Ricardian equivalence”: a government cannot stimulate consumer demand with debt-financed spending, because people assume that whatever is gained now will be offset by higher taxes due in the future. (It was this campaign that drove the MOF constantly to advertise the 240% figure.)

MMT can challenge this strict Ricardian belief, drawing attention to the potential of deficit financing, say, to boost employment through targeted social spending. And, indeed, Olivier Blanchard and Takeshi Tashiro have already proposed using limited deficit financing to help bring Japan’s interest rates up to zero, at a time when the government’s borrowing costs are low and the effectiveness of monetary policy is weak.

Implementing such a policy successfully, however, would demand careful attention to inflationary risks. The current deflationary phase will not last forever. Eventually, supply constraints will be reached, and inflation will return. If the government has been engaging in excessive deficit-financed spending, once inflation is triggered, it could quickly spin out of control.

MMT lacks any safeguard against that outcome (unlike, for example, the fiscal theory of the price level, which expressly counts on an independent central bank to manage inflation). In fact, supplying money with a constant nominal interest rate, as MMT seems to prescribe, would be the worst thing to do during an inflationary period, because the nominal market interest rate would probably be higher than the policy rate.

When discussing MMT, I cannot help but recall Goethe’s poem “The Sorcerer’s Apprentice.” The sorcerer leaves his apprentice alone to carry out his chores. Rather than perform his duties as expected, the apprentice decides to use the sorcerer’s magic, commanding a broom to carry buckets of water to fill a cauldron. It helps for a while, in fact, for quite a long time, but eventually the cauldron begins to overflow, flooding the room, and the apprentice cannot get the broom to stop adding more water. When he splits the broom with an axe, each piece becomes a new one, fetching water at twice the speed. Just short of catastrophe, the sorcerer returns and sets the situation right.

Policymakers who recklessly implement MMT may find, like the sorcerer’s apprentice, that once the policies are set in motion, they will be difficult to stop. And while a central bank can, with the requisite authority and independence, potentially step in to save the day, it is no all-powerful sorcerer.

-- Japan's public debt is almost entirely owed to its own citizens.
-- Japan is the leading creditor nation by net international investment position.
-- The value of the country's industrial output more than matches its public debt.
-- Compared to the Anglosphere, Japan has relatively low h'hold debt to GDP. If NZ had similar low levels of h'hold debt, I suspect our economy would be toast.

If Japan's gross debt-to-GDP ratio is at 240% I don't see how the "value of the country's industrial output more than matches its public debt".

Could you please explain.

Japan is where New Zealand wants to be. They have so many abandoned houses that you can move in, do some paperwork, pay fees and then eventually take over the property. Low to no cost housing. The dream of every boomer hoping to cash out for retirement.

Indeed I know someone who bought a decent house in hokkaido for 20k. She goes skiing each year. Probably cheaper over 5 years than an annual trip to queenstown. Very tempting.

If Japan's gross debt-to-GDP ratio is at 240% I don't see how the "value of the country's industrial output more than matches its public debt".

It is more useful to think of currency area rather than national/ foreign sectors. Mrs Watanabe can sell her yen if she wants just as can a bond vigilante wanting to make the widow maker trade on jgbs. China could dump us debt and dollars but it has to sell them to someone and in doing so would make a big loss so it won't. Why sell your yen if the ongoing deficits dont seem to create any inflation and a growing economy provides investment opportunities?

Fiscal deficits are private sector surpluses. The japanese private domestic sector is in surplus because of the trade surplus and large government deficits. The low private domestic debt is the corollary of the other two sectors spending more than the earn.

“Some ideas are so stupid that only intellectuals believe them.” George Orwell.
Leaving the complexities aside (the MMT mechanism is complex for a reason), this is just money printing and currency devaluation. Currently it is to be “paid back” but in reality I’m never will because it never can be and will only be increased on the future.
When has devaluing your currency ever worked in the long term for any civilisation? It’s current saving grace is that the world is devaluing together. If there was a genuine non fiat currency the emperor would be revealed to have no clothes on.

If the government printing money or creating credit devalues the NZ dollar why does that very action by private banks not also do so?

All excess spending from either government private domestic or foreign sectors beyond the productive capacity of the economy will create inflation. Where mainstream economics goes wrong is it tacitly assumes all government spending is merely inflationary and pointless. Or it assumes the money supply increasing on it's own creates inflation.

Yes that also devalues the dollar and is also wrong. Difference is banks can’t do it as they please whereas a government can.

Withay - increased money supply has to come from somewhere otherwise economies could never grow. I would argue this important power should be brought back under public control as banks have shown themselves to be completely unworthy of the task, lending to people to buy existing houses and causing horrendous house price inflation in the process. Meanwhile lending to productive business ventures is apparently too risky for the banks...

Why is there the assumption that for economies to grow there needs to be an increase in the supply of money? And what do you consider growth?
Assumptions like that are what ail us currently. I agree with you about the banks however.

Withay, you won't spend any of your precious gold if its value is constantly increasing in a deflationary system. You won't borrow 100 gold pieces to invest in production if you can only earn back 90 with the deflation of prices the increased production creates. Hence why bitcoin is useless as a means of exchange or method of financing credit. Pity the techies never read anything about money before they invented their cryptos.

So people won’t by food, petrol, clothes, pay a mortgage, rent? We buy technology even though we know it will be cheaper 6 months later. Time has value as well. It’s a fallacy to say that people stop spending. The world doesn’t stop just because we aren’t incessantly devaluing our currencies.
Remember, we are in the only fully fiat period in history! The rest of time (for thousands of years anyway) we had varying sound monies. Let’s not look so myopically.

The other factor in here is surely Size/Scale. The US and Japan are large economies, with extensive experience in providing most everything they each need from their own resources (Japan, pre the abandonment of nuclear, most probably). The MMT core assumption, as made explicit in the article, is that turning on the printing presses won't cause funding-in-own-currency issues.

Not so certain that most any other economy could tread the same path and get the same results.....

Japan doesn’t use immigration to fuel gdp growth, and is increasing productivity from its aging workforce through innovation. MMT fails to take sufficient account of the predictable behaviour of politicians when constraints are removed.
The lack of reference to the effect of inflation increase on the CGT take by our late unlamented Michael Cullen TWG while ist was well understood it was going to strip the wealth from families with assets is just a hint of what we’d see when we gave a government MMT to buy votes.

Bill Mitchell's response to this article
http://bilbo.economicoutlook.net/blog/?p=42640
Mainstream macroeconomics is not the master and MMT economists are not the apprentices.

The former deliver fake knowledge and all their incantantions cannot alter that fact."

Mitchell is increasingly being asked to address banks and financial institutions...mmt might not please economists but traders see how it makes sense.