Governments, and ultimately people, can reverse the alarming trends of 2019. But 2020 will be another year of living dangerously if short-term policies continue to be pursued at the expense of long-term vision

Governments, and ultimately people, can reverse the alarming trends of 2019. But 2020 will be another year of living dangerously if short-term policies continue to be pursued at the expense of long-term vision 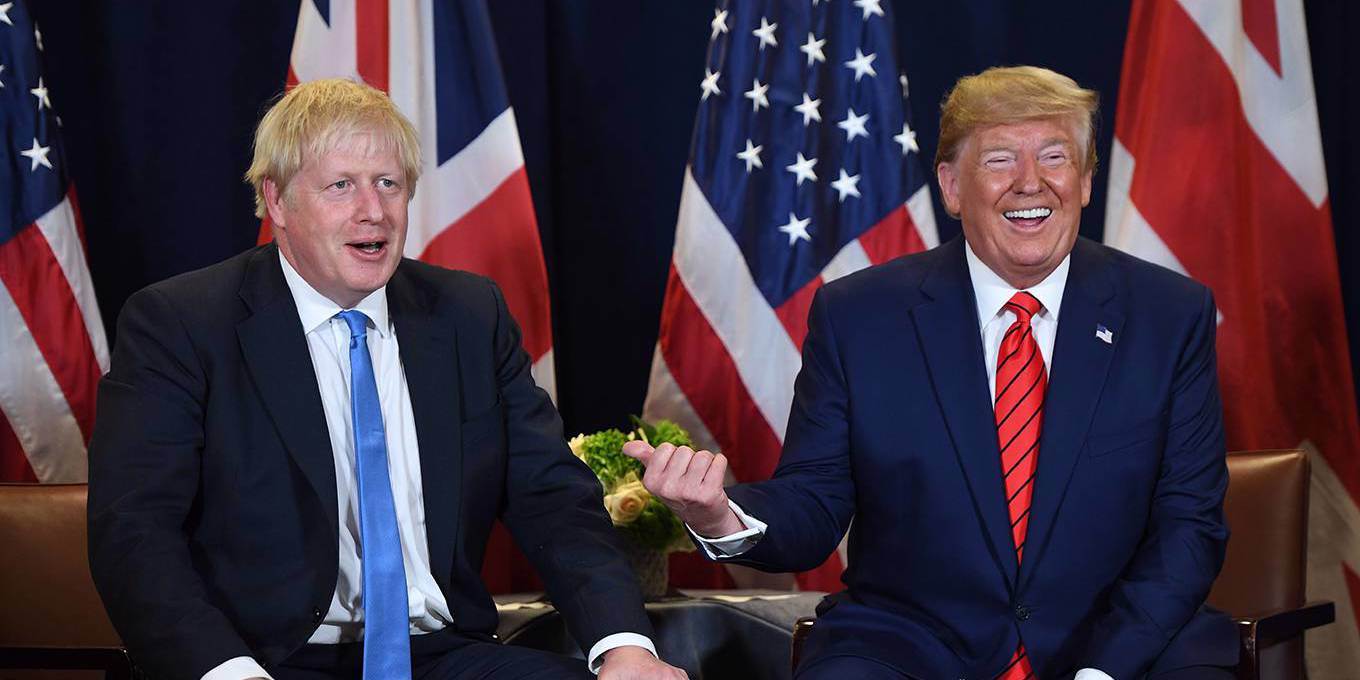 The year 2019 is ending with widespread demonstrations, rising inequality, and a crisis of representation in many countries. The world is sleepwalking toward recession and a new crisis, while depleting the environment. Governments, and ultimately people, can reverse these alarming trends in 2020.

61 countries will have presidential or parliamentary elections in 2020. Many citizens are tired of conventional orthodox policies; they want change, and they will choose new parties as a way to achieve this.

This is an important opportunity to redress the current situation, but many of the new emerging leaders are far right demagogues who blame today’s problems on social-welfare policies, migrants, and the poor, while aiming to remove all remaining constraints on capital. As in the United Kingdom, many whom neoliberalism has harmed will vote for these politicians, making the world a more unequal and riskier place.

A lot will be decided in the United States, still the world’s hegemonic power. How US citizens (many without much knowledge of global affairs) vote in the 2020 presidential election will have profound consequences for the rest of the planet’s citizens.

US President Donald Trump has already had a big impact on the world, eroding multilateral institutions, trade agreements, and global initiatives as part of his “America First” agenda. Despite the populist rhetoric, Americans in the main have benefited little. Trump’s large tax cuts for the wealthy, cuts to health-care access, and increases in the US defense budget are regressive, resulting in increased inequality.

Yet the right continues to win votes, partly because it is becoming ever more radical, offering out-of-the-box “unthinkable” policies – from building walls to exiting the European Union – that appeal to those who want change above all else.

Unless social democrats advance radical and attractive progressive public policies in 2020, the radical right will continue to rise, and with it the trend toward increasing inequality, economic risks, and environmental degradation.

How we got to this point is not difficult to discern. Four decades of neoliberal policies have eroded living conditions in most countries. Governments of both the left and the right, advised by the International Monetary Fund, the World Bank, and other organisations, have been pursuing supply-side policies focused on improving business competitiveness, which has meant lower wages, more “flexible” labor markets, lower corporate taxation, and greater income inequality. While companies sharpened their competitive edge amid falling living standards and rising public debts, global demand has stagnated.

Governments have also pursued cuts in social expenditures and the privatisation of public services. Paradoxically, most of the savings from these cuts have gone toward supporting private companies with tax breaks and bailouts in an effort to generate growth. Thus, the average citizen has experienced a significant decline in welfare, and growth has remained slow, because neoliberal short-term policies do not address the long-term structural causes of the problem: overproduction and excess capacity.

If the current course is not changed, austerity policies will continue spreading in 2020, cutting into pensions, wages, social programs, and labor protections. In 2020, austerity will become “the new normal,” affecting 113 countries, or more than 70% of the world population, and fueling more social discontent.

Absurdly, many governments are cutting social expenditures, but increasing military spending and supporting large corporations with public funds and limited regulation. At a time when half of the world’s population still lives in poverty (defined as less than $5.50 per day), this is likely to result in more protests and conflicts in 2020.

Austerity is not necessary. Even in the poorest countries, there are alternatives. The International Labor Organization, United Nations Women, and UNICEF report at least eight financing options to generate resources sustainably and avoid cuts to public services. For example, countries can curb illicit financial flows, crack down on tax evasion, increase the progressivity of the tax system, reduce debt service by better managing debt, or adopt more accommodative macroeconomic frameworks. There are many successful examples in recent times.

If governments were to opt out of austerity, we could see more countries successfully raising revenue for national development in 2020, increasing public investments that benefit people, and supporting real economic activity and human development, with a view toward generating decent employment and ensuring environmental sustainability.

In addition to improving financial regulation and redressing financialisation processes, these policies would help avoid the danger of recession and the possible economic and financial crisis predicted by institutions such as the UN, J.P. Morgan, and Moody’s.

Even if the world avoids economic calamity in 2020, environmental devastation will continue. The world is losing more than 26 million hectares of trees each year, an area the size of the UK, mostly tropical rainforests, affecting both climate and wildlife. Unless adequate policies are implemented, deforestation, overfishing, carbon emissions, and waste generation are all expected to increase in absolute terms next year.

These are not just national issues. Global problems require global solutions and multilateralism needs to be strengthened, not weakened, to work together to form sustainable solutions to improve people’s lives.

A better future for all is possible. Governments, and ultimately citizens, can improve the world in 2020. But if they continue obsessing about stock prices and quarterly earnings at the expense of a long-term vision, hiking defense spending and cutting welfare, blaming migrants and the poor, while allowing the rich to become richer and the environment to be further damaged, it will be another long year of living dangerously.

Isabel Ortiz, Director of the Global Social Justice Program at the Initiative for Policy Dialogue at Columbia University, was Director of the International Labor Organization and UNICEF, and a senior official at the United Nations and the Asian Development Bank. This content is © Project Syndicate, 2020, and is here with permission.

The right continues to win votes because the left has gone off the deep end. And she thinks the answer is for progressives to be more “radical” in their policy proposals? I can’t help but feel that this woman has a tenuous grasp on reality.

Why? To me she is making some valid points - perhaps some inconvenient truths for those on the right.

Exactly, the right has gone to the alt right and the left needs to be ctrl left. You have to fight fire with fire, the best response to xenophobic misogynists is to fill the country with muslims wearing burkas. That will teach them a valuable lesson, especially if all women are wearing burkas. We have a lot to learn from different cultures and we need a more diverse parliament full of all nationalities and religions because diversity is our strength.

No we don't skudiv for the best results people should stay in their own countries and not bring their problems and cultural issues with them when they finally figure out that their own homeland is stuffed. They should stay and sort out the mess they created and not try and move and stuff up other countries like New Zealand, their problems are not our problems. Burkas represent the suppression of women and should be left where they came from. If they cannot adapt to our way of life 100%, then keep them out. You try and go there and see how fast you get rejected.

OSH will be pleased !

You need to take an advanced degree in intersectionality, like I have, in order to understand why it is offensive for men to wear burkas, unless they are transitioning.

The bit about trading missiles with Iran prophetic, more it's been on the cards.

I wish the authors of these type of articles would properly reference the statistics they quote ........... it would add a whole lot of credence to their remarks .

It is full of references, or do you need more evidence of the dangerous way we are living, it should be obvious, right wing demagogic leaders are also obvious. Obviously living under a demagogue is total hell, you just need to open your eyes.

@skuldiv I opened the references at the time , one is the authors work , one is Stiglitz , whom I studied, and while I have much respect for the Nobel prize winner , I dont really buy into his neo-liberal ideology.

There is, in my view , author's bias in the article which comes from being a cloistered academic all your life .

the photo may look like a promo for "dumb and dumber"but the author raises some serious points made relevant by the recent assassination in Iraq.maybe trump is going to take on Iran to get re-elected in a wave of jingoism.it worked for thatcher.

Gummy, supporting T & B is a vote against conservatism.

The right in the US are deeply factionalized. The factions despise each other. The centrist thinking conservatives are horrified at this monstrous republican administration. There are many principled conservatives who are flummoxed by this lot, but they need to develop a pair .The evangelicals are known inside to be the christian far right. It is a party deeply divided and as it pursues more far right authoritarian programs it can only destroy itself internally. When is the question not if....

I can't understand why the evangelists don't support democrat, they are the party of tolerance and acceptance of everything just like the bible, legalised drugs and abortion are a part of modern life and they need to get with times and get rid of Trump.

How this plays out in the 2020 election will be very interesting. I get the impression that the younger evangelists are more open than the older evangelists and this could cause a split in the vote.

Trump, Putin, Modi, Xi and Boris. You can't have a better set of leaders to keep the population of the respective countries and the world on edge. Living Dangerously during the first half of the Twenties is guaranteed. Hang on to your seat.