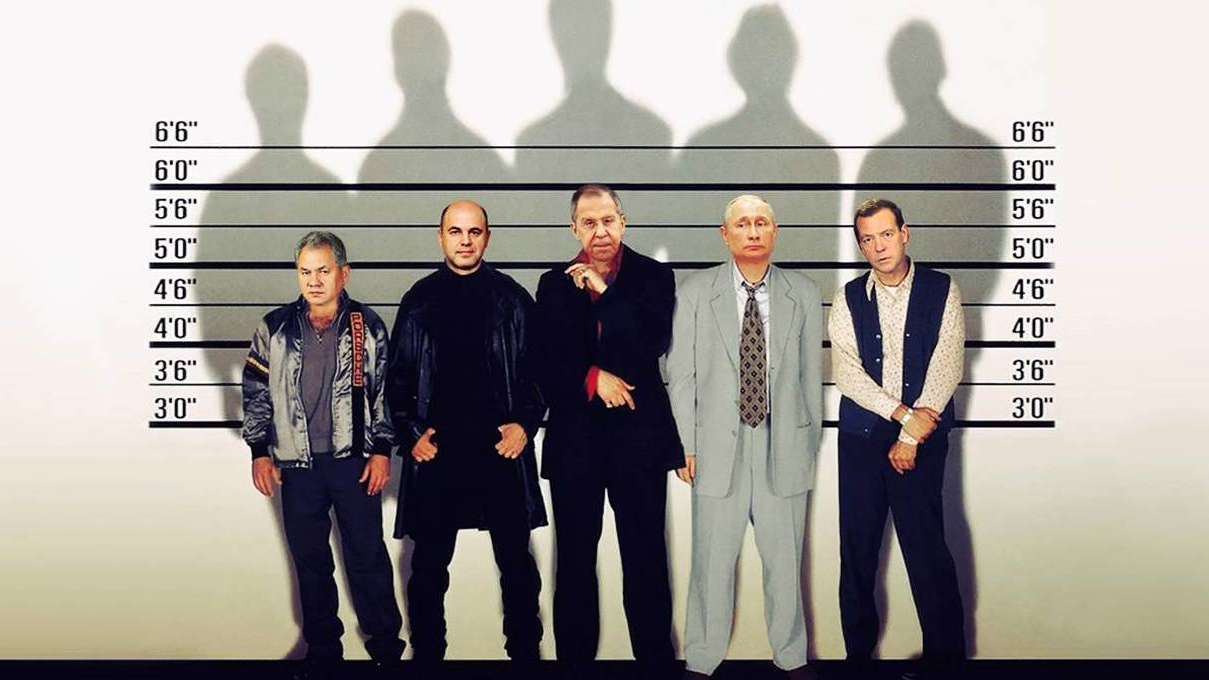 Last month, Russian President Vladimir Putin initiated an overhaul of Russia’s government and constitutional order, indicating that – one way or another – he will remain in power after his term ends in 2024. He has also adjusted his economic policy, on the assumption that more state investment will boost growth. But, here, Putin’s hopes are likely to be dashed.

Having served as Putin’s aide for seven years, Belousov’s thinking has come to mirror that of his master. The son of a prominent Marxist economist, he is an unabashed statist and a self-professed Keynesian, implying that he supports increased state spending. Since being “re-elected” in 2018, Putin and Belousov have focused on 13 national projects designed to improve the standard of living and increase investment in infrastructure.

For his part, Mishustin has developed a reputation as an effective administrator, and also as a computer geek with strong Western connections. He is widely praised for having digitized the Russian tax system, facilitating both collection and reimbursements of value-added tax for exporters. Yet the tax administration under his leadership continued its outrageous extortion of businessmen. As the anti-corruption campaigner Alexei Navalny has shown, the Mishustin family’s $45 million in Moscow real-estate holdings could not possibly have been acquired from legal income.

Still, while Mishustin has been one of the most important members of the Russian government since 2010, he has avoided public scrutiny. An effective behind-the-scenes social climber, he realized as early as 2008 that the fastest way into the new Putin elite was to play ice hockey, even though he had no natural talent for the sport. Likewise, following Putin’s lead, he has openly supported the Russian Orthodox Church. And the fact that his father worked for the KGB has certainly not hurt his prospects.

Putin’s personnel changes indicate that he was not happy with the previous government’s failure to disburse funds for national projects. Whereas Medvedev was perceived as a poor administrator, Siluanov was regarded as an excessively strict bookkeeper. For the past two years, Russia has had significant budget surpluses, despite Putin’s expressed desire to boost public expenditures.

In previous years, Putin’s main priority was protecting Russia’s sovereignty by amassing international currency reserves. But with reserves having risen to $560 billion, he has more than enough to feel secure – all the more so now that the likelihood of new Western sanctions has faded. With annual average growth stuck at 1% since 2009, the new priority is increasing output, which Belousov believes can be achieved through state investment.

More broadly, the new Russian government consists of nine deputy prime ministers (down from ten in the previous government) and 21 ministers, only three of whom are women. The rest are grey, conformist technocrats between the ages of 39 and 63, all of whom have close personal relations with somebody in Putin’s inner circle.

The new government has three distinct centers of influence. The first, somewhat surprisingly, is a “Mishustin circle,” comprising three new deputy prime ministers, one of whom is Mishustin’s chief of staff. Previous prime ministers have never had such strong personal allies in the government. Mishustin, clearly, will be a power to reckon with. The other two players with loyal blocs in the government are Sergey Sobyanin, the mayor of Moscow, and Defense Minister Sergei Shoigu.

In addition to being highly technocratic, the new government is also rather apolitical. The previous government’s two outspoken nationalists, culture minister Vladimir Medinsky and education minister Olga Vasilyeva, have both been dismissed, but so has its one true liberal, Olga Golodets. Putin seems to be suggesting that he is tired of culture wars and now wants effective administrators who can carry out his orders.

Nonetheless, Putin’s economic program has little chance of success. As in the past, the state’s investments in infrastructure and other outlays will be appropriated by Putin’s own cronies. Perhaps carried away by wishful thinking, Putin has yet to realize that a system built entirely on corruption is a poor facilitator of growth. This cluelessness was evident in Putin’s “state of the union” address on January 15, when he discussed issues such as demography, announced the constitutional changes, and paid passing lip service to the rule of law. As usual, he avoided any mention of market reforms, even though only such an agenda can position Russia to achieve growth above 1% per year.

Scratch the surface of the new government and one finds little to give Russians hope. One of the new deputy prime ministers, Dmitry Chernyshenko, clearly a Mishustin man, is widely assumed to have had a hand in the graft-ridden Sochi Olympics, and is connected to Gazprom-Media, a mouthpiece for the oligarchy. Another new deputy prime minister, Marat Khusnullin, previously pursued controversial construction projects in Tatarstan and Moscow. And the senior government official most responsible for the outrageous arrest of the US private equity investor Michael Calvey last year was none other than Belousov.

With this cast of characters, Putin seems to have set up himself for another disappointment – and, eventually, for yet another government.

Anders Åslund is a senior fellow at the Atlantic Council in Washington. His latest book is Russia’s Crony Capitalism: The Path from Market Economy to Kleptocracy.  Copyright 2020 Project Syndicate, here with permission.

What goes round comes around. Taken not much than a hundred years to complete the circle. Putin may as well call himself the Tsar. Tsaritsyn,Stalingrad,Volgograd,Putingrad? May as well.

Mr Aslund your article is full of propagandist content. Just to summarize what is said Putin...bla...bla...bla...names....names...corruption...Putin...bla...bla...more names...Russian government will fail. Suggest to do more serious research on this topic before writing anything.
This is Puitins last term, he had doubts about electing last time. He is tired but he is still a best suited person for this role considering the current situation. The government was changed due to a weak economic blocks performance and delays with national projects (money allocated, work not completed on time). Saying that Russian infrastructural projects are done 3x faster than anything i have seen over here. Ex prime minister and other russian ministers had some assets over in EU according to Navalny to whom you referred in the article, so now Putin proposed a new law which says that no one can take key positions in government if they have overseas residency or citizenship. This is to stop money flawing outside of Russia and reduce overseas influence. The are few challenges that a new government is facing - re-circulation of the capital (money to be invested in the economy rather than ended up in EU/UK/USA banks), achieving of the steady economic growth despite the sanctions (Russia is still under EU/USA sanctions), fixing the demography (big drop in 90s) - now government making one off payment of 10-11k NZD for the first child and about the same for the second. As to the corruption - it does exist, its level is going down due to a change of the generations, i believe the situation is slowly improving. Corruption exists everywhere, in some countries in the form of protectionism, last revealed facts from states show a real face of the democracy. Lies, cruelty, betrayal. This is new reality, have to live with that.

Andre 13 - Very good comments thankyou. I have always liked how Putin speaks, very logical and certainly would have him over Trump. I don't know alot about Russia's politic's but a friend has just been over there for 4 weeks and was blown out of the water how nice and orderly it is. He found the people friendly and helpful. For a country that is painted as the enemy by the US they are very cultural with Arts and theatre etc.

The article seems to have a somewhat negative slant. From what I read the Russians are praying that the sanctions imposed by the EU and the US stay in place for a lot longer. The reason is that they have forced Russia to become more efficient and develop import substitution industries, to their benefit. On a macro level Russia's stats look pretty good apart from low growth but on a micro level there is room for improvement. It would pay to remember that twenty years ago the country was on its knees.

And without doubt Putin is the best and most effective world leader by a mile. He is far more popular with his populace than any western leader I can think of is with theirs, even Trump. I don't know of any leader who has an annual Q&A live marathon session going four hours as he does, with questions coming in thick and fast on every subject possible. You can see these on the Vesti channel on Youtube.