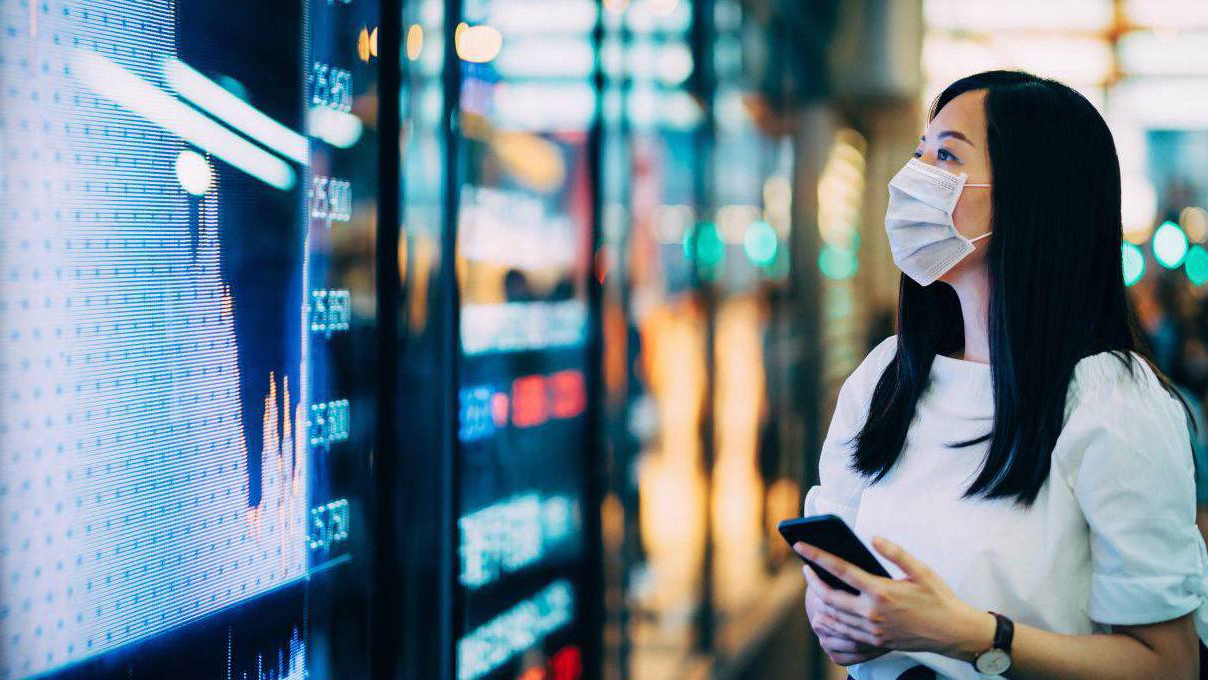 The world economy has risen from the depths of the initial COVID-19 plunge. But the recovery has been tepid, uneven, and fragile – and is likely to remain so for the foreseeable future.

Start with the good news. World merchandise trade has rebounded strongly, consistent with indications of a revival in household demand for goods in many economies, even as public-health restrictions and consumer concerns continue to hobble demand for services.

Moreover, financial markets have held up surprisingly well, with stock markets in many countries regaining or even exceeding pre-pandemic levels. Despite near-zero interest rates, banking and financial systems seem largely stable. And consumer and industrial demand has buoyed commodity prices, with even oil prices having recovered somewhat.

But as the latest Brookings-Financial Times Tracking Indexes for the Global Economic Recovery (TIGER) update shows, many economies are experiencing essentially no growth, or are even contracting. With private-sector confidence depleted, and the struggle to contain the virus far from over, the risks of substantial and long-lasting economic scarring are on the rise. 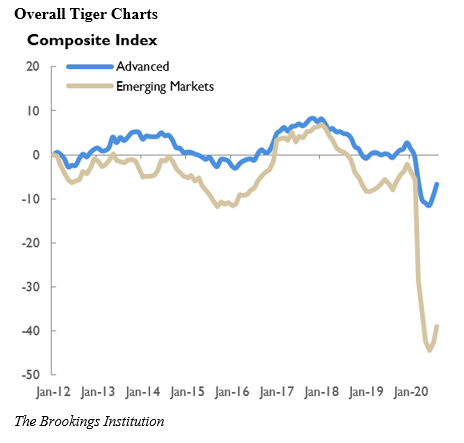 This is true even in the economies that have returned to growth, such as the United States. In some ways, the US seems to have turned the corner. Industrial activity and the labor market have regained some lost ground. The unemployment rate is falling, and employment levels are up.

But unemployment remains significantly higher, and employment significantly lower, than before the pandemic. The increase in long-term unemployment, together with ongoing service-sector disruptions, portends a difficult path to a more robust and sustained recovery.

It doesn’t help that fiscal-stimulus measures have largely lapsed, and negotiations on a new relief package have repeatedly broken down. As household disposable income has declined, private consumption growth has weakened. Similarly, business investment continues to contract – a trend that does not augur well for sustained growth.

Even stock markets, which experienced a sharp rebound earlier in the year, seem to be taking a breather. This may reflect concerns about the virus-containment strategy (or lack thereof) being pursued by US President Donald Trump’s administration. In any case, as next month’s presidential election approaches, heightened political and policy uncertainty is likely to keep consumer and business confidence muted.

The eurozone is in even worse shape. Not only has the pandemic decimated short-term growth; deflation is now setting in, raising the risk of a deep and prolonged contraction. While manufacturing in Germany and elsewhere has rebounded, the positive effects are more than offset by the enduring services slump, reinforced by ongoing public-health restrictions.

The United Kingdom’s services sector, by contrast, has experienced a revival. Yet the combination of erratic lockdown policies and far-reaching uncertainties surrounding Brexit are contributing to a continued economic contraction. Meanwhile, on the other side of the world, Japan is also in serious economic peril, though it has so far avoided sliding back into deflation.

Most emerging-market economies have not fared well, either. India is experiencing a sharp slowdown in economic activity, which could be exacerbated by a devastating acceleration in COVID-19 cases, fueled by the easing of lockdown measures. The government has pushed through some agricultural and labor-market reforms, but a banking system hobbled by bad loans remains a powerful constraint on growth.

Brazil and Russia have fared little better. Both have experienced substantial economic contractions, and have few policy levers available to revive growth.

The one country experiencing a strong recovery is China, where, thanks largely to the country’s apparent success in bringing the virus under control, both industrial production and services have rebounded. Retail sales and manufacturing-sector investment have also bounced back. By many indicators, the country’s economic performance is now even stronger than it was before the pandemic. 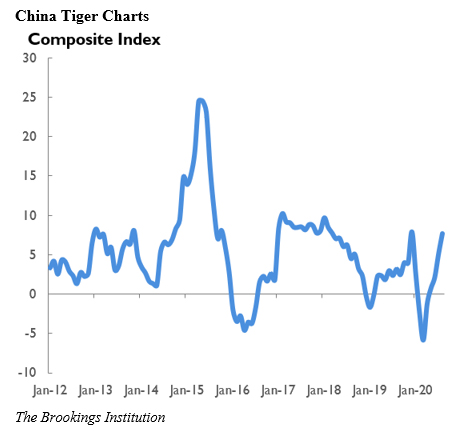 Yet, unlike in the wake of the 2008 global financial crisis, China’s strong performance is not likely to do much to buttress the rest of the world economy, not least because of the growing push toward deglobalization. China’s recently unveiled “dual-circulation strategy” – whereby the country will increasingly depend on the domestic cycle of production, distribution, and consumption for its long-term development – will reinforce this trend.

Making matters worse, central banks now have far less firepower than they did after the 2008 crisis. To be sure, the major central banks have pulled out all the policy stops since the COVID-19 crisis began, pursuing unprecedented monetary expansion in order to support economic activity and, in some cases, to fend off deflation. Some – most notably, the US Federal Reserve – have even adjusted their policy frameworks to signal tolerance of higher inflation. The central banks of some smaller advanced economies, such as Australia and New Zealand, and emerging economies, such as India, have also resorted to unconventional measures.

But the limits of monetary policy for boosting growth are becoming increasingly apparent. Meanwhile, large-scale purchases of corporate and government bonds, together with the direct financing of firms, are generating serious risks – not least to central-bank independence.

Against this background, governments have only one good option: further aggressive fiscal stimulus, ideally in the form of well-targeted government expenditure that could spur private investment. Whatever risks the increase in public debt may generate, they do not compare – especially in today’s low-interest-rate environment – to the long-term economic pain that countries will face without such stimulus.

To be effective, however, fiscal measures must be complemented by coherent virus-containment strategies, which credibly enable safe economic reopening. Without such strategies, demand and confidence will remain subdued, and global growth will continue to falter well into the future.

Eswar Prasad is Professor of Trade Policy at Cornell University’s Dyson School of Applied Economics and Management and a senior fellow at the Brookings Institution. He is the author of Gaining Currency: The Rise of the Renminbi. Darren Chang and Ethan Wu, undergraduate students at Cornell, assisted in the writing of this commentary. Copyright: Project Syndicate, 2020, published here with permission.

NZ should not under estimate both govt & RBNZ resolute to maintain the growth and stability of housing market, world can rise for the downside risk assessment, but rest assure NZ will always pre-empty with hand out even there's a possibility of little correction, it is known the unknown here, what will happen if they let corrections started - FHB & investors there will be no more golden time of opportunity as this crisis presented right now, the window of short term future wealth opportunity. Make the best of it, leverage to buy more..

I feel sure that NZ and a few other countries are experiencing an unanticipated upturn in economic activity which is good for the local economy eg Money not spent on overseas holidays being spent on goods & services locally. The loss of inward tourism / education will have a domino effect and the latter part of January 2021 will see the beginning of our future now our election, the US election and the holiday period ends. Jacinda's election speech was encouraging but her faith in the ability of her team apart from Grant seems misplaced but I am prepared to wait & see being a results person.