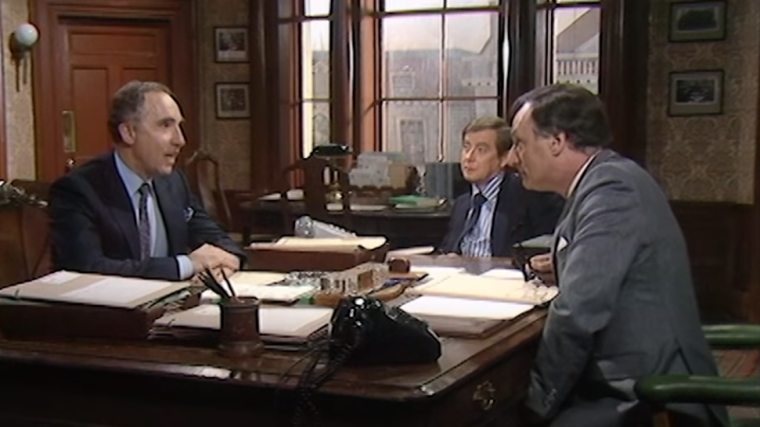 Good morning Minister? Congratulations, you are minister for the very important department of state which I run as Chief Executive. Have they fixed you up with all the accoutrements of office: the chauffeured limousine, your own car, state supplied accommodation ... ?

Do you like my new office? They refurbished it while we were out on the stump. Much better than the pokey thing in a back corner I had as an ordinary MP and a stunning view too. I’ve already transferred the personal things but the office looks a bit bare. They tell me parliamentary services will provide me with some paintings. Hope they are not too modern or challenging. My constituents won't like that.

Nor, if I may say so Minister, will the officials and lobbyists who troop through.

Well I am here. What next?

Have you read our ‘Briefing to the Incoming Minister’, which we finished after the election?

Bit long, and if I may say so, a bit ‘business as usual’. As the Prime Minister said during the election we are a progressive government leading New Zealand into the new world. Have you read our party’s Election Manifesto? What did you think of it?

Of course, we have, Minister. You know all about party manifestos.

What do you mean?

Manifestos are for getting elected. Nobody expects them to be implemented. Much of what is in them is not implementable, and in any case they have little to do with the issues that the government will be facing. The point of the ‘Briefing to the Incoming Minister’ is that it sets out the issues you will be dealing with, what you have to implement.

But so much looks boring.

It is Minister. Many would say that party manifestos are much the same – riddled with platitudes.

There is not much in the ‘Briefing’ for our voters.

You worry about voters during election campaigns. In Government you deal with lobby groups.

Does not sound much fun. It is not what I went into politics for. I want to get some things done.

I am afraid the reality is rather different, Minister.

The fact is the bureaucracy will run the country as best we can, Your job, Minister, is to assist us to do that.

How do I do that?

The department will prepare policy proposals to which you will agree. There will be some choices for you, but within the tight framework in which all policy occurs. We do not expect any fresh thinking or direction from ministers.

Then, when you have agreed, you will take the policy to cabinet and get them to agree to it. Once approval is given, you will tell us to implement it. If legislation is needed, you will introduce the bill and guide it through parliament making sure there are no substantial changes despite the lobbyists or the occasional fresh thinker.

Is that why we felt so impotent on select committees?

But why protect those at the top? Surely sometimes you make mistakes.

Of course we make mistakes, Minister. And we do our best to correct them. But we are not to be penalised. After all the Senior Leadership Team is the department.

I thought you chose the Senior Leadership Team.

In which case, Minister, I am the department. You protect me and I protect you. Deal?

So when you talk about the department and its policies, we are really talking about you?

You must know an awful lot about the things the department is doing?

Actually I don't. I and the Senior Leadership Team are managers. The professional expertise is in the lower echelons. We managers never have the time to master the technical issues. The department has vast cadres of administrators and clerical workers who have to be managed.

Is that why the briefings to ministers are so dreary? Really just about the problems the managers face, and hardly anything about the long-term strategic issues facing the areas for which the department is responsible? Cant we do something about that?

I suppose we could set up a forward-looking taskforce within the department. In case you are uneasy. Minister, I promise that it will be small and will not have much firepower; we’ll put a manager in charge of the professionals. I’ll tell you what. We’ll ask them to look at your manifesto.

If you do that, my colleagues in the cabinet will be so impressed. They’ll be envious – probably do it themselves. It will give the impression to everyone that we are a fresh, forward-looking government – even if it does not have any effect.

Well, Minister, you have a very good idea there. We’ll go about implementing it immediately. Would you like our communications section to prepare a press release? They are always looking for something to do.

Oh dear! This is the second article like this, I think Brian might be feeling a slight excess of cynicism post election? Or is it David?

I think one of the things Trump did in the early part of his tenure is sack all the Sir Humphries. That has upset the applecart somewhat. Whether that is good or bad would be a great subject of discussion. But I don't think this aspect of his presidency is well understood.

Spot on!
Which is why Trump is not only up against the Democrat machine but the Republican one as well. What 'his' side say and do can be totally different things.
Trump may be many things 'bad', but a thorn in the side of the Establishment isn't one of them. And one way or another, they'll take him out.

Yet the GOP hierarchy and disciples are all the way down the line on the gravy train whilst in power. To sacrifice Trump they sacrifice that. Against all odds Trump got the Republican nomination and that in part illustrates the Republicans, so desperate for the trappings of power after eight years absence, were terrified he would run as an independent and split of their vote. Betwixt the devil and the deep blue sea.

they won't take Trump out while he's winning, being in power is the most important thing of all.

Sure is. We witnessed a change from Democratic State senator to Republican for our county. Virtually overnight, a new curb side refuse contractor, road maintenance gangs, vehicle inspection accreditation’s, those and other services all changed hands.

There is a theory that this is why republics fail. They regress into patronage networks, which is why the Shane Jones Patronage Fund was such an awful thing. The common good becomes secondary, then ceases to exist.

All change, no change. Public Servitude puts people to sleep it achieves very little and expands the "Waste Line"....and they live off the fat of the land and produce sweet FA, even though Governments come and go, the support people, need all the support they can get and will expect a full blown pension at the end of the so-called..Working Life.

Contrast this with real achievers who achive things by working around the clock, around the rules, around the stumbling blocks, around the lifestyle blocks and feed us all into temptation so that when taxed, the Public Servants can live off the Fat of the Land, plus GST....of course....and get even fatter, year in year out, come rain or shine, Labour, or National, Greens, or ACT, ORR...New Zealand First....no chance. ....It is why Pay Rises, Inflation Rules, Minimum Wages Apply, WareHouse fires Workers, replaces em with shirkers and around and around we go, so that profits are made to keep the Ball rolling, until the Music Stops.....and a Pandemic stiffles TRADE....

Taxing money changing hands and supplies shifting around, stops in Lockdown, so Borrow Some More Money at cheaper rates, for ever and a day, until the Penny Drops....Pounds sink and the Dollar cost averaging..........Fails....and Stock Markets drop as people Twiddle their Thumbs....as unemployment rises, except as a Public Servant........floats by on ...heavily Borrowed Munny. Friday News......it is happening....pump and dump...ain't working.........

But keep trying....ORR.. steal from Savers as a Last Resort.