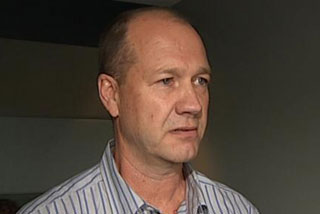 This statement below was issued by Klaus Sorensen on behalf of Mark Hotchin and Hanover Finance in response to this comment piece by Bernard Hickey on Interest.co.nz and in the Herald on Sunday.

1. “Duo should forfeit $5 million from Allied”.

This assertion is nonsensical. The payment of $5 million is part of the legal agreement entered into by Allied Farmers at the time of the Hanover Finance receivables and loan book acquisition.

The agreement called for the amount of $10 million to be paid by Allied as a maximum amount they were prepared to make as a contribution toward the costs associated with this transaction, the costs of closure of Hanover Finance Ltd, United Finance Ltd and Hanover Capital Ltd including any residual obligations, such as redundancy costs, legal costs, close-down costs, etc.

It was also agreed that these monies would be used towards clearing away any contingent liabilities which may arise. It is usual in a transaction such as this that the purchaser would assume all these liabilities. Allied did not want to take on the risk of these costs being greater than $10 million and instead negotiated a figure which was capped at this amount, and furthermore required this to be paid in two instalments.

It is important to recognise the transaction was at all times Allied’s not Hanover’s, since they were the bidder and purchaser.

2. “It was designed late last year as a sweetener to ensure Hotchin's involvement in the transfer of the loans”

This is a mischievous misrepresentation and completely without foundation. The $5 million payment due June 30, is to cover costs as per the agreement stipulated by Allied. The amount was from the outset earmarked to deal with the residual and contingent obligations of Hanover Finance Ltd, United Finance Ltd and Hanover Capital Ltd.

3. “Alloway uncovered many unpleasant surprises. He has had to write down the value of the loans by more than two thirds to $124 million. He is very unhappy with what he found under the hood on closer inspection. He has even talked about referring the details for further investigation by the authorities.”

These are accusations not supported by any facts or formal complaints to the appropriate authorities. The level of write downs is surprising even given the erosion of asset values resulting from the Global Credit Crunch.

It is important to understand that Hanover Finance Ltd and its shareholders did not represent loan book values to Allied and therefore can not be accused of misrepresenting them. Allied identified the transaction values following its Due Diligence and independent valuations and assessments from Allied’s own valuers and advisers.

The value of the loan book was set after Allied’s review/appraisal, and further validated by the KPMG audit on Hanover and United, the independent assessment by Price WaterhouseCoopers and the appraisal report done by Grant Samuel.

The extent of write downs since the transaction is presumably a reflection of Allied’s view on the assets and on the extent to which value has been lost as a result of a further decline in the market, Allied’s ability (or not) to manage the various loan positions, gain support from secured senior debt providers, service the obligations to senior debt providers all of which were identified at the time as being necessary to assist in retaining and enhancing the value of the loan book and any realisations from it.

4. “Hotchin is expected to use some of that money to finish his mansion in Paratai Drive”.

This is factually incorrect, as explained the $10 million of which the final payment of $5 million is due on June 30, was specifically earmarked to deal with transaction costs, residual obligations and contingent liabilities. Allied insisted on a cap on the amount and in fact costs have exceeded that amount. Therefore none of this money will result in a financial benefit to the shareholders of Hanover.

None of the money will be used to fund the completion of the house.

A quick note to all on this thread.

I am having to delete various abusive and unpleasant comments that have been made anonymously.

Ask yourself the question: before you press save, would you say this face to face to whoever you are saying something rude or offensive or defamatory about.

Ask yourself if you would use these words when talking to your mother or would be happy to have your name attached to the remarks if they were published on the front page of the newspaper.

Apart from anything else, please consider the expense and time involved for us at Interest.co.nz if Mr Hotchin's (well paid) friends at Chapman Tripp start firing letters at us.

Many thanks. Fair enough.
cheers
Bernard