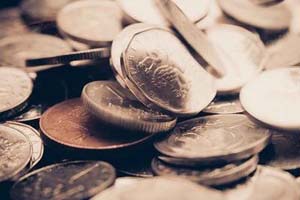 By Larry Hatheway and Alexander Friedman*

Today’s world is more economically and financially integrated than at any time since the latter half of the nineteenth century.

Isn’t it time to re-think the global monetary (non)system?

In particular, wouldn’t a single global central bank and a world currency make more sense than our confusing, inefficient, and outdated assemblage of national monetary policies and currencies?

And however farfetched a global currency may sound, recall that before World War I, ditching the gold standard seemed equally implausible.

The current system is both risky and inefficient.

Different monies are not only a nuisance for tourists who arrive home with pockets full of unspendable foreign coins. Global firms waste time and resources on largely futile efforts to hedge currency risk (benefiting only the banks that act as middlemen).

The benefits of ridding the world of national currencies would be enormous. In one fell swoop, the risk of currency wars, and the harm they can inflict on the world economy, would be eliminated. Pricing would be more transparent, and consumers could spot anomalies (from their phones) and shop for the best deals. And, by eliminating foreign-exchange transactions and hedging costs, a single currency would reinvigorate stalled world trade and improve the efficiency of global capital allocation.

In short, the current state of affairs is the by-product of the superseded era of the nation-state. Globalisation has shrunk the dimensions of the world economy, and the time for a world central bank has arrived.

Dream on. A single world currency is in fact neither likely nor desirable.

Central banks, while ideally independent from political influence, are nonetheless accountable to the body politic. They owe their legitimacy to the political process that created them, rooted in the will of the citizenry they were established to serve (and from which they derive their authority).

The history of central banking, though comparatively brief, suggests that democratically derived legitimacy is possible only at the level of the nation-state. At the supra-national level, legitimacy remains highly questionable, as the experience of the eurozone amply demonstrates. Only if the European Union’s sovereignty eclipses, by democratic choice, that of the nation-states that comprise it will the European Central Bank have the legitimacy it requires to remain the eurozone’s sole monetary authority.

But the same political legitimacy cannot be imagined for any transatlantic or trans-Pacific monetary authority, much less a global one. Treaties between countries can harmonize rules governing commerce and other areas. But they cannot transfer sovereignty over an institution as powerful as a central bank or a symbol as compelling as paper money.

Central banks’ legitimacy matters most when the stakes are highest. Everyday monetary-policy decisions are, to put it mildly, unlikely to excite the passions of the masses. The same cannot be said of the less frequent need (one hopes) for the monetary authority to act as lender of last resort to commercial banks and even to the government. As we have witnessed in recent years, such interventions can be the difference between financial chaos and collapse and mere retrenchment and recession. And only central banks, with their ability to create freely their own liabilities, can play this role.

Yet the tough decisions that central banks must make in such circumstances – preventing destabilizing runs versus encouraging moral hazard – are simultaneously technocratic and political. Above all, the legitimacy of their decisions is rooted in law, which itself is the expression of democratic will. Bail out one bank and not another? Purchase sovereign debt but not state or commonwealth (for example, Puerto Rican) debt? Though deciding such questions at a supranational level is not theoretically impossible, it is utterly impractical in the modern era. Legitimacy, not technology, is the currency of central banks.

But the fact that a single global central bank and currency would fail spectacularly (regardless of how strong the economic case for it may be) does not absolve policymakers of their responsibility to address the challenges posed by a fragmented global monetary system. And that means bolstering global multilateral institutions.

The International Monetary Fund’s role as independent arbiter of sound macroeconomic policy and guardian against competitive currency devaluation ought to be strengthened. Finance ministers and central bankers in large economies should underscore, in a common protocol, their commitment to market-determined exchange rates. And, as Raghuram Rajan, the governor of the Reserve Bank of India, recently suggested, the IMF should backstop emerging economies that might face liquidity crises as a result of the normalisation of US monetary policy.

Likewise, a more globalised world requires a commitment from all actors to improve infrastructure, in order to ensure the efficient flow of resources throughout the world economy. To this end, the World Bank’s capital base in its International Bank for Reconstruction and Development should be increased along the lines of the requested $253 billion, to help fund emerging economies’ investments in highways, airports, and much else.

Multilateral support for infrastructure investment is not the only way global trade can be revived under the current monetary arrangements. As was amply demonstrated in the last seven decades, reducing tariffs and non-tariff barriers would also help – above all in agriculture and services, as envisaged by the Doha Round.

Global financial stability, too, can be strengthened within the existing framework. All that is required is harmonised, transparent, and easy-to-understand regulation and supervision.

For today’s international monetary system, the perfect – an unattainable single central bank and currency – should not be made the enemy of the good. Working within our existing means, it is surely possible to improve our policy tools and boost global growth and prosperity.

Are you for real, or nah?

Look how well a single currency has worked for the EU, especially spain and portugal, no thanks.

Risky,nah, not if you get the symbols right.

I think a nice house shaped plastic coin, with rosebuds and a Ferrari emblem based on 1 million old American dollars will suffice.

It should not be too big, but big enough to not put in your pocket, just keep in the bank of your choice.

Oh and dare I say it, with eastern symbols to cement our new found non-working relationship.

That will work, I am sure. Everyone has faith in houses.

Though our Reserve Bank seems to have a few doubts.

Its already in use, BITCOIN
https://www.google.co.nz/search?q=bitcoin+usage+by+country&es_sm=122&biw...

A little too volatile for me
http://finviz.com/forex_charts.ashx?p=d1&t=BTCUSD

As you say, as per the Euro it will never work. There are too many differences between countries that would have to be harmonised. Immutable differences in national character, human nature, work ethic, market strength, weather, etc etc would make this impossible.
What is however required is some firm rules and policing for countries that manipulate their currency. When you look at the Euro currency it boils down to a large currency manipulation in favour of Germany and a few others at the expense of Greece Spain etc. If the Germans had their own currency it would be far stronger than the Euro and this would help balance its trade imbalance. Other countries like China are using different devices but the effect is similar and it is distorting currencies and world trade.

Hmmm, seems to be a Press release for the IMF to be handed more power to cause more trouble. The trouble with these international bodies is that is not clear who really controls them and what their agenda is.

The trouble with these international bodies is that is not clear who really controls them and what their agenda is.

Is it clearer now?

Yes, well, I was trying not to actually mention the more extreme factions of the secret intelligence agencies of the imperial power.

Cast an eye at this group
http://www.bilderbergmeetings.org/index.html

This is why property is popular as a store of value, it is the best attempt to avoid the meddling with local currencies which is done to allow the presentation of favourable results to the politicians and expressed as the illusion of growth and capital gain on paper. As inflation erodes the purchasing power of fiat money property, among other things, tends to retain an inherent value based on its usability. Bitcoin started up and speculators almost wet themselves over it. But the ultimate limit on bitcoin protects it from inflation as it is truly defined and once all available are mined it should maintain stable and steady purchasing power while all other currencies devalue against it. Time will tell.