Oliver Hartwich likes democracy but not elections because of the way they bring good governmnet to a halt. He wants to endure them less frequently

Oliver Hartwich likes democracy but not elections because of the way they bring good governmnet to a halt. He wants to endure them less frequently 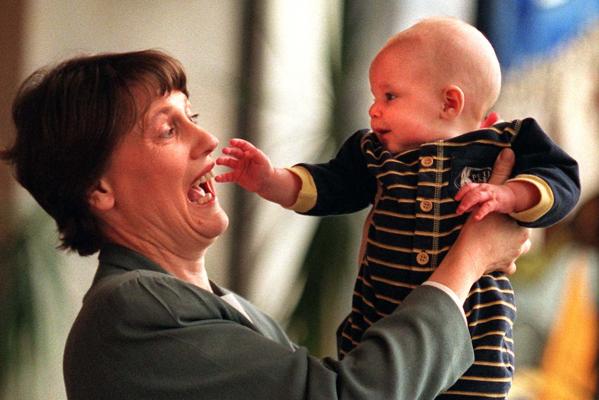 As a German living in New Zealand, I have the rare privilege of following not one but two election campaigns this year. Both of them are fought under the obscure MMP electoral system, and both of them are culminating on the same weekend.

New Zealand will go to the polls on Saturday 23 September, Germany a day later. And I am still wondering how to survive the next half a year in perma-election mode.

Democracy would be great were it not for election years.

Every three (New Zealand) or four years (Germany) serious policy-making comes to halt. Instead, we enter a time when politicians need to tell us about their upbringings, start kissing babies and demonstrate that they can shear sheep. Well, at least in New Zealand they do.

Now, personally I do not have a problem with any of that. Except that this is not what I care about. Nor is it what I expect our political system to deliver.

The worst aspect, however, is that election years tend to emphasise the ugly side of politics. Instead of talking about ways in which to tackle our country’s problems, politicians rather tackle each other.

As a parent, you would tell your kids off for some of the behaviour on display in election years. Shouting, foul language and bullying are not acceptable in the kindergarten or the school yard. But they are commonplace during election campaigns.

Alas, I am a member of a strange kind of species: a democrat who does not like election campaigns, if only for aesthetic reasons and their detrimental effect on good government.

Well, I have to qualify this. I am with Winston Churchill in his assessment that democracy is the “worst form of government, except for all those other forms that have been tried from time to time.”

There is no point in elevating democracy to a moral pedestal. There is no magic in numbers, and you cannot determine the truth by majority rule.

But given all the alternatives, democracy with its chance of peacefully removing one government by electing another and keeping rulers accountable to the people has a lot going for it.

My only quibble is whether it really takes elections every three years to achieve that outcome.

An electoral term of four or even five years might well deliver what democracy is meant to achieve. And it would spare us those ghastly election years.

And wouldn’t that be a relief?

*Dr Oliver Hartwich is the Executive Director of The New Zealand Initiative, which provides a weekly column for interest.co.nz.

Conversely, if elections were held annually they may evolve from the 3 year theatrics and concentrate more on what people want of them.

Yes - 5 years would be ideal. But I have sympathy for Morgan's argument about concentration of power in NZs parliament, perhaps a move to 5 years and the introduction of a small upper house would do the trick.

Roll on direct democracy.
Why should I be forced to vote for a party who's manifesto I don't totally agree with.
Democracy is captured by politics & politicians - time that they went.

Very much a "be careful what you wish for", it was direct democracy (referenda) that held the vote from the women of Switzerland till the 1970s. Referenda tend to favour extreme conservatism, they seem to be the preserve of people who fear progress. Had the human race be run by them since the beginning of time I reckon we'd still be living in caves.

better that than the numerous authoritarian leaders whom have come to power through democratic processes and trampled on human rights & led to the death of millions.

For some things. I would say that denying women franchise alone until well past the middle of the twentieth century is enough to discredit referenda. And if you look carefully at dictators in general, it is not a long stretch to see that many actually do what many people who demand referenda would vote for. What you are afraid of is when change comes like votes for women and legalizing of homosexuality and marriage equality, the sorts of things that referenda would seek to deny people, betcha. They are, as I said, by and large, the preserve of the conservatives afraid of change, and that referenda themselves are a form of dictatorship.

NZ Initiative always makes me suspicious that it has not thrown of its cloak of the heavy bias that was the Business Roundtable.
Perhaps it still is.....in drag.

The problem is we give so much power to the people we call our leaders what we need is to remove most of their powers to create rules and devolve that to the individual. Drug criminalization and prostitution are two fine examples of where governments have no right to interfere.

All governments do is spend their time transferring wealth from one group to another when they should only act with the interests of everyone. This would limit most of their power to environmental actions.

i like the idea of the lists being picked from the highest losers from each electoral seat.
also i would bring back the requirements to reside in the seat you represent .
last i would go the American system of 4 year term with 1/2 elected every two years,