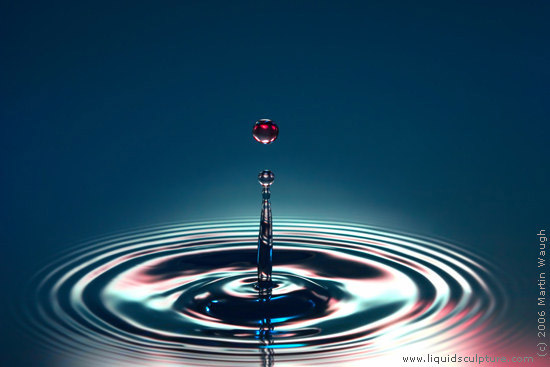 According to media reports, 20 billion litres of pristine New Zealand water are going to be exported over the next fifteen years, with not one cent in royalties being paid here.

By contrast, it has been estimated that the oil and gas industry paid around $230 million in royalties to the New Zealand Government in the last year alone, and has paid as much as $430 million in earlier years, based on products discovered and sold. The oil and gas royalties regime is notoriously complex and uneven, with many tax deductions available, and no levy on exports. It is applied at rates that can vary from 5% to 20%. Nevertheless, petroleum exporters are typically paying about 42% of their profits in taxes and royalties to the government.

Leaving aside the argument about whether oil and gas exploration is a good thing to be encouraged, and the complexity of the regime, it does provide a useful point of comparison to the way in which the likely burgeoning fresh water export trade is treated, all the same.

It is certainly true that New Zealand has an abundance of fresh water, so it is easy to see the attraction fresh water exports pose. And it is not new. For over 30 years there has been steady yet periodic interest in establishing a fresh water export industry. So, at one level, the argument could at least be mounted that fresh water exports are just another form of primary products exports from this bounteous country.

But the argument is not that simplistic. The great debate occurring about water needed for irrigation demonstrates the pressures being placed upon our water resources. The argument over the proposed Ruataniwha Dam in Hawkes Bay and the virtual drying up of Canterbury’s major rivers earlier this year as a result of a high demand for irrigation brought on by dairy intensification highlight the point.

And it is also intensely political. Environment Canterbury was sacked by the Government in 2010 over the allocation of water rights; iwi interests have long recognised the power of the ownership of water as the Resource Management Act debate shows; freshwater recreational interests have for equally long sought to preserve their traditional roles and relationships with water; and, the Land and Water Forum has patiently attempted to bring all the groups to the table to try to achieve a coherent policy response.

On top of all this comes mounting justified public concern about the swimmability of our major rivers. The response of seeking as a first step to make all major rivers at least wadeable is widely seen as too little, too late.

Against this complexly yet finely woven tapestry, it seems somewhat incongruous that a virtually unregulated and certainly untaxed water export industry is being allowed to develop. At the very least, there needs to be a coherent royalties regime put in place, akin perhaps to that for oil and gas, to ensure that our water resources are not being just given away.

But that will not be enough of itself. There also needs to be a clear national policy developed about water exports. For too long there has been a complacency that water will always be abundant in New Zealand, and while that is generally true, recent developments show we can no longer take it for granted. Dirty and dried up rivers, and contaminated aquifers are not what we have usually been used to, nor do we want them to become the norm. Especially, if at the same time, we have to sit and watch the ships sailing away with millions of litres of our pure water for which they have paid virtually nothing.

government + common sense do not sit along side each other well

Put in context it's nothing to do with common sense.
Its election year. Desperate semi independent poly wants to get back in.

yeah - don't suppose there are too many irrigators in Ohariu

I think Peter Dunne will come up with a lot of "common sense" and "warm fuzzy stuff" between now and the election that has somehow eluded him for the past 8 years.

And we also must have in any consent, provision for adjustments to it for say, long periods of drought. Some areas of the country run the risk of running dry as California has, and the Canterbury and Hawkes Bay regions have a long history of drought.
Ideally, I would like to see us take a serious stand on all this precious water ending up in single use plastic bottles, maybe a levy on that as well, unless the organisation taking the water can prove beyond question that water is not being bottled in plastic. Personally, I think that is just as big an issue than that of the water being whipped out from under our noses for zero return.
This one is NOT going away National and anyone else seeking to govern.

At the moment it appears that the 'free' water is taken overseas and then the currency traded for returns to buy freehold land, Really!

Yes , we are the softest touch on the planet , gifting Kiwi citizenship as if it's of no value to cow squeezers and courier drivers ; allowing foreigners to buy up our houses from underneath us resident citizens ; and giving away mega billions of litres of our water gratis ...

... the leaders in Wellington are so out of touch with public feeling on these matters ... there is a serious disconnect between us and them ...

Water is a valuable resource and the idea that is free or no one owns it is nonsense. I think a royalty is probably part of the mix if we want to manage it well.

Once someone has consent to take water, they own it.

Well then, we are just going to have to change that, aren't we?

How dumb can we be ... current talking points ... we've got so much of the stuff we can't sell it ... if someone can make use of it good luck to them ... and the Beehive view ... if we start charging for the stuff it would upset the canterbury irrigators ... can't do that can we? ... yeeeeeaah

The foreign smarts can see the value in "Brand NZ" - 'free' water is taken overseas and sold as "NZ Water", then the currency it's traded for returns to buy freehold land

Here we are with an opportunity to earn some royalties for a valuable resource that we've been treating as worthless, maybe follow the lead of Norway and set up a sovereign fund for the benefit of citizens, or we could just carry on throwing it away for nothing because our politicians are slow-witted, cowardly and easily corrupted? God, what a terrible dilemma, how will we ever decide.