Carpool campaigner Paul Minett explains why he thinks paying people to travel as passengers, instead of driving, could reduce Auckland's traffic congestion

Carpool campaigner Paul Minett explains why he thinks paying people to travel as passengers, instead of driving, could reduce Auckland's traffic congestion
11th Nov 17, 11:54am by Guest 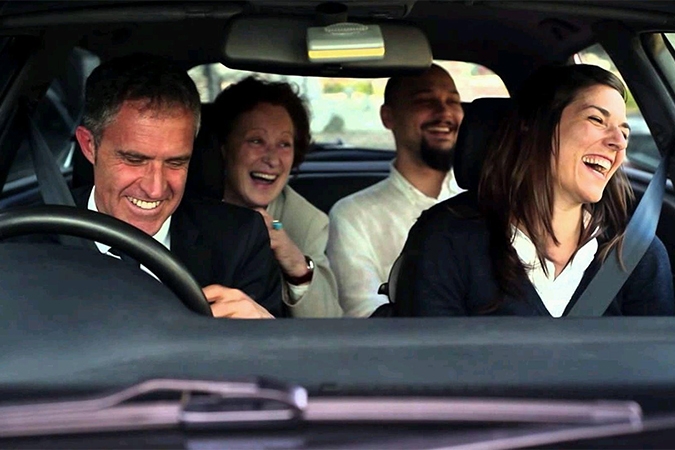 This is about an innovative idea for reducing the traffic. The idea, simply put, is to pay people to travel as passengers, instead of driving. I call it “reverse tolls”.

For about $100 million per year, reverse tolls could decongest Auckland’s traffic.

And once Auckland’s roads have been decongested, and the price paid to passengers is constantly updated to reflect changing demand, we could live with the current infrastructure and avoid billions of dollars of annual expansion costs.

Council and central government could stop funding new projects and forget about the not-insignificant cost of maintaining lists of future projects. Balancing budgets would become much easier.

Reverse tolls are a politician-friendly version of road pricing. They solve traffic congestion in a positive way. But they require a different world view than the one that says we must build infrastructure, or that we must charge people to use the infrastructure that their taxes paid for. The idea relies on the possibility that enough people could and would change the way they travel, if the price was right.

The table below comes from a recent presentation to the planning committee of Auckland Council. It compares three possible scenarios for the future: the status quo; a future where all cars are charged to use certain roads; and a future with reverse-tolls road pricing, where people are paid to travel as passengers. Ten different perspectives are considered. Red is negative, green is positive, and orange is somewhere in between. Overall, reverse tolls is the most positive scenario.

Of course, payment of reverse tolls would require reliable data about when and where people travel as passengers. This could be achieved with a smart phone app to “tag-on” and “tag-off” trips as carpool passengers (eventually including busing, cycling and walking), thereby recording the time, direction, and location of travel. A prototype app exists.

This idea could be pilot-tested at low cost, and quickly. Here are three highly congested locations that might be good candidates: Whangaparaoa Road; Lake Road (Takapuna); and the corridor from south Auckland to the airport. Please email me if you have better suggestions.

It would not be new to pay people to switch transport modes. But this solution, paying passengers enough to fix traffic congestion, has not yet been tried anywhere in the world. It is a realistic option, and we could be first. By this time next year, Auckland’s iconic traffic congestion could be a thing of the past. There’s more here.

*This article first ran on The Spinoff here and is used with permission.

makes sense, better for the local govt to subsidise passengers in cars already on the road than in buses and trains.

What, let the Morlocks settle transport options amongst themselves with just a few electrons and some peer-to-peer Moolah?

Nah, the Eloi won't let That happen....because They Know Best....

I much like the combination of psychology and economics going on here - good thinking Paul Minett!

I can well imagine that this could play a roll in easing Auckland's traffic congestion.

Certainly, it would be an innovative solution - compared with trying to buy a house in the inner-city suburbs where, effectively, one pays a price premium for the benefit of avoiding Auckland's traffic/transport difficulties.

Being paid to travel a distance as a passenger would surely have its attractions!

Professional travelers?
Don’t have the money for maccas? Just be a passenger to maccas during peak traffic and your meal is basically paid for!
Few dollars shy of the amount you need for the iPhoneX? just be a peak hour passenger on our most congested roads every day for a couple of months!

Yep. Fraud would be rife.
Plus the council would NEVER agree to this one, its empire would not be increased by this one iota!

Not just the fraud. This would modify behaviour in a very negative way! People amending the hours that they work so that they are passengers during peak hours in order to get an effective pay rise. People electing to do work related tasks (banking/mail) at peak traffic times so that they get paid extra for it. You would drastically increase the number of people traveling at peak times. Likely increasing the total number of cars on the road!

Fraud would certainly be rife, Buy a 9 seater van and drive 7 (fake) people's smartphones into the city and back everyday and travel and park for free. Grandma, mum, brothers and several friends suddenly just discovered a reason to travel every morning. Not sure you could come up with a scheme more prone to being ripped off if you tried.

It's a quick fix until autonomous cars come along, and everyone car pools except those willing to pay the premium to travel alone.

Managing fraud could be accomplished by a variety of measures. 4+ hour stand down before you qualify for a return trip. Validation with employer (unlikely). Etc.

Could even be cost neutral by passengers watching optional commercials for additional payments.

There needs to be some compensation to the driver as well.

Why would autonomous cars stop people from travelling alone? No longer being frustrated with traffic as you sit there trolling property spruikers on interest.co.nz in your little bubble of air-conditioned privacy, drinking your coffee. It's your car, why share it just because a computer is driving it?

Exactly, if everyone was going to carpool, why wouldn't they do it now with shared taxis? Uber has an option already, where it charges less if your are willing to share ( not sure if that is rolled out in NZ).

As for the effectiveness, look to the USA, there's examples of municipalities engaging with uber to resolve short term transportation issues.

Is this enough to resolve congestion? Will other traffic increase to fill the congestion gap?

You have assumed 1 passenger per car. People might start shifting their kids to daycare centres closer to their office so that they get 4 passengers on each trip.
Just based on your math the average person would be in for $1,000 tax free per year!

Superficially attractive, but the point of congestion charging is to move low value trips off the road (trips for which people would never pay the true cost of the service provision, and would make other arrangements).

This scheme adds trips (many of which will be completely unnecessary) to the road, making it economically inefficient and value destructive.

Option A: pay to use unreliable public transport and be subjected to the colds, BO and rubbish music played on crappy smartphone speakers of 60+ other users of the same bus/train car

or
Option B: get paid to be a passenger in a car with max three other people.

Hmm, i know which way i'd jump.

Pay people to travel and thats incentive to have more cars on the road.May have to toll roads as well to discourage those who just want to make some money.