New Zealand will be hurt by big-country protectionism and trade wars. Our only option is to encourage open markets by joining others in multilateral free trade agreements: Trafford

New Zealand will be hurt by big-country protectionism and trade wars. Our only option is to encourage open markets by joining others in multilateral free trade agreements: Trafford 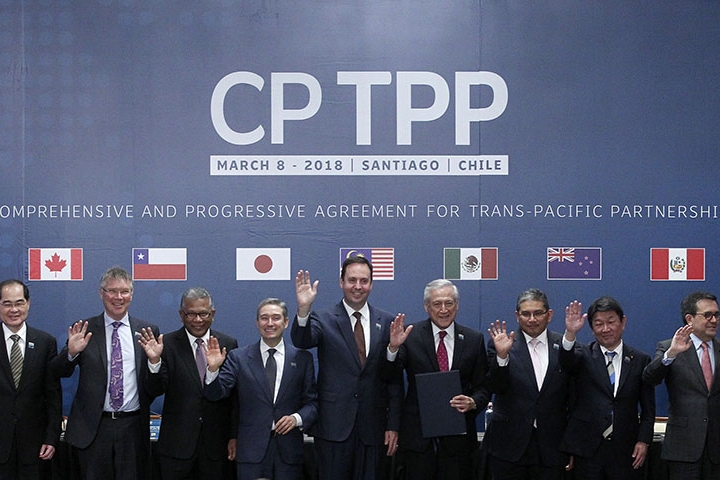 Any casual observer could be excused for being somewhat confused at the moment regarding the future of international trade.

On one hand the CPTPP has been signed and if only half the predicted benefits are gained agricultural producers good returns are going to continue well into the future.

However, on the other Trump is creating all sorts of uncertainty putting tariffs on imported steel and aluminium.

On the surface the biggest loser of Trump's plans may be the US with the backlash from countries that export to the US going to be swift. On the surface one may feel some sympathy for those workers in the ‘steel belt’ who have seen their jobs disappear over the last decades.

Countering this argument are the new jobs that have sprung up and prospered due to access to cheaper resources to produce competitive products that have access to markets previously unavailable.

What Trump has done is diametrically counter to the trend the rest of the international community is working towards which is a freeing up of trade by reducing tariffs, roll out the CPTPP.

The freeing up of trade, be it slow, spreads income throughout the globe and allows developing countries access to markets otherwise denied them and results in their living standards improving. Potentially, opening up their countries markets for other exporters and everybody benefits. What has happened with China and other Asian countries in the last decade or so are good examples of this. Trump's actions, no doubt designed to shore up his lagging support from his voting base are a headwind against this trend. Not only does it risk starting trade wars which nobody will benefit from, but it also does nothing to improve relationship between countries at the diplomatic level.

How the US extracts itself from this is going to be difficult at least until the current power brokers are removed. This may not happen until November 3rd, 2020 and a lot of damage could occur between now and then.

American producers even those who support Trump must be flummoxed, do they gear up steel mills etc. based on the new policies knowing that in two or three years’ time they may be reversed?

New Zealand’s biggest risk is from downturns occurring in markets we trade into, including the US.

The CPTPP improving access into other markets is likely to be the best counter we can hope for.

To be pedantic the lead in heading has a 'typo'
Since when has 'defence' been 'defense'
Need to change your spell checker to NZ English
We are not totally Yankee yet- I hope.

How can you quantify the benefits to agriculture from signing the CTPP? Free trade is a misnomer, it is a trade agreement, one in which NZ signs away what's left of its sovereignty, for blankets and beads.

Because we can’t make blankets and beads yet we want them, we trade our wool and meats for them.
I clearly see benefits here. Some said “It drives economic growth, enhanced efficiency, increased innovation, and the greater fairness that accompanies a rules-based system. These benefits increase as overall trade—exports and imports—increases. Free trade increases access to higher-quality, lower-priced goods.”

I ask my friends and we all think the same. These trade deals are just an excuse for bureaucrats, trade ambassadors and Mp's, to fly around the world first class stay in top hotels and live it up on the taxpayer.

We could all be wrong, if we are they need to do some PR .

If you grow what people want they always find a way to buy it. China panicked about food supplies and signed a few trade agreements hoping to guarantee supply but those shortages never eventuated. Signing deals with a lot of low wage countries except perhaps Japan, doesn't give me confidence, especially now the China/Russia alliance looks to be strengthening. Russia harvested the biggest grain crop ever, so big it's going to cause problems in markets for the next two seasons.

Trump has an issue , a lot of industry has been destroyed by low wage economies in Asia, attracting investment away from it's heartland. A area where he got a lot of support. It has a problem with those countries now suppling home made, high quality products back into the US at a price they could never compete at.

In a democracy it pays to listen to the people that are hurting or the wheels may come off. Trumps tariffs are low compared to ones the EU has. Unemployment is a problem, opioids are a problem, homelessness is a problem, you don't have 144,000 people sleeping in Tents between LA and San Fran unless something is wrong with your economy. In the USA the medical system has become a racket, the biggest cause of bankruptcy is un payable hospital bills, I think the USA is going to change.
At the same time there has been a huge amount of wealth created on Wall street but they have not shared the love around, It's untenable.

What ever happened to "Buy NZ make and keep your country working"? Today's mantra seems to be "buy foreign made and sell your house to a foreigner".