Nikko's Peter Monson takes a look at China's milk powder scandal through an ESG lens to see what it takes to find investment opportuniity in these types of scandals
22nd Oct 18, 9:16am
by Guest 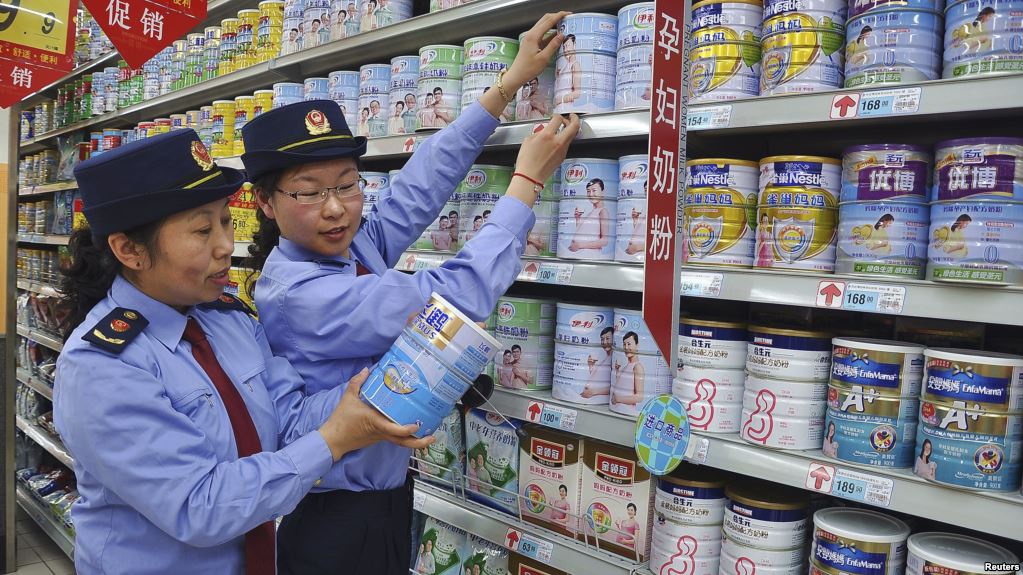 Investors are increasingly aware of moves to include environmental, social and governance (ESG) principles in investment and corporate decision-making.

This is a look through an ESG lens at China’s 2008 milk scandal, which New Zealand was closely linked to by Fonterra’s major stake in chief culprit, Sanlu.

On 11 September 2008, the Chinese government announced a recall of infant milk powder nationwide. Melamine, a chemical commonly used in plastics, had been found in a number of leading milk powder brands.

It later transpired that suppliers had been using it to boost their powders’ protein levels. Over 290,000 people (mostly infants) were poisoned and at least six killed as a result of the deliberate contamination.

The main reasons cited for the use of melamine was rapidly rising retail prices and intense competition amongst companies for scarce milk supplies.

Millions of small, poor and uneducated traditional farmers were utilised for cheaper raw milk production. In 2006, 60% of China’s milk production was carried out by farmers with fewer than 20 cows, 35% from 1-5 cows.

Milk stations or distribution centres had been set up to make collections more efficient, but often their management was outsourced and pressure to re-coup the initial outlay was intense.

This together with inadequate inspections or emphasis on health and safety standards by the relevant authorities led to rampant adulteration and watering down of raw milk to increase volumes.

The downstream companies themselves were willing to accept lower quality milk without proper checks and procedures given huge potential profits.

Although Sanlu Group (unlisted), the market leader in the budget segment at the time, was the main company impacted, all major Chinese milk producers were hit, including listed players China Mengniu, Inner Mongolia Yili, Bright Dairy and China Milk Products.

Build-up to the crisis

The boom-bust nature of China’s emerging raw milk industry had led to a decrease in supply in 2005/06, just as retail prices in China were increasing.

Then-premier Wen Jiabao’s statement in April 2006, “I have a dream to provide every Chinese, especially children, sufficient milk each day”, had led to a spike in demand. This combined with the small farmer supply structure and inadequate regulatory oversight presented individuals with every incentive to cut corners.

Further clues came from local media reports on abnormally large numbers of infants being diagnosed with Kidney stones in Gansu.

But the biggest hint something was amiss was insider selling.

First Danone sold its stake in Bright Dairy in October 2007. There is no indication it knew of the growing risks – this sale occurred when valuations were rich across the sector and reported disputes with another JV partner, Hangzhou Wahaha Group, had made Danone more cautious.

Next was Jinniu Milk Industry and Yinniu Milk Industry, who together sold a block of shares on 4 August 2008, a little over one month before the official announcement on 11 September. Shares in China Mengniu then plunged 65% when the trading halt was lifted on the 23 September. Peak to trough, Mengniu lost 80% of its value.

It’s possible ESG analysis, combined with traditional fundamental analysis, may have highlighted such risks, given its focus on insider activity and management movements, as these can be some of the first signs something is wrong.

But such analysis couldn’t have told us how bad the event would be. In sectors with super-normal profits and trading at high multiples, the reaction to these risks can be severely amplified. On the way up, the market is willing to ignore such risks while on the way down it will avoid the sector altogether, even though the risks are fully exposed.

The scandal became a national issue with concerns over other food production and exports. Health and safety inspections ramped up, became regular and mandated for all companies in the food business, aided by the announcement of 400 testing centres across the country.

An emergency rescue package was put together for farmers ensuring raw milk production didn’t cease altogether as a result of the freeze in demand.

Regulatory bodies were overhauled too with the director of the AQSIQ being fired and criminal prosecutions brought against those deemed responsible. Sanlu, which had been at the centre of the scandal was forced to declare bankruptcy in February 2009.

The immediate response was followed by more structural regulatory changes including the establishment of a formal Food Safety Law in 2009, a Food Safety Commission in 2010, and the China Food & Drug Administration in 2013.

Fundamental changes were required at both the industry level and company level – the case of China Mengniu being a prime example.

Founded in 1999, and listed on the Hong Kong Stock Exchange in 2004, Mengniu was China’s biggest producer of liquid milk by 2007, with annual capacity of 4.71 million metric tons.

After the crisis, when Mengniu was named among those whose product had been contaminated, investors had to establish whether its issues weren’t terminal – and this is where ESG analysis was a key component, along with traditional assessments of balance sheet strength, prospects for future sales and company solvency.

Relatively superior governance, and likely internal procurement procedures, were perhaps evident from the fact that only 10% of Mengniu’s liquid milk samples were found to have melamine contamination compared to 100% of Sanlu’s.

Despite this, the company had recalled all its infant milk formula in September 2008, although products were back on the shelves shortly after. Its balance sheet had a net cash position before the crisis broke and although it needed to take on short term bank funding and raise debt in 1Q09 there were willing backers locally for this.

Internally too, improvements were made to its food safety, monitoring and control procedures, and in 2009, a 10 year agreement reached with upstream producer China Modern Dairy for 100% of its milk supply; the start of large scale consolidation in upstream milk production which helped Mengniu secure 15-20% of its milk from one source. Four years later, Mengniu became more vertically integrated after purchasing a 27% stake in China Modern Dairy.

But the biggest changes came at the ownership level from 2009-14. First, 10% new shares were issued which, together with Mengniu’s founder and CEO’s 10% stake sale were acquired by a consortium made up state owned processing company COFCO and PE firm HOPU. This gave Mengniu fresh capital (which helped pay down debt) but also a state backer which provided further evidence that this company was going to survive. Later, Arla Foods of Denmark, who had been a JV partner for a subsidiary venture, bought HOPU’s 6% stake. Danone then bought 10% in 2014.

Thus, ESG controversies can lead to positive fundamental change, ultimately leading to better sustainability of earnings as structural risks decline. ESG controversies should not preclude someone from investing in industries with good long-term growth prospects provided one can be assured of positive change.

Not every controversy or negative event leads to positive fundamental change, but when they do occur, and in a structural growth industry, the returns can be supernormal. Had you invested in China Mengniu (H-Share) in 4Q08 you could have made six times your initial investment.

Timing the bottom is also incredibly difficult. The speed with which regulators and authorities act, the external support each company has and the nature of both earnings and balance sheet risk are some of the key areas that would have helped with timing in these examples.

Where might similar events be playing out now? Analysts are currently evaluating a number of areas including vaccines and P2P lenders in China, corporate lenders in India, political change in Malaysia – there’s always something keeping us busy.

Peter Monson is a portfolio manager at Nikko Asset Management in Singapore. This article is here with permission.