Erik Berglof says it makes no sense to reject the lessons of China's economic devlopment miracle even in a period of deepening political suspicion and outright hostility
28th Dec 18, 9:16am
by Guest 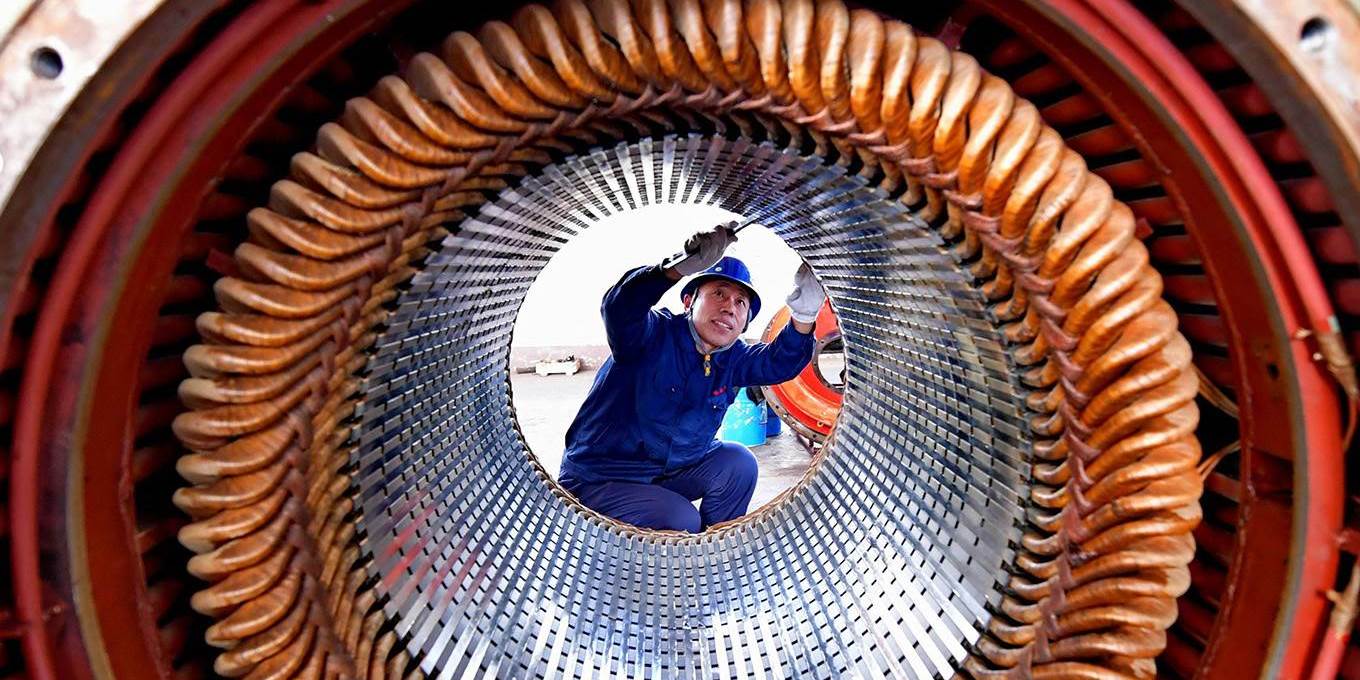 Since beginning its reform and opening up 40 years ago this month, China has been a very good student. And now, after four decades of rapid development, the country is increasingly presenting itself as a teacher. As it commits more capital abroad, it has a strong interest in how countries where it invests are run. But is the world ready to learn from it?

In recent years, China has been using its more assertive “going out” policy – most ambitiously expressed in its massive Belt and Road Initiative – both to advance its own economic self-interest and to project soft power. China’s leaders want to restore their country to what they view as its rightful position in the world.

China’s economic weight reached its peak in 1600, when it accounted for more than one-third of the global economy. Its share of global GDP declined slowly until 1820, when it began to drop precipitously, owing to the Industrial Revolution’s enormous impact on economic growth in the West. By the early 1960s, China’s share of global GDP had fallen below 5%.

Then Deng Xiaoping initiated China’s reform and opening up, and the country’s own growth miracle began. Since 1978, China has lifted hundreds of millions of people out of poverty, and its share of global GDP economy, now at one-fifth, continues to rise. If China wants to increase its international influence by holding up its experience as a model for others to emulate, it must identify the mechanisms that underlay its success and explain why they are transferrable.

This is essentially the mandate of a new center launched by Tsinghua University in Beijing. The Academic Center for Chinese Economic Practices and Thinking, with its suggestive acronym ACCEPT, is dedicated to understanding and disseminating China’s development experience. Earlier this month, it initiated this process with its first report, called “Economic Lessons Learned from China’s 40 Years of Reform and Opening Up.”

The report includes five notable observations. For starters, growth over the last four decades was spurred mainly by the entry of new firms, rather than the restructuring of old ones. Moreover, the distribution of rents from the conversion of agricultural land to industrial and residential use played a vital role in encouraging investment. At the same time, financial deepening was essential to spur entrepreneurial activity and consumption. Opening up also encouraged learning, and, finally, proactive macroeconomic policy enabled the country to avoid financial crises and smooth out fluctuations in growth.

One key question raised by the report – and, indeed, by virtually any analysis of China’s development experience since 1978 – concerns the relative roles of the state and the market. Was the emergence of new private firms or the helping hand of the government more important to China’s success?

This is hardly a new question. But, as Harvard economist Dani Rodrik pointed out at the launch event, the way someone answers it tends to say more about them than about the Chinese economy. China, Rodrik believes, is like a Rorschach test for economists.

Yet the ACCEPT report may provide useful insight into the question, by highlighting how state management and economic liberalization interact. New private enterprises were key drivers of economic growth, but it was the state that created strong incentives for market entry. Entrepreneurs invested heavily in their relationships with government authorities, and the state used market signals to guide resource allocation and evaluate experimental initiatives.

Beyond encouraging the entry of new firms, the Chinese state mobilized considerable domestic resources for investment. Even more impressive, the state ensured constant experimentation and learning at all levels of government, which will remain essential as China addresses issues like inequality.

Yet explaining the main factors driving China’s development is just the first step. If China is to export its development model in a meaningful way, it will need to overcome a number of additional barriers – beginning with growing international mistrust.

Among developed countries, a major complaint is that China has been free riding on others’ innovations, including by requiring foreign companies to share their technology with Chinese firms as a condition of market access. Though it is entirely normal for a country at China’s stage of economic development to absorb and imitate foreign technologies, its size and market power dramatically increase its capacity to encourage technology transfer. And China has been happy to use that leverage, often in ways that its competitors consider unfair.

Meanwhile, developing countries are increasingly questioning whether Chinese investment is really helping them. So far, China has generally avoided conditioning its investments on explicit policy requirements. But, with many of those investments bringing low economic returns, China can no longer afford to ignore how its resources are used or the indebtedness of its loan recipients.

In persuading other countries to accept its development lessons, China faces a difficult dilemma. After all, China owes its development success in part to the fact that it retained full ownership and control of the process. By contrast, countries in Central and Eastern Europe had development policies thrust upon them by the European Union – a dynamic that has contributed significantly to the rise of anti-establishment political forces.

At a time of growing resentment toward its increasing international influence, China’s ability to promote its development model is being severely undermined. It does not help that the West remains adamant that a non-democratic approach should not be allowed to succeed globally. We are heading for a dangerous clash, not of civilizations, but of systems. We need to adapt to each other.

It makes little sense for developing countries to reject outright the lessons of China’s economic miracle, and deepening hostility between China and the West is in nobody’s interest. Instead, countries should be open to learning from China, which in turn should recognize the limits of its political model, even compared to the flawed democracies of the West.

Erik Berglöf is Director of the Institute of Global Affairs at the London School of Economics and Political Science. Copyright: Project Syndicate, 2018, published here with permission.

Its slowly dawning on the West that technology transfer and IP theft has to stop.
That is the only lesson to be learnt.

Lots of fancy polite buzzwords used here to describe how the CCP uses the threat of prison and violence to enslave the population and put them to work as they see fit. Then, infiltrate foreign institutions and governments, shamelessly steal what they wish from other countries where they can, pay off corrupt officials to get what they wish, impose covert trade sanctions to force policy change, indebt smaller nations for later manipulation. It continues and is as transparent to all as their actions and motives in the south china sea. They are not clever, just thugs.

And a whole lot of colonial powers since the dawn of humanity, but in our more recent enlightened times, with fewer (not nil) human rights abuses. The primary point was directed that the long winded explanation of the bleedin' obvious, ie: no qualification required to make the same observations......

And they are here.

The first is that growth reduces inequality and increases happiness.
The second is that economic liberalism eventually breeds political liberalism.
Lastly, economic growth can no longer be defended as the best environmental policy.

At the CPC’s 19th National Congress in October 2017, Chinese President Xi Jinping spoke of a fundamental “contradiction between unbalanced and inadequate development and the people’s ever-growing needs for a better life.” China, he confirmed, was committed to the transition to “ecological civilization” begun by the 13th Five-Year Plan in 2016.
Apparently, the greatest episode of economic growth in human history has ended.“