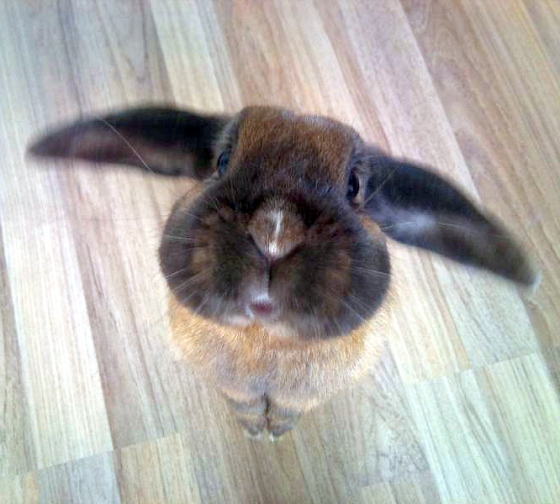 Don't be caught out; Plan ahead for your bunnies.

For months I have been hemming and hawing about pulling the plug on a modest-sized managed fund that has been going due south, without wavering.

My financial adviser gives me periodic pep talks and tells me to hold the course and reassures me that eventually I'll reap the benefits of patience, persistence and recovery.

As I like and trust my financial adviser, I've heeded his advice not without one eyebrow raised higher than the Arch De Triumph I might add.

While I am confident my adviser has my best interests at heart, some, not all, financial advisers rely on their clients continued commitment to the markets to earn a living.

This piece from the Globe and Mail takes a closer look at fee structures relative to asset allocation. No disrespect to professional advisers but it's worth asking about.

It's easy to beat up on banks, especially those whose executives earn Hollywood-esque salaries but to be fair some of them deserve it.

For some time now banks in North America and other parts of the world have been jacking up fees, a buck here a buck there, in part to claw back losses from consumer not being so exurberant about borrowing money.  At the risk of giving banks here in NZ some ideas, Bank of America has begun charging its customers $5 a month for using their debit (EFPOST) cards.

My intention isn't to fear monger rather to remind readers who care about fees to take a  closer look at how much they're paying and for what. I was reminded myself when I noticed a juicy triple-decker come through on a Canadian account. Grrr.

Amid the craziness of raising a young family, it's easy to forget about financial planning, both yours and theirs.

However, if a tertiary education is in the future, or even if it isn't, it pays to take an active and early start in setting aside a dedicated fund.

Anyone old enough to remember the horrible one-hit wonder from the '80s, Twisted Sister, will probably recall their raucous Rock 'N Roll tune "We're not going to take it.''

While U.S. Federal Reserve Chairman Ben Bernanke's Operation Twist (an monetary play intended to produce an economic gyration similar in motion and mood to the '50s dance move) was supposed to inject some positivity into the markets, the reaction was more of a Twisted Sister variety.

Forbes Money Builder elaborates in this piece on How Bernanke Ruined the Stocks Market's week.

Laugh if you will, or better yet, conduct your own experiment.

As inspiration, read this piece from Bloomberg first on how the social media giants have got super rich using the same principles.

Their motives might be an entirely different matter. One (well me anyway) has to believe that Mark Zuckerberg, worth US$17.5 billion, is recycling the principles on a plane that is not purely profit-driven.

Here's the video to ruin.

Australian bank owners of the EFTPOS network there are introducing the same kind of useage fees, only they are charging it to merchant and (so far) only to transactions over $15.00.

Obviously enough people that a hugely expensive regulatory scheme has been introduced around the industry.

I think it's important to remember that a fair number of the casualties (I wish I had any exact number sorry I haven't been able to get one) of the finance company sector fiasco poured into those investments of their own accord.

Yes, some advisers are crap but the same can be said of any profession; doctors, dentists, hair dressers and journos...

It's not entirely fair to put the boot into financial advisers over the finance company fiasco.   Before July 2011, any old Tom, Dick or Sally could have called themselves a financial adviser purely because their employer (or they themselves) gave them that job title.

I think it's OK to ask an AFA if they have ever recommended a finance company product.  I would say that most AFAs steered well clear and will be happy to confirm that.  If the answer is less clear than that, then you can draw your own conclusions.

My husband and I have just now paid off our mortgage at the bank. :)

Now, however, we have to pay it back into his retirement fund, where we "borrowed" it from. Oh well, at least our loan to us is interest free!!

Free at last, free at last....now there's something to smile about. Way to go!

I expected to feel different but the bank person was more excited than we both felt. Lol.

The fees that you are paying should be transparent Amanda.

It seems fair enough to me that an adviser would charge more for equities as they are likely to generate more work, a larger liability risk and require more research. In other words, the cost to the adviser is far higher than cash, so they are likely to pass that on. You mention in the article how you are a pain in the arse about one part of your portfolio, obviously you are using more of the advisers time with that, than if you had been in cash. If FMA have their way you will be sent a bill everytime you contact the adviser.

I saw an interesting piece recently about how Buffet lost many investors in the early days as he had "too much cash" in the portfolio. When the markets crashed he was able to build many of the positions that have rewarded the investors that had trusted his judgement.