Saving up for a 20% deposit; Faith and prudence the Paloma way; Christmas is cancelled, kinda; Lust for normalcy; The Shadow Economy (a podcast)

Personal Finance
Saving up for a 20% deposit; Faith and prudence the Paloma way; Christmas is cancelled, kinda; Lust for normalcy; The Shadow Economy (a podcast) 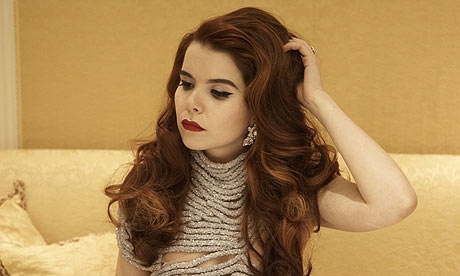 The more you chunk down as a deposit on a first time home, the more you'll save long-term. Yes banks these days will lend you 95% of the value of the home but of course they stand to gain the most from this arrangement, don't they? Personally, I believe 10% should be a minimum as a deposit, ideally 20% -- or more. Impossible you say? Here's how one couple did it, as reported by the Age in their Money section.

If you want to see how much of your pay it will take to save up a deposit, and how long, check out our latest saving for a down payment calculator.

And on the savings front, Amanda loves the idea of the impulse saver app introduced recently by Westpac. Anything that helps you save more and faster, (of course not at the expense of debt repayment) is a good thing. Ask your bank what tools they have in this regard.

Saving is a discipline and a mindset. It's also addictive when you start making progress. In its latest Fame and Fortune profile, the Telegraph talks to recording artist Paloma Faith about her own savings strategy and her financial philosophy before and after becoming famous. Interestingly, it hasn't changed from her humble roots and she's most proud of the money she saved before she became famoso.

I can't remember when exactly but some time ago I had a falling out with Christmas. It's magical as a kid of course, but as an adult the crude commercialism of the holiday just wore me down. This year Christmas has been cancelled for Amanda. Well not entirely. There will be a few pressies under the tree for the children but the bigger joy will lie with being reunited with my family on a tropical island.

I appreciate not everyone is as grinchy as me. So in the spirit of giving (stuff) here's an item (also from the Telegraph) on the importance of saving now to avoid getting into debt, given the 100 day count down starts on the 16th of this month. Please note that the budgeting group mentioned in the piece also operates in New Zealand so if you know of anyone who needs help on the debt reduction and savings front, here's their business card. I've attended a session. They do good work. And no, they aren't out to convert you.

Writer Michael Lewis, of the Big Short fame, was casting about for something to do in between books. After giving the matter some  thought, he decided to go long. His big writer's wish was to spend some quality time with the U.S. President Barack Obama and get inside his head. Low and behold, his wish was granted. Gatekeepers at the White House granted him unprecedented six months access so Lewis could hang out with the president and his posse in preparation for an epic profile piece for Vanity Fair magazine.

Here's a sample to whet your appetite for the October edition.

Turkish economists Ceyhun Elgin and Oguz Oztunali have estimated that "off the book transactions" make up 23% of world GDP. For all you economics geeks out there, or just public radio nerds like myself who resent paying tax, here's a juicy podcast on the shadow economy compliments of Freakeconomic's Stephen Dubner.

Article #1 is great. I'm saving for a deposit myself and aiming for 20-25% ($100k approx) but on a single salary. I will be there by the end of next year, with assistance from a 4%/4% KiwiSaver contribution.

But I disagree with having it all in one account - mine is spread across bonds, term deposits, managed funds and savings accounts to try and maximise the return.

Nice one! I would love to hear more email me if you're interested in sharing your story: amanda.morrall@interest.co.nz We can make it guest post.:) Under your alias here.

I have developed into a Christmas Grinch.  With my nearest and dearest a good feed and a few prezzies is great.

But there was all so much obligation, obligation, obligation.  A (former) brother in law even got aggro when I decided not to go visiting other relatives and have a snooze after lunch instead.  And his mother was having a cry in the next room over the snooze.  (Just a sample of the situations you understand.)  Weird idea about Christmas.

I do nowdays spend a bit on the family.  Because I want too.  But not blowing the budget because of obligation.

xmas for me is taking the family out for lunch.

after that its home  a snooze and a good book

If some one want to celebrate christmas wishes Christmas with full of fun and joy then he should have to have a huge budget for it and get ready for the fun,like these christmas images