What is a positive credit rating; Blunders of the rich and famous; Traveling inexpensively; Going for broke; Switching kids onto money; 50/30/20 budgeting

What is a positive credit rating; Blunders of the rich and famous; Traveling inexpensively; Going for broke; Switching kids onto money; 50/30/20 budgeting 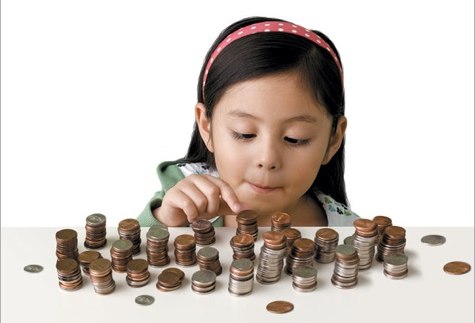 I came into possession of a Guardian Weekly last week, an indulgence which I'd forsaken a while ago in an attempt to save money. As I was catching up on the discovery of "walking trees" in the Amazon and mushrooms that actually eat polyurethane plastic, I was also shocked to learn that one of the top most frequently searched questions plugged into Google is "What is love?" I'm not sure what that says about humanity just something for you to contemplate as well. Interestingly, the other item searched with high frequency had to do with credit scores.

New Zealand's credit rating system is different from the U.S. and I expect the search engines weren't feeding off Kiwi inquiries. Nevertheless, there should be interest in this topic for New Zealanders as well. Why? Because as I've written before, last year we moved to a positive credit reporting system. Previously, it used to be that only poor financial behaviours were registered. For example, skipped or late payments, and debt defaulting. It protected would be lenders taking risks on borrowers who weren't good for it.

Under the new positive reporting system, consumers with a good track record for prompt payments and responsible financial behaviour are credited for their actions. This is important to the extent that consumers can leverage this bit of information in their favour when bargaining and negotiating with lenders, something we don't do enough of because we're just grateful someone is lending us money. We tend to forget how wealthy we'll make the lender over the long-term.

Here's more on credit history and how it works from Sorted.org.nz.

I'm not normally one for gossip but as it crosses the personal finance sphere, I had to grab this story today about the financial fall from grace for actress Martine McCutheon, star of Love Actually with British heartthrob Hugh Grant. McCutheon was apparently forced to declare bankruptcy recently despite what was surely a fat bank balance from her work as star on the Eastenders from age 18 on and commercials for Danone Yogurt along with a number of other money making opportunities. The Guardian carries the story here, minus the important details of how she ran into trouble.

3) Travel on a shoestring

After writing last week about my friend's mammoth bucket list, I've been working on my own. Given that I live at the bottom of the world now and have to travel to the other side of it to see my family from Canada, I've been rather conservative in my travel agenda. I've been encouraged to dream and think big so I have ended up with a rather long list now that reads like a James Bond novel. Obviously how you travel will dictate cost in no small way so for all your travel bugs out there, here's some advice on how to do it in a more affordable manner from GetRichSlowly.org.

For some time now my two children have had saving accounts with little booklets that were stored in the junk drawer somewhere and seldom looked at. In an attempt to make them more engaged and interested with their accounts, I decided to get them both on-line access and EFTPOS cards. Normally kids have to be at least 12 however with parental consent it's possible to do this at a younger age. Whilst they initially delighted in this grown-up privilege I'm not sure I have any Donald Trump juniors on my hands. Both have gone back to just being boys far more interested in Lego, Bionicles and MineCraft on the iPad. So time to re-engage. Lecturing is one thing, engagement is entirely another matter.

Budgeting isn't rocket science but very few people do it. At least that's what the research suggests. Why? Time, boredom, insecurity are usually at the top of the excuse list. For those experimenting with different processes and systems, here's more on the 50/30/20 plan via the blog plantingmoneyseeds.com.

Basically this approach encourages you to break down your after tax income into three where 50% goes to paying for your essentials, 30% for non-essentials and 20% for savings. If essentials (needs i.e. rent, power, food) take up 80% of income, obviously the non-essentials are going to be nil. The thinking here is that such a formula will you get thinking more seriously about the difference between wants and needs, which is never a bad thing in my humble opinion.

#2 read about that last night. Very sad. I've thought Martine McCutcheon (note correct spelling) was hot ever since she was on Stenders.

#3 thanks for the link and all the links on the page. I must sign up for a travel-points credit card - I buy everything on my current card but never get any points of any kind.

One of the most overlooked ways to travel cheap when we get a bit older is to do the same thing you (hopefully) did when you were younger - get rid of all your financial commitments at home and head off for several months.

Yeah tricky to do if you have a mortgage or kids, but if you are in between rentals and/or can farm the kids off with relatives/friends for a while, then NOT having a load of expenses accumuating at home can make travel a lot cheaper. Around the world airfares are not much more expensive that travelling to Europe and back, and have a long time-frame, so once you are in one area (i.e. SE Asia) you can knock off a bunch of countries/experiences in one go.

Stan, travel-point cards are great, but check them out for the fine print if you are considering a 'single airline' card. Some airlines are more generous than others in $ = point ratio.

Cheers CO. I don't have any loyalty programs with airlines because typically I just go with whoever is cheapest on the day and most of the team-ups aren't with airlines I want.

Not sure how relevent it is to Oz/NZ tho

Re: #4 Kids and money
Have a look at emigineIF uses the ipad/tablets/phones to teach financial literacy and mange chores/pocket money etc. US project, Looks like Westforce Credit Union are giving it a go in NZ.