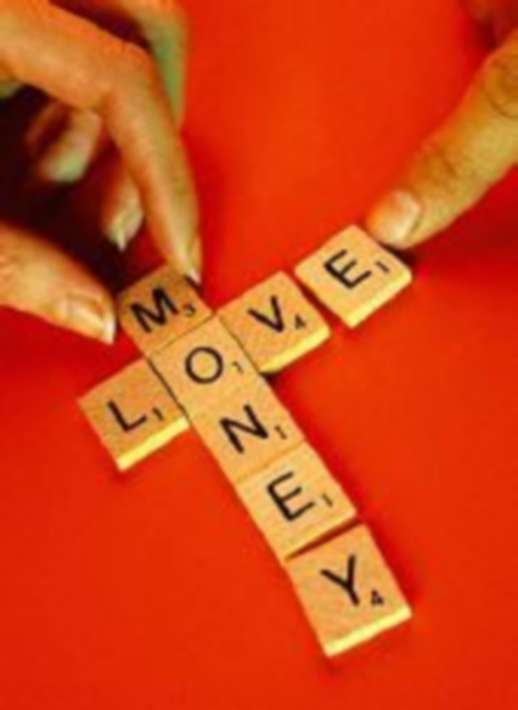 Lately, I have been thinking a fair bit on these two subjects. I suppose money is a constant because seldom does a day pass without a transaction that requires it. Also because I write about money for a living. So my awareness of money is probably higher than the average bear.

Love has also been on my mind a fair bit. I mentioned last week that the question "What is love?" is one of the most frequently googled questions. I found this a bit disturbing really but I have been pondering the same since reading that curious bit of trivia.

My own view, which has evolved and matured over the years, is that love manifests in many different forms and expressions beyond what we have been conditioned to believe. Over time love might be boiled down to a series of transactions but in its purest form is transcendent.

I think love is worthy of contemplation today in the context of managing finances as a couple. To that end, here's a first person account of one couple's approach to money and how they overcome their unique views of it.

A few weeks ago, I heard a fabulous story about a gal who decided in her mid-40s to do something she'd always longed to do but had dismissed for various reasons. She gave up a respectable and well-honed career and decided to become a pilot.

It has a heartwarming story for a number of reasons and it made me want to do cartwheels on the beach. Why? Because life is just too damn short not to do what you are passionate about and one of the saddest things to me are unrealised dreams.

Apparently, the gal's story is becoming an increasingly common one as mid-lifers in their '40 and '50s are re-evaluating their lives and futures and taking up "encore careers" doing work they feel passionate about. Here's more via the Globe and Mail about how to launch a second career that will also pay the bills in old age.

Gold bugs may be feeling a bit taciturn with prices starting to cool. Is the run really over or is this just a natural pause. Monevator takes a closer look at what's happening. I howled when I read the following excerpt from his brilliant blog. Love the self deprecating humour.

Unlike many personal website proprietors, I see stockpiling by genius investor savants who’ve correctly predicted the demise of fiat currency from their shacks in Alabama as playing a relatively minor role. But I shouldn't be too smug; I too continue to follow the gold price like some prehistoric Ape-man wondering who drives the sun.

Because private schools are priced beyond my budget, I don't have to grapple with this vexing question of where my kids would be best served to become future Prime Ministers or dons of law school and what have you. A bit of a relief actually. Owing to a great team at their current public school, I have full confidence their needs are being met and they're being properly challenged. For those parents out there in a different income bracket contemplating private vs public, the following from reporter Catherine Harris may be useful.

And finally, just for fun, here's a piece from The Age on quirky collection items and their investment value. Captain Cook's pistol and a walking stick made out of the spear that killed him are among some items recently auctioned off in Melbourne. Not my cup of tea but fascinating to see what prices these artefacts will fetch.

#3 Nothing produces more extreme financial headlines than gold. Last year I kept seeing predictions of gold at $4000, $5000, and I think even $6000 an ounce. ZH regularly castigates it readers who don't have several gold bars stashed under the pillow for the coming 'Pocolypse (in parts of 'Merica, like Idaho, Montana and other scary bible-belt states, you never pronounce the 'A'. I suspect they think it'll somehow confuse the navigators in the black helicopters).

The way Central Banks are buying and repatriating gold like crazy is a bit of a disturbing trend though I must say. Do they know something we don't?

The conservative view; they know that currency debasement forces are loose and public debt is likely to rise.  Oh, but we also know that ..

The alternate view; aren't these the same guys who sold it all off just before the bggest bull market in gold for decades?  So that could be contrarian proof the price is about to slump to the floor.

Haaaang on .. don't you work in a central bank!!

Yup. 99% of all our gold is still in the BoE vaults (I read that in the paper recently). Of course John Howard being cut from the same intelllectual cloth as Gordon 'No more boom and bust' Brown, sold it all before he left government for some equally as stupid low price as Brown got when he sold all the UKs gold, so there's hardly any left anyway.

I haven't read of any plans to repatriate it but I figure next time someone is flying back here from the London embassy they can probably bring it back with them in their pocket...

...... if central banks around the world are buying up gold and repatriating it lickety splick , I'd say that's an all bells and whistles sure-fire sign that the price of gold is about to collapse ...

And the fact that Charles Drace was on here spruiking the yellow metal simply confirms my contrarian stance ....

Do the parents of private school pupils that they are paying tax twice.

Once on their income and then again when they pay their school fees.

Then again most of them no doubt are reasonably wealthy and can claim deductions on their income.

NG - of course these parents realise they are paying twice.

Its the same if you have health insurance etc.

Why have children if your not prepared to invest in them and their futures. Kids will not get a quality broad education in a State school. There is more to life than the basics that are offered.

Love and money are seemingly quite separate - unless you love your money, in which case the money will poison the love.

Someone should write a song called "Can't Buy Me Love"...

My son went to a private school and loathed it, he begged me to send him to a public school and when I did he never looked back and is excelling now.  My daughter went to a public school and had problems with reading and subsequently not knowing how to read and interpret the questions for other subjects.  The issue is "as a parent" staying involved, maintaining strong communication with the school, your child (making sure they are happy/challenged/comfortable with their progress) and sorting out any issues when they arise, so they don't develop into long term problems and getting 'additional help' when it is necessary.  How many kids fall through the cracks because they haven't grasped the basic concepts to ensure they go on to achieve academically - the numbers are sobering indeed.

That's good to hear Weka and I would agree with you about the importance of staying involved. My youngest also had reading issues and the school wasted no time getting him the help needed and persisting till he got up to speed. I don't know for sure but I doubt a private school would have responded any better. I have been most impressed by the highnstandards and I chalk it up to excellent teachers and great leadership at our school. Just this morning I dropped a letter in the post to praise my youngest son's teacher from last year who helped him to achieve the best year he's had academically. Even without as much involvement as I would have liked both my boys are excelling in the public system and the education they get outside of school hours is parenting huh?

You are right Amanda, from my personal experience a private school would not have responded any better.  The first thing my son said when he went to a public school after his first years of private schooling is "there was a boy who had no lunch, so I shared mine with him"...  To some degree a private school ensures kids mix with other privileged kids and their experiences with "real life issues" are somewhat limited. It's important to get children to recognise others might not be so fortunate and lend a helping hand when they can.