Simon Swallow says UK pension holders are moving quickly to control their pension entitlements but that NZ residents are ignoring the risks of not reviewing and acting quickly enough. The risks are rising

Personal Finance
Simon Swallow says UK pension holders are moving quickly to control their pension entitlements but that NZ residents are ignoring the risks of not reviewing and acting quickly enough. The risks are rising 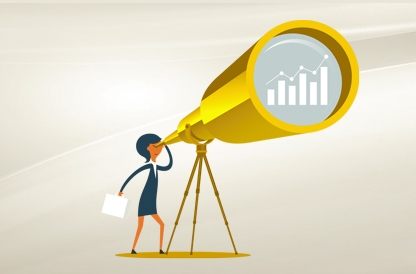 Nearly 80% of people who have lived and worked in the UK have a private or company pension.

So what happens in the UK pension market has a significant impact on millions of people, as well as thousands of British expats in New Zealand and the Kiwi’s who’ve worked in the UK on their OE.

The big shift now is people of all ages are getting out of their final salary and defined benefit pensions in unprecedented numbers.  This has been spurred on by massive pension valuations, attractive incentives to transfer, failing companies and flexible access.

The Pensions Regulator estimated 80,000 people transferred out of defined benefit pension schemes from April 2016 to March 2017.  The number of pension transfers from these types of so called “Gold Plated” schemes is forecast to increase 50% this year with one major UK pension provider estimating 120,000 transfers this year.

Barclays Bank had a staggering £4.2bn in pension transfers out of its final salary pension scheme during 2017 according to the bank’s annual report.  That’s nearly 10% of the total Barclay’s pension fund in a single year.  And there is no doubt much more to follow given the tricks that they are trying to play with their pension scheme.

But these situations are not as the holders of Aviva and British Steel pensions, for example, vote with their feet.  Why? Because if the company collapses the pension holders are left with no option but to have their pension deposited in the Pension Protection Fund (PPF).  The PPF is run by the government as a last resort back stop and guarantees you get at least 90% of the pension, but it removes any ability for pension holders to control their own pensions.  Once your pension is in the PPF it’s there for life…you get no flexible access, no transfers out, no lump sum payments and importantly no control.

In a world where everything is becoming moveable and mobile, the PPF is the opposite, just ask holder of Lehman Brothers final salary pensions in the UK.

People are now paying more attention to their current and former employers financial status and governance and whether their pensions are and will continue to be safe.

The previous trust people had that companies would provide their full pensions in  retirement and look out for their staff has been shattered.  Large corporate collapses, like Carrillion and BhS have shown that shareholders interests have been put ahead of pension holders. This wake up call is driving people to take control of their own destiny, and not leaving it to corporate UK.  Adding to this disturbance is the UK governments realisation that the PPF lifeboat may be too big for them to keep afloat.  There is now talk about companies being able to reset their pension promises to people if they have simply become unaffordable.

At the same time that people are bailing out of UK schemes, transfers to New Zealand have slowed

The last two years have seen a decrease in the volume of pension transfers from the United Kingdom to New Zealand.  This drop seems to flys in the face of what is happening at scale in the UK, and suggests that while the news of corporate collapses and pension underfunding might be filtering through the consequences for NZ resident are not.

So for the holders of UK pensions that are living in New Zealand, it should not be a case of out of sight out of mind.  People need to be taking control of their own UK pension destiny and in order to do that should understand its value and the status of the company backing.

What’s more they should be doing this anually. Just like going to the dentist, it may seem painful at the time, but left unchecked it can be a lot more painful and expensive in the future.

I will not be transferring my NHS final salary pension over.

Now the 30 year gilt yield has risen from a low of 1.24% at the time of BREXIT to around 1.8% now it means any opt deals would be on much reduced terms.
Also if you were to get a lump sum of over £1m you get charged 50% Tax over that value.

Agreed that yield curves look reasonably uni-directional at present. This would have the effect of reducing transfer values. I would rather pay tax on a higher transfer value than wait for the value to reduce and then not pay tax. In respect of the tax many people can receive enhanced protections, and the actual rate on a transfer to a QROPS is 25% as opposed to the potential 55% in the UK.

Unfortunately, you no longer have the choice as to whether you transfer your NHS pension. In April 2015, the UK government stopped all transfers out of unfunded UK public sector schemes, this included the NHS (as well as Teachers, Civil Service and Armed forces to name a few). The reason for this is that there is no pot of money backing these pensions up. Instead those paying into the scheme today are paying the retirement benefits of those in retirement, and if that does not cover it then the government will pay the difference. It is widely documented that if the Government were to close these pensions to new members and have to meet the obligations the bill would be nearly GBP1 trillion. That is a massive liability and makes the recent banking crisis look like a drop in the ocean. This is why the Government is also considering measure to allow defined benefit schemes to change their benefit structures for existing members in the future (so they can reduce their own liability issue).

An ISA in the U.K. has had tax paid capital input and is non taxable for pensioners to draw on. Is it possible any drawings on a U.K. ISA May become taxable income in it appears to be similar scheme to Kiwisaver?