More than 10,500 new homes completed in Auckland in year to June with numbers still rising strongly

More than 10,500 new homes completed in Auckland in year to June with numbers still rising strongly 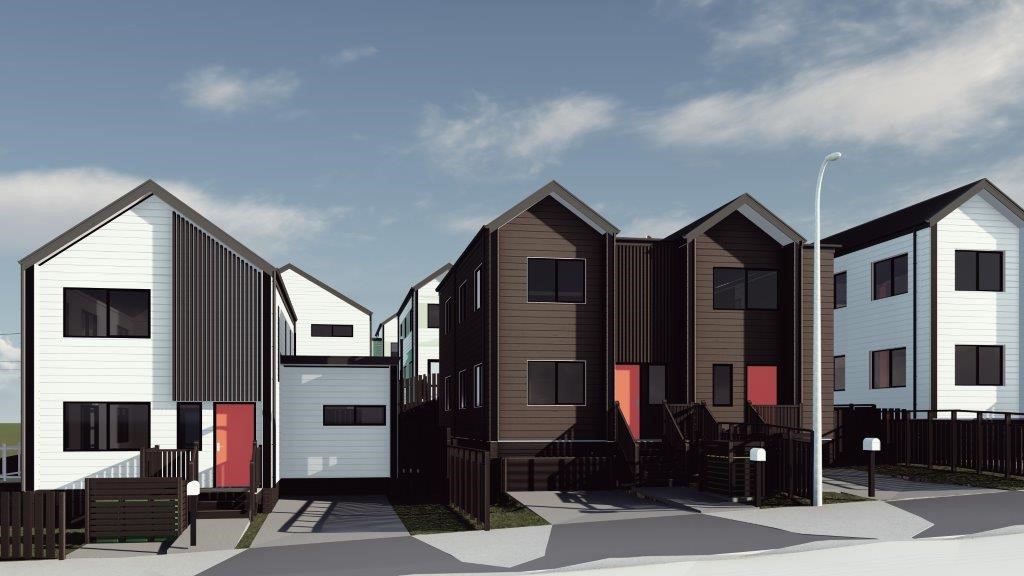 The number of new homes being completed in Auckland shot back up in the second quarter of this year after a dip in the first quarter.

The steady growth in the number of new dwellings being completed in Auckland is shown in the graph below, which plots the number of CCCs issued by Auckland Council in each quarter of the last five years.

CCCs are probably the most important measure of new housing supply because they are issued when a building is completed and ready for occupation, unlike building consents which are issued prior to building work commencing.

Most new dwellings are completed within two years of a building consent being issued, which means a delay of roughly around two years between the time a consent is issued for a dwelling and when it receives a CCC.

So to get an idea of how many dwellings consented actually get built, you need to compare the number of CCCs issued with the number of building consents issued two years previously.

The accompanying table (below) shows how many CCCs were issued in Auckland in each June year from 2014 to 2019.

Those figures are then matched against the number of new dwelling consents issued in the 12 months to June two years previously, i.e., from 2012 to 2017.

This shows a very strong correlation between the two sets of figures, apart from 2017 and to a lesser degree 2018, when the number of CCCs issued was below the number of building consents issued two years previously.

But in the 12 months to June 2019, the number of CCCs issued shot back up and overtook the number of building consents issued two years previously, suggesting most of the new dwellings being consented in Auckland are actually being built and completed.

If that trend continues, then the number of new dwelling consents issued in the year to June 2018 suggests that the number of new homes completed in Auckland over the 12 months to June next year could rise to more than 12,000. That would be up 17.1% on the current level of new dwelling completions in the region, and in the following year it could rise to more than 14,000, up a third on current completion levels.

Gee, I really do hope all these new homes are really needed, and they are not exactly cheap (yet). They'll be rushing off the shelves. Right? Right?

Would also be useful to know how many are for apartments vs for houses. I just can't believe NZers are interested in the quantity of apartments going up.

Yes, data on that would be very useful.

The more new homes completed in Auckland, the better: it should help take some pressure off house prices.......

That might give people like me a better chance of buying something in Auckland - preferably Ponsonby in my case.

Ponce-onby? You are better than that lolz

Homophobic? Is there tolerance for that?

Stop labeling you fool it was a chirpy response to ttp so probably mind your own business. I think you would be better off if you spend time more productively. Think about this fritz from herald today. Sydney property market "a buzz last seen during the boom years.

"A lot more people now are getting concerned that things are going to go up in the next six to 12 months so they're trying to buy now," said real estate agent Phil Allison, who handled the sale. As recently as six months ago, it was difficult to elicit a single bid at an auction for a house just around the corner, he said.

The sudden turnaround in sentiment ......"

I appreciate your respect for me!

Auckland construction sector is moving from very sad to sad. Auckland is now achieving the same rate of consenting as NSW. NSW in its third year of slumping building approvals.

The level of ineptness displayed by Auckland Council is frightening.

I guess a mostly urban city should build quicker than a state incorporating large rural areas. Auckland Council is even more inept than I thought.

Fancy, but no garage for my car. We had a hail storm a couple of days ago, and the AK CBD has had a couple of tornadoes this week. Really, really hope folk who don't care so much about their vehicles.. or don't have vehicles can afford these.

lol, 'Balanced Life', you're sentiment is not very 'Balanced' at all!!!

Serioulsy even if the picture to the article is not a true representation. I wouldn't buy a house with no garage. Given that.. it looks unfinished to me.. I'd need to take out another loan to finish the build. I imagine all the new buyers doing the same thing in the street of this picture, I've seen these houses and hoped that a particular type of person would want them. I'm not an Aucklander though, I used to live in Parnell and on the North Shore. My sentiment is from a buyers perspective, and not a developers who has lacked design. Nothing personal Dgm ;o)

Only on a superficial level.There are a far higher proportion of apartment towers and blocks completing in NSW than in Auckland on a percentage dwelling type basis. So numbers are likely skewed.
However if momentum in Auckland continues at the12- 14 k. C.c.c issuing/ year pace, upcoming, it is not so easy to be confident that 5x14k dwellings...60000
to 70000+ over the 2020-2025 year period.Will they all find buyers(or buyers at positive profits for developers.) Suspecting that net migration will go lower if we have a real recession coming upon us?

Net migration to the whole country is about 50k. The stats here for housing consents and completion are for Auckland only. How many people in these dwellings on average? 2.5? So 2.5 x 14k = 38k. It looks like we're going to be stumbling into a glut just like Melbourne and Sydney. We're just a bit behind them. This is a good thing. High housing costs reduce quality of life.

this spike is only possible with the extra tradies coming in.. Auckland still hasn't improved their productivity levels yet, hopefully once the 'High tech' prefabrication unit opens up, this will increase even more...

Mike, how many actual sales were there in the past 12 months ? Just curious how this compares to the completion certs issued.

what would that tell you??? as most sales are just being swapped around

what is important, is to understand the population growth/loss vs these new builds..

what we can see is that :

- Internal migration for Auckland is currently negative, aprrox 30k
- International migration is also dropping, (based on the 12/16 method)... there are more workers coming thru, looks like construction workers

It might tell you that relative to sales new building is sky rocketing. Its quite a good stat.

Addendum. Barefoots only sold 9,300 properties in the year thru July. So if new builds at 10,000+ there is a massive over supply in the works.

Sales where? And do you want residential only or total sales? 3m rate was better than 7m rate in Auckland as a whole but that hides v wide variance.

yeah.
These construction stats are lagging indicators. noting that it is for the second quarter of 2019.
A lot of these new builds are going to struggle to sell, That will pull back the numbers on completions, eventually.

Developers should have anticipated looming changes in housing demand from domestic and international developments. It doesn't take a rocket scientist to predict a ban on foreign buyers would send the market for expensive homes packing. Effects of Chinese gov's crackdown on capital outflows were also discussed publicly for years now.
Smaller homes, though less profitable during boom periods, have relatively inelastic demand except in the face of a massive economic downturn.
The increasing proportion of apartments, townhouses and units to 50% of all consents in recent months show the changing profile of new homes in Auckland.

I totally agree with you. Another financial concern for the industry is the non-value added spend on items such as compliance, which unfortunately for the end user, is spent on bureaucracy rather than build quality assurance.

We know from the Kiwibuild disaster that the first home buyer market for even 2 bedroom townhouses / apartments selling for less than 600K is very limited, let alone ones selling for 650-700K.
It's all out of whack, and things are going to have to reset, or else the construction sector is just going to die (apart from state housing and higher end housing. Altouhg even state housing is an issue, as HNZ squeeze down contracts, possibly unsustainably).

The regulatory costs imposed on house build in last 10years are at least in the $1-200k range. We know this because the building cost (not land) has risen >50% when inflation has been about 15% over same period. It has risen 200% in last 20 years, with only 50% inflation in that time.

very interesting. What's happening in the rest of the golden triangle? I've been watching developments down here in Hamilton and the speed of build times seems to have dropped considerably. Is this due to low finance costs so it means you don't have to rush to market to recover your investment or what?

Look at the headlines on this website today - "Recession warnings pile up"; "OCR cuts puts Robinson under further pressure to pull business out of the doldrums".
History repeats time after time. Peak stock always arrives at the breaking point of the economy.
Who's going to be able to buy that stock when they lose their jobs? And perhaps it's nothing but surplus anyway. Lets wait and see.....

Absolutely right about peak stock arriving before a crash, seen it all before

Are the ccc figures only for new builds? In my experience CCCs are also issued for extensions and alterations which do not create a new additional dwelling but maybe alterations etc have been backed out of these figures

Pending oversupply in Auckland courtesy of the private sector. Pool of potential credit worthy buyers is too shallow to help. Pent up demand for social for social housing. Government with plenty of capacity to borrow long and low and a penchant for socialism. Equals a sort of bailout for developers and instant losses for any sucker that had already brought into the development.