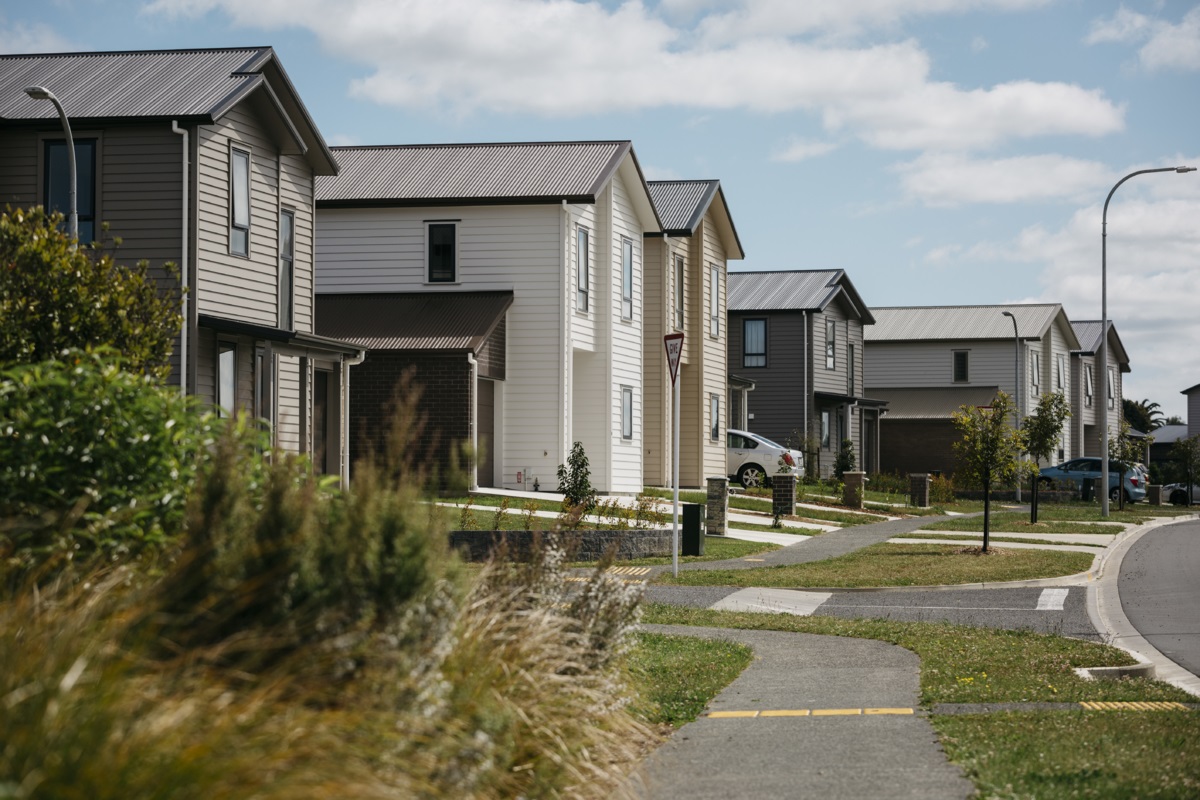 There was a dramatic surge in the number of new homes completed in Auckland towards the end of last year, with Auckland Council issuing 1745 Code Compliance Certificates for new dwellings in November.

That was the highest number of new dwellings completed in any month by a substantial margin since interest.co.nz began compiling the figures in 2012.

The number of new homes being completed in Auckland has been at strongly elevated levels since May last year when the numbers began to exceed 1000 per month.

The number of new homes completed in November was up by 344% compared to the same month five years ago, when just 507 new dwellings were completed (see graph below).

In the 12 months ending November last year, 12,700 Code Compliance Certificates were issued for new dwellings in Auckland which suggests the supply of new homes is now matching population growth.

Interest.co.nz estimates around 10,500 new homes are needed in Auckland every year just to keep pace with the region's high, migration-driven population growth, so with 12,700 homes completed in the year to November that growth is easily being met.

However a considerable shortage of homes will remain, even if home completions remain at current levels, because of several preceding years of under-development, which caused a substantial housing shortage that will likely take years to clear.

The 'considerable housing shortage' is an exaggeration predicated on faulty statistics.
Within a year, the moderate shortage will be corrected.

Without a considerable shortage it’s hard to understand the high prices isn’t it?

Prices are set by the amount banks will lend/pump into the market.

Stats, is always to be cooked every time to suit the narrative. Depends who is the govt. or company (tobacco, vape, alcohol, drug etc) - you can put 'considerable housing affordability' and claimed as faulty statistics. More stocks coming to AKL, following Chch stock? - Are we start to follow China? keep on building a ghost suburbs, which no one can afford? - before you know it, a S*** hole cold damp long drop in Dunedin, will eclipse the AKL/Chch Million dollar speculative land price. Forgot, gold deposit is hidden beyond the dirt below.

This news should not be called new, its the figures for november nearly two months old. What takes the council so long to add up and report the monthly total, if it's easier, keep a daily running total. The cogs turn slowly in the halls of power!

Yet again it's the old affordability issue and not so much lack of availability of property. Still I wouldn't be surprised if there was a switch in focus from Auckland to the Bay of Plenty for building since that's the only place that seems to be selling well at auction, some properties have tripled in value in the last 5 years.
That's so not surprising given that all the Auckland Mom and Pop Investors and those who decided to sell up and more out of Auckland when Foreign Buying was at it's height a few years ago. Perhaps places like Tauranga will be considered the new AKL pity there's no real economy to sustain those crazy prices for them.

An update from the streets of Tauranga: You're so right CJ. The economics are quite shallow, especially when compared to Auckland. We are about a tenth of the size in population & more so in jobs. As for house prices down here, well they're almost as stupid as Auckland's, especially if you need the city to provide you with a good job. Lots of boomers arriving from all over the North Island so their circumstances are a bit different & we have lots of late stage workers buying small businesses. When we moved here 25 years ago it was a retirement village with a beach (or is that the other way round?). These days the traffic's as bad as anywhere.

Yes Tauranga is an interesting one. My family bought 5 rentals there a few years ago and they have doubled if not close to tripled in value since then. If always thought it will come back a bit though as rightly pointed out no industry to sustain those values

How about the rest home industry? - I am sure, all those paid carer should be able to afford both as rental or pay mortgage if they decided to buy.
I just cannot comprehend how many factors decided to keep this RE pyramid scheme going? - a significant outside jolt could impact NZ badly.

I'd hate to think how many older homes from larger sections have found their way to the landfill, replaced by extremely boring 2,3 even 4 houses with no lawn, no garden, no trees. All the new subdivisions look like this, expect lots of Countdowns to spring up around them, zero Palmers.

The alternative would be to cover even more agricultural land in housing subdivisions. A better alternative would have been to not have had the rampant population growth of the past several years but no political party wants to give us that option.

The way it goes, will be like that of Europe. Young generations, pay more on taxes & their mortgage, do more shift work for extra, no time for lawn, garden. Eat-Work-Sleep-repeat to pay for that small single bed unit. Precursor for their elder time then end of life in much smaller boxes (coffin), or just a jar for cremation collection.

Picture this, in 2016 check the new houses around AKL Flat Bush area, 2 storey, 6 bedroom, 4 bathroom, priced 1.2M occupy by two elderly couple. Would it be nice? if that house is actually split into 2 sections, 2 houses, 2 family, 3bed, 2 bath. Combined rates for the council will be the same. NZ mindset is easily swayed for any short term money grab mentality - We all need to learn from China in this year of the Rat, you can't speculate RE in China - after all their GDP number is not magically derived from overseas injection into their RE market ;-)

You can't speculate on RE in china? Well, we can't, but the Chinese certainly can and do.

I don't think you realize how China's economic system works in regards to property. It's all strictly controlled by their government where they lease most of their land which allows them to directly benefit GDP wise even if it is a false economy. Take one of their biggest economic power houses Hong Kong which also has the most expensive real estate in the world, where it is virtually all controlled and owned by the government.
This has led to most people living in slum conditions in cage and coffin homes, where even apartments have been sectioned up just as you've been describing. So they don't need overseas buyers because they can just squeeze their citizens in to smaller and smaller condition to extract more and more money out of them. Here take a look for you're self to see how it all works: Vox report: A Tour Of HK Cage Homes. https://digg.com/video/hong-kong-cage-homes

Yep that wouldn't surprise me. Though the NZ REA's better hope that Trump gets thrown out of office after his impeachment trial because he's not going to fix the mess he's caused with his Trade War with China. Which means that China can not lift it's Capital Flight restrictions over it's citizens that has mainly gummed up the flow of foreign money in to NZ's real estate market.

SO, Barfoots admitting that 25% of its sales are to Chinese. STUNNING stuff.
Chinese make up 14.5% of NZ pop.
In Albany it is about 35%.
Getting back to Barfoots, they are about 32% of sales in Auckland.

So as predicted the foreign buyer ban is ineffectual. Quelle surpise.

Those who predicate rises in house price in Auckland upon the joint forces fo lowering interest rates + increased pop in excess of housing supply need to explain why prices will rise (we are told) by 8 - 10% in 2020, given that these propellants are now ending or ended already. Indeed, if it is the case that supply is going to shortly (or already has) exceeded demand (as indicated by pop rise) then one would expect (given rules of economics) that price would fall.

You have identified two factors, low interest rate and increasing pop. Something else you did not mention is confidence and market trend. Buyer confidence levels are the most impt factor to get the trend started but then I believe buyer greed takes over. Buyers catch FOMO and theres no stopping them. Does that explanation help you mike or do you still believe that prices will start to fall by up to a quarter from the end of this march until 20201