Lifestyle block sales in July were 43% higher than in July last year, the Real Estate Institute of New Zealand says 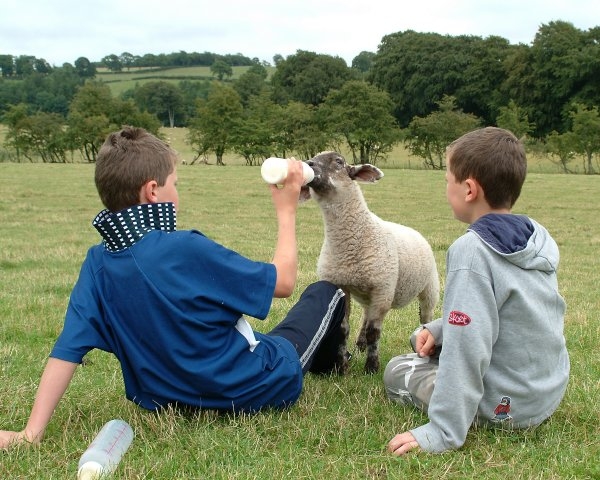 There has been a surge of lifestyle block sales on the back of the COVID-19 lockdowns, according to the Real Estate Institute of New Zealand.

The REINZ's latest sales figures show 849 lifestyle blocks were sold in July, up a whopping 42.9% compared to July last year.

That was the most lifestyle properties ever sold in the month of July.

"Now that technology makes working from home so viable, COVID has been a strong catalyst for many people to make the leap they've been talking about for years," she said.

Across the whole country, the biggest increase in lifestyle block sales in July, year-on-year, was on the West Coast where they were 157% higher than a year earlier, followed by Manawatu/Whanganui where sales were up 91.3% and were the highest they have even been in any month of the year, followed by Auckland +64.7%, Northland +60.0% and Otago +55.2%.

The only region to record a decline in lifestyle sales in July compared to a year earlier was Nelson (-66.7%), but that was on a very low number of transactions in both years (see table below for the regional breakdown).

However while the number of sales was up sharply compared to a year ago, prices tended to rise at a slower pace. 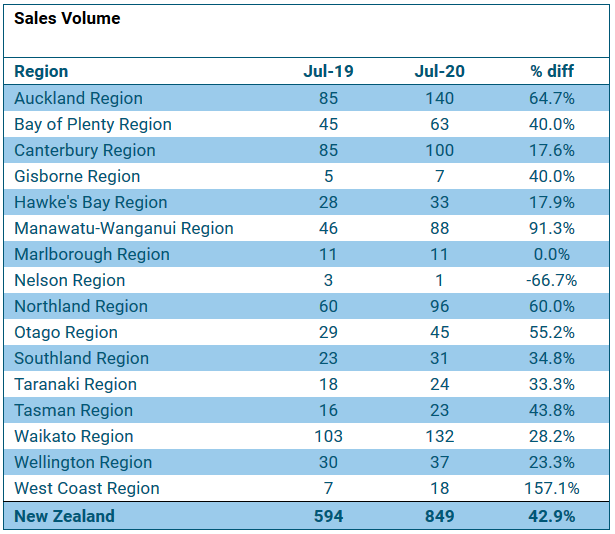 There were more small blocks to sell because so many big blocks were subdivided up by greedy investors.

There's definitely a lot of that going on.

Actually it is possible many sales were the product of disillusioned owners realising land ownership is a bit more than just feeding the chooks and deciding to go back to their postage stamp in suburbia. Stats like these aren't much use unless they also show how many new"lifestyle blocks" were created. As for your comments about "greedy investors" perhaps you could give some context instead of sounding the sour grapes horn out of jealousy

Certainly there's turnover for the reasons you describe. But there are a lot of subdivided blocks on the market at the moment.

Makes good sense. Why drop $4 mio for a damp, cold villa in Grey Lynn when you can get far better value in a lifestyle block? Colleague based on the Tutukaka Coast is nestling in on a lifestyle property while selling his properties in Greenlane and Whangarei.

Tuts might be a bit far. In range of akl when needed will tempt many though.

Tuts might be a bit far. In range of akl when needed will tempt many though.

What's on offer in Auckland that you need proximity to?

I can imagine a lot of people thinking they can mostly work remotely, but maybe 1 day a week commute.

Airport, health services, events and sport, shops, and the big city buzz when we feel we need it.

Will also provide a welcome sales boost for small tractors, ride-on mowers (Life Sentence Blocks are too big to Mow, too small to Plow), vets (as hapless owners discover that animules require more than just water in the trough and a bale tossed over the fence weekly), fuel sales (commutes are implied for any work that can't be done online), vehicle sales, fencers, hedgers, arborists, and of course Medics (to patch up the inevitable Chainsaw/LSB'er unintended interface). GDP growth assured....

Very true and I like your humorous take on it.

Makes sense. Why be forced to locked down in an urban area when you can have the freedom of a few hectares and WFH so long as you have semi-decent internet connection? This has certainly crossed my mind. On a related note, there seems to me a similar move in the US of wealthier individuals giving up the city life for a ranch in the likes of Iowa or Texas.

Wow 43% more people got rid of their cursed lifestyle blocks.

Must be all that time at home during lockdown staring at all the jobs around the property that need doing.

You mean the greedy investors who are taking a risk ( property prices might fall after the substantial costs of doing a subdivision) then have to pay 15% GST then 30% tax?