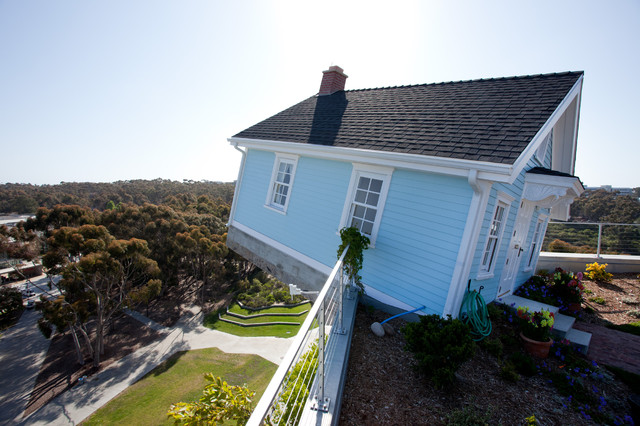 The housing market is probably slightly hotter at the top end than the lower end, according to the latest data from the Real Estate Institute of New Zealand.

The REINZ national median selling price was up by a whopping 5.2% in the month of October, and up by 19.8% compared to 12 months earlier.

However the REINZ's House Price Index (HPI), which is considered the more reliable indicator of overall market movements, only increased by 3.5% and 13.5% respectively for the same periods, suggesting price growth was lower than the REINZ's medians indicated.

A similar trend was evident in Auckland, with the October median up by 4.7% in the month of October and up 16.3% over the previous 12 months, while the HPI for Auckland was up 3.5% and 15.4% for the same periods.

The most likely explanation is that while median prices can be a good indication of movements in the market, they can also be affected by changes in the mix of properties sold.

So if more properties were being sold at the top end of the market than the bottom, that could pull up the median, even though the prices of individual properties might not have moved much.

But the HPI adjusts for movements in the mix of properties being sold, to give a better indication of overall market movements.

Although the HPI shows lower price movements than the medians over both one and 12 months, it still suggests that prices have been heading skywards at a significant clip.

The biggest price increases over the last year have occurred in the Wellington region, with the HPI up by more than 20% in Lower Hutt, Upper Hutt and Porirua over the 12 months to October, while the HPI for Wellington City increased by a comparatively sedate 11.2% over the same period.

That rate of growth appears to be increasing, with the HPI up by more than 5% in the month of October in most parts of Wellington (refer table below for the full regional figures).

It was probably no surprise that the weakest 12 month HPI growth was in Queenstown-Lakes but perhaps just as surprisingly, it was in positive territory, with a 0.6% increase for the year and 3.6% growth in October (see below).

This is a first class problem, let's not forget that.

Bugger, I've only got economy tickets.

Bugger, I've only got economy tickets

I know someone at the RBNZ who might be to get you an upgrade for a relatively small fee. Ticket is your own concern.

Martin North has a word to say...
https://www.youtube.com/watch?v=xQvNOiBtN8o&t=652s

MN predicting another bubble burst? The only thing that surprises me is that there are still morons lapping this garbage up.

Indeed, what we need is to enforce this feel good positive up & up pricing - so that wealth trickle effect will soon follow, party just started.

Very hard to listen to. Also what's the point?

Great analysis from Martin as always. If more would pay attention to the data and make consistent interpretations instead of copying and pasting what the herald says we would not have so many economic illiterates.

She may have ruled out a wealth tax but a land tax, like most states in Australia especially NSW, is very likely in the next few years.

Haven’t the local councils already feasted on that one. For example in Christchurch the higher your home is worth the more rates you pay. That already inflicts much unfairness. We have elderly relatives in a street who pay $8,100 pa as opposed to immediate neighbours who pay $4,400. Same sized section, structure, street frontage, exactly the same services. The difference being a new house arising out of an EQ rebuild, hence higher value. All sorts of mealy mouthed obfuscation issue from Council to justify this anomaly, but at the end of the day the fact, is the higher your value the higher your rates. Central government would need this addressed if they are going to load a land tax on top of rates.

How much of the 8100 is a targeted rate for that area.

It wouldn't make a huge difference to the disparity. FG is right - rates are an out and out gouge by councils, often used to fund pet projects promoted by vocal and vociferous minorities within council. I'm happy to pay for common infrastructure and amenities (even though I don't use many) but there is much wastage and little accountability when it comes to rates and council budgets imv.

As a farmer you know that more than most ... high rates in exchange for stuff all

And everyone who is elected onto council with the promise to reduce rates is invariably unable to make headway. To be able to concentrate on only core spending (which I see as 3 waters, roads, rubbish collection) and eliminate the other useless stuff, you need to have the CEO, CFO, and Engineer all on board with working for the good of the ratepayers rather than their own little empires. Then things will get sorted.

Rates will never reduce, as costs will always go up . Not unless the council has another way to generate income, such as owning shares in utilities etc.

Some councils rate on land value, some on capital value. Rating on capital value can be form of a wealth tax, as you are penalised for improving and putting money into your house. My parents house with a council that rated on CV, were rated over 8k and it was solely because their house was in a band of more expensive houses when compared to others in the city. Even though it would be about the same price as the average price in Auckland . It wasn't a targeted rate etc. So they were paying substantially more for the same services as a cheaper house. I recall the Auckland mayor some years ago defending rating on CV and people with more expensive houses paying more in rates, but I can't recall is reasons. IMO we need a CGT on all houses, and paid when sold. Make it simple like GST. If we don't have it on the family home, then we are creating loopholes, and very little will get paid. Land tax is an idea too, but adding on too many taxes could also push up house prices even more.

We need to stop people who are just buying up cheaper houses around the country (at the moment) and mothballing their additional houses, as we have enough houses to house the 20,000 people waiting for a house. Instead taxpayers are paying to house them in motels etc, while investors are sitting on them for capital gains.

Yes it is a straight out wealth tax. Rates are supposedly charged for goods and services. If that is true then two same sized houses that neighbour on same sized land should attract the same charge surely. So to differentiate between the two on value destroys the premise that it is a service charge. And don’t overlook, because it is a service charge central government is already collecting 15% GST on that differential. Surely The Green Party should acknowledge on this basis, before anything else. a wealth tax already exists.

Rating that high vs neighbours can reflect subdivision potential. Council use it as a passive tool to force land bankers and retired single people out of prime areas zoned for intensification.

Do all councils do that on big blocks of private farm land that is rezoned to residential land? If those landowners are rezoned and rerated a far higher amount for residential rates, I would have expected to hear a lot of them coming out complaining.

Didn't they say no new taxes?
In any case, a land tax seems more extreme than CGT so I doubt they have the stomach fo rit.

May not totally reflect it in the stats, though it says 20-25% outside Wellington city in a year, on the street, it feels like it's going up not just 5% in one month, it feels more like 5% A month based on the prices i'm seeing.

Porirua the most expensive part of Wellington now. Never thought I'd see that.

P-Town, grew up there, can't believe it.

But increasing property prices is their preferred transmission channel. Would be great if they ignored it and tried something else.

Thats an almost 50% accurate quote of what he said....

In that case I blame the fellow that was interviewing him for misquoting him: https://thespinoff.co.nz/politics/01-08-2020/the-famous-words-that-norma...

Hottest = Wellington.
12 month house SALES in Wellington fell compared to previous 12m period.
Prices do not constitute a "market"
A market is buyers and sellers.

I wonder how an earthquake will change the market. I may have looked at Wellington, but too concerned about how and earthquake could affect the area and prices, and then stuck with a house that could have a botched repair etc. That is one reason I think overseas buyers preferred Auckland.

If A National government was elected that did the right thing and cut 30-40% of the bloated bureaucracy in Wellington then that could have an impact too.
I don't think that will happen though, I think the Wellington bureaucracy increased under National's watch.

Covid and the lockdown probably played a part in this. How big was the fall?

Sales as I have repeatedly itemised monthly, are tripling at the price range over $1.5m.
This is an investor and safe haven boom. Running from NSC to less pop areas

Yes I have noticed this. There is strong demand for houses on freehold land, but smaller apartments and units in bodycorps have not gone up much at all. This would affect the median as you suggest.

Maybe because they can become a liability. Supply may meet demand, or even exceed it, due to the lack of overseas students etc. I know of an apartment on the market where the body corporate fees are 10's of thousands of dollars. Cheaper to rent. I don't know how an investor could make money off them when the fees are that high, and there is also a lack of control over what the fees could be in the future .