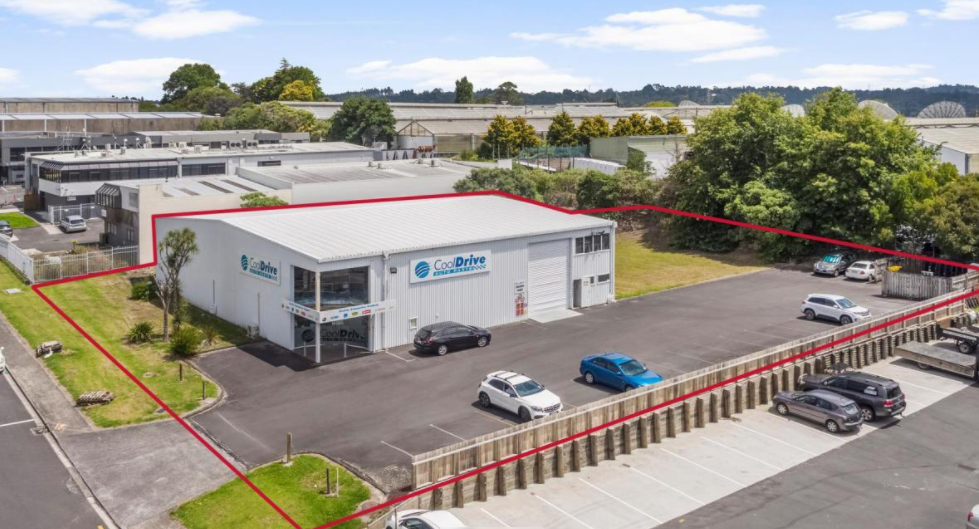 Biddlng was lively for this industrial property at Albany of Auckland's North shore which sold for $3.69m

Investors are continuing to be attracted to smaller commercial investment properties, especially those with some development potential.

At Bayleys' latest commercial property auction in Auckland one of the most hotly contested offerings was a 650 square metre warehouse/office at Albany on the North Shore (pictured above).

The property was rented for $90,000 plus GST a year and although the bidding opened at just $2 million it was hotly contested before it was sold under the hammer for $3.69 million, giving its new owners a net yield of just 2.43%.

The key to that price was probably the fact that the building sat on a 2505 square metre site, giving plenty of room for future expansion of the premises and the resulting increase in rental income this could provide.

At the same auction a vacant, 734 square metre development site on two titles in Newmarket attracted just a single bidder, who made an opening bid of $5.5 million but the deal was closed when that was increased to $6.188 million.

More traditional investor fare was also on offer, with most of the suburban retail units at the Auckland auction attracting multiple bids before selling under the hammer at yields ranging from 4.58% to 5.8%.

Bayleys have also reported a wide range of commercial sales from around the country, including a a couple of motels in Taupo that achieved yields of 5.67% and 7.65%. While a 936 square metre office building on a 1459 square metre site leased to the Ministry of Social Development in central Naenae in Wellington's Hutt Valley sold for $2.4 million, providing a net yield of 5.86%.

Bayleys have also reported a wide range of commercial property sales from the Waikato, Taupo, Gisborne, Whanganui, Hawke's Bay, Wellington and Timaru, and all of their details including photographs and their selling prices are available on our Commercial Property Sales page.

Excellent procurement. Buy now and there's always a rezoning opportunity with options of choosing which market to supply.

well 2.4 percent return now i know the world is awash with money,now its true, money is worthless.