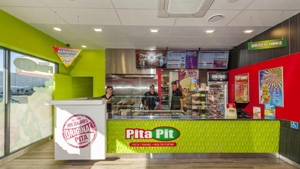 Rental yields were mostly in the 5-6% range at this week's Bayleys commercial property auction held at their Viaduct Harbour rooms in Auckland's CBD.

Twenty three properties were put up for auction with 13 selling under the hammer and 10 being passed in for sale by negotiation.

There was particularly strong bidding on a group of shops at Albany that form part of The Foundation, a new retail complex recently completed..

Nine shops in The Foundation were put up for auction, which was the final tranche of 23 retail premises in the complex to be sold down by the developer.

The bidding was particularly intense for the smaller of these properties, with floor areas of 56-58 square metres operating as convenience food outlets, they had  nine or 10 year leases to operators such such as Tank Juice, Pita Pit and Bruce Lee sushi.

Even the fact that one of these smaller units did not have a tenant was no barrier to it selling under the hammer at $480,000, a 17% discount to its tenanted neighbours.

The larger units in the complex, with floor areas of 111-193 square metres were not quite so keenly sought after, with two selling under the hammer, one for $1 million providing a 6.5% yield and the other selling for $930,000 providing a 6.6% yield.

Three other larger units in the complex were passed in.

There was also very strong bidding on two blocks of strip shops, one at Orakei the other in Kohimarama.

The Orakei property was an older block of four retail shops with offices above sitting on a large 1108 square metre site, providing potential redevelopment opportunities.

The complete results are listed below:

The following properties were passed in for sale by negotiation: