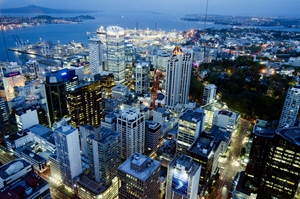 The amount of office space in new buildings being consented in central Auckland could more than double over the next 12 months.

That could see Auckland start to overtake Christchurch as the major centre of office building activity in the country over the next few years.

The latest figures from Statistics NZ show that just over 95,000 square meteres of new office buildings were consented in the Auckland region in the 12 months to August, of which just over 52,000 square metres was in Central Auckland which includes the CBD.

That compares with just over 177,000 square metres of new office buildings consented in Canterbury during the same period, almost all of which was in Christchurch.

That was more than double the previous high of 85,598 square metres of new office buildings consented in tCanterbury in the year to August 2009.

Those figures are for office space in new builidings and exclude office space being developed as part of the refurbishment of existing buildings.

As the table below shows, the amount of new office buildings consented in Canterbury has grown steadily as as the post earthquake reconstruction of Christchurch has proceeded, with nealy 385,000 square metres consented over the last three years.

However Auckland may be about to play catch up.

Rob Bird (pictured below), the director of office leasing for Colliers International said there was likely to be a surge of consents for new office buidlings in Auckland's CBD over the next year or so, which could push the amount of new builds consented in the city back up over 100,000 square metres a year.

Most of this was centered around the new office precinct between Viaduct Harbour and Westhaven but there would also be some new projects on the downtown area such as Precinct Property's plan to redevelop the Downtown shopping centre site at the bottom of Queen St.

However that did not necessarily mean that the total amount of office space in the city centre would increase by the same amount of new space that was built. 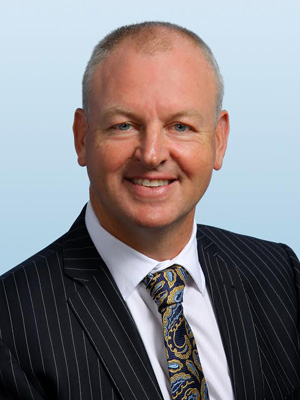 As tenants relocated into new buildings located closer to the waterfront, many of the older buildings they left behind were likely to converted to apartments, Bird said.

A combination of a fall in the relative value of older buildings and rising residential property values meant conversion of many more office buidlings to apartments had become financially feasible, he said.

In the Wellington region there has been a big jump in new office consents, with 33,749 square metres of new office buidings consented in the year to August, compared with 8321 in the previous 12 months.

However that was still well down on the record 94,517 square metres of new office buidlings consented in Wellington in 2007.

The government sector accounted for about 40% of office space in the city with large corporates accounting for around 20% and the rest was mostly small to medium sized businesses, he said.

For a new office tower to be built, the tenants would need to be prepared to pay gross rents of about $650 per square metre, Johnson said.

Government tenants weren't prepared to pay that and smaller companies's needs could be met by smaller buidlings, which meant there was insufficient tenant demand at the moment to justify a new high rise office tower in the capital.

remove the banks from the above figures