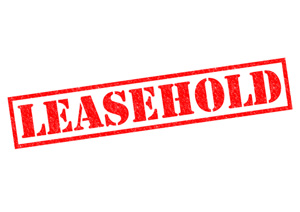 I went shopping for an Auckland apartment last week.

I had an investment approaching its maturity so I needed to find something to do with the money and called in to the open home of a small leasehold apartment at the top end of Queen St in the CBD.

My rule of thumb on leasehold properties is that they could suit some owner-occupiers, but it's usually difficult for investors to make good money from them because the discount they sell for in comparison to freehold properties (on a like for like basis) is usually insufficient to compensate for the cost of ground rent.

And of course someone else is taking any capital gain.

However everything that provides an income has a value and the resale prices of many leasehold units have plunged dramatically over the last few years.

Would the asking price of the one I looked at be low enough to allow me to make some money, I wondered?

With a floor area of 40 square metres the one bedroom unit was bigger than many and it was well designed to make the most of the space, with a very usable deck that could be accessed via ranch sliders from both the bedroom and living area.

It was a corner unit which meant there were windows on two walls rather than just at the front, increasing the amount of natural light and making it feel more spacious.

And it was well located, with the university within easy walking distance, the Bohemian delights of Karangahape Rd just around the corner, and if the tenant wanted to throw a Frisbee around they'd only have to walk across the road to Myers Park.

So there were plenty of ticks in boxes.

If I did buy it, I'd have had it managed so there goes another $1,372 or so each year year, and I allowed another $1,000 a year for maintenance and incidentals.

I've noticed a lot of the apartments coming on to the market over the last couple of weeks have been vacant, suggesting vacancy could be an issue at this time of year for properties that are aimed at the student market.

That's not to say you couldn't get a long term tenant, but I decided to err on the side of caution and allow for six weeks' vacancy a year.

I know that some investors have been buying residential properties at yields below 5%, but they are usually freehold and come with an expectation of capital growth.

It seemed to me that the key to making money on this type of property, apart from trying to beat the vendor down on price, lies in what is likely to happen to the rent over the next few years.

The net yields on leasehold properties tend to rise in a zig zag pattern.

While the ground rent is fixed and the rent is rising, the yield should rise steadily.

But when it comes time to review the ground rent, costs shoot up and the yield drops precipitously before slowly crawling back up again.

The ground rent on this unit had only recently been fixed, which meant its current yield was at the lowest point in its cycle.

The rent and consequently the yield, should rise steadily until the ground rent is reviewed again in six or seven years' time.

In the current market, capital values have tended to rise at a greater rate than rents and if that trend continued, it could mean that when the ground rent on the flat is eventually reset, the reduced yield at the start of the next cycle could be even lower than it is now.

That may mean that rental growth for this type of property outperforms the rest of the market.

But it's all stuff that might happen and in terms of returns and the potential growth, it would be off a low base.

So this one wasn't for me and for the time being at least, my view on leasehold units as an investment option hasn't changed.

If I was going to buy one as an investment it would have to be cheap. Really cheap.

Very nice granular, practical analysis.
Although - how do you put a price on the bohemian delights of KRd?
Especially Vegas Girls, that place really is full of priceless old historic relics, and thats just the 'girls!'

SK, your missus does she knows those places that you're hanging out in your spare time?  And I hope you have a good supply of penecillin handy!

Yes.  Better to be the one the lease money goes to.

The real issue is 20% gross yield, resulting in 3.98% net revenue, reducing to dollars a day.

On the heap of materials called a property, that it _needs_ a 20% gross return to fetch a 3.98% net base figure.... then someones' stealing your pig (as Terry Pratchett had said.   ie all the oriental style dishes with odd bits off animal...it's because the bigwigs have already taken the best bits.)

although with leasehold, unlike freehold, you're not normally considering have to pay back principal - although, tht also means your interest portion isn't going to shrink down which is one of the lovely things about a freehold, eventually your interest/rent cost does go away.
With leasehold & ground rent, you're already paying the rent forward.

However, as yopu say, IN AUCKLAND, the rising prices will push up those wages, the supporting money feed-in structure is there.  There will likely be a "bigger fool" for you to pass too, unlike the more stagnant provinces

We do leasehold really badly here in NZ .  The system could be used to alleviate housing issues for lower income groups , but we dont do it .
The State could own the leasehold land and let it to the low income leaseholder family  for say 5% of the capital  value
A  Govt owwned $100,000 section in South Auckland would attract $5,000 a year in ground rent , around $100 per week
A  LOCKWOOD 3 bed home would cost around $2050 per week
All up a 3 bed house for $300 a week instead of $600 to $700

They are not all bad, you just need to read the fine print. My fathers place is on a 999 year lease so the reality is that its unaffected by the lease status. Anyone buying a CBD appartment on the other hand would need to look carefully at when the lease expires as per the artical just the other day on the appartments facing massive increases.

Sounds like your father place is a cross-leased, not leasehold.  Cross-lease is where you shared the ownership of the land.  Leasehold is where someone else owns the land and you pay rent to be on it.

Yep the ground rent review in recent events has destroyed the sale value of the leasehold by sheer magnitude. It happened in cornwall park and down at the wharf where naive folks had paid as if they were cheap freehold and disregarded the potential for capital loss.
On the example in the article, to owner occupy you would pay $10,582 in expenses and $5,525 in interest to borrow or tie up the full amount @ 6.5%. Total $16,107 pa, $309.75 per week. A reasonable rate for a couple to live in downtown, or as a family bunkroom for students and nights out on the town. If setup as a second "investment" property, maybe some tax concessions come into play renting it to yourself at a loss.
It's simple really, these properties are more like renting a room in a shared house and have virtually no capital value. There is not room for another middle man to speculate so money is only made by agents here. What you pay for the lease is just providing the right to occupy the place, like a security deposit you could expect to get back when leaving, but not more, not even inflation.
Right at this turning point, potentially set up a property management portfolio picking these up cheap after ground rent increases blow the socks off the victims and they sell out in distress. Make your money from what would be the management margin and pass them on before the next cycle looks like it lowers the leashold value again. But one shock like this is likely to be enough and reality will now keep these low.