Herald Homes and HouGarden.com found to have have promoted themselves with misleading advertising

Herald Homes and HouGarden.com found to have have promoted themselves with misleading advertising 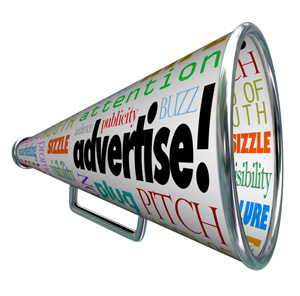 The Advertising Standards Authority (ASA) has ruled that the way two property-related media outlets promoted their services was misleading.

In two separate decisions, the ASA upheld complaints against Herald Homes, a print publication (with an associated website) inserted in The New Zealand Herald, and Hougarden.com, a website aimed at Chinese property buyers.

According to the ASA, Herald Homes ran advertisements which stated: "Sell your home for more with the Herald Homes...on average, properties sell  for 20% more when their marketing includes Herald Homes."

Some of the advertisements also contained a qualifying statement, which said: "Properties that included Herald Homes in their marketing sold for an average premium over CV of 20% higher than those that didn't. -TNS Research, 2014."

Former property commentator Alistair Helm lodged a complaint about the advertising with the ASA last year, in which he alleged the ads were misleading and deceptive because the claim they made was based on information restricted to sales of properties above $1 million and there was no proof that the sales premiums achieved were the result of the properties being advertised in Herald Homes. Helm's now head of product at Trade Me Property.

"There are simply too many variables that impact the sale of a property to be able to say with any confidence or genuine proof that there is a causation between one piece of marketing and the final sale price.

"It is misleading and unprofessional of the New Zealand Herald to make such a claim," Helm said in his complaint.

In its response, NZME, the company which publishes The New Zealand Herald and Herald Homes said TNS Research was asked to confirm that the claim and the explanatory footnotes were accurate and capable of substantiation.

"NZME received confirmation from TNS Research prior to publication of the Herald Homes advertising campaign, that the claim and footnote were  accurate and statistically supported by their research," NZME said in its response to the ASA.

In its decision, the ASA's Complaints Board said it was unclear from the information provided to it as to the methodology of the research behind the claims.

It found that  the advertisement was likely to mislead consumers and had not been prepared with a due sense of social responsibility to consumers and society, which was a breach of the ASA's Code of Ethics.

The second complaint considered by the ASA related to a billboard for the property website HouGarden.com.

J.Li complained to the ASA, alleging that the claim was misleading and that the website could not reach two million Chinese buyers.

In response, HouGarden.com said the figure was based on Google Analytics data which recorded 2,259,834 unique visits in the last three years.

The ASA's Complaints Board said for HouGarden.com's claim that it could reach more than two million Chinese buyers to  be considered truthful, it would need to include a qualifying statement in its advertising that it was based on the "total of visitors to the website over the last three years".

Without that qualification the advertisement was likely to mislead consumers, the ASA said.

Hougarden is the sister site to realestate.co.nz the company Alistair used to work for before he decided to pursue other interests....

Who actually looks for real estate in newspapers these days?