Asking rents in Christchurch surge 10% in 12 months, overtaking Auckland, making Christchurch the most expensive place to rent in the country

Asking rents in Christchurch surge 10% in 12 months, overtaking Auckland, making Christchurch the most expensive place to rent in the country 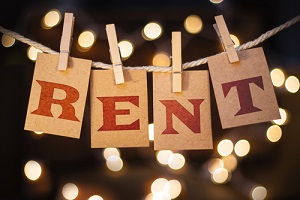 The median asking rent for homes advertised on Trade Me Property hit a record high in March.

The national median asking rent for rental properties advertised on the website was an all time high of $420 a week in March, up 7.7% compared to $390 a week in March last year.

However there were major regional differences with the biggest rent rise occurring in Christchurch which has now overtaken Auckland as the most expensive place to rent a home in the country.

The median asking rent for Christchurch homes was $495 a week in March, up 10% compared to March last year, even though the number of homes that were advertised for rent in March was up 50% on March last year.

That makes Christchurch even more expensive than Auckland, where the median asking rent hit a new record high of $480 a week in March, up 6.7% compared to March last year.

In Christchurch the median asking rent for a 3-4 bedroom house was $560 in March compared to $550 in Auckland.

Around the rest of the country, Northland was the only region to post a double digit increase (12.5%) in median asking rent for the year, followed by Taranaki on 8.8%, Bay of Plenty 7.9% and Otago 6.7%.

To read Trade me Property's full report for March, click on the following link:

Do those Christchurch figures take into account that many properties are still advertised for short term deals (1-3 months) for owners of properties who need to be out of their own house short term for repairs? The cost for short term is very high as many expect insurers to pay it.

Trade me, in their report ( but not included in the above article), also points out rental increases are far less for existing tenants than the increases applied when a tenant vacates the property.

This shows the chatter on interest.co.nz by posters about 'evil landlords' is nonsense. In fact, landlords like their tenants and are kind to them.

Along with the evidence that renting is relatively cheap compared to home ownership, it's yet more proof that landlords do a great job providing efficient housing for New Zealanders.

Its not Friday but...
What do Landlords use for Birthcontrol?
Answer: Their personalities.