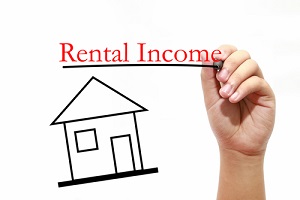 There was a sharp decline in the capital returns from residential property in the fourth quarter of last year while income returns remained largely flat, according to Colliers International's Total Residential Returns report.

The report tracks the quarterly changes in the REINZ's median residential selling price for Auckland and the whole of New Zealand, and also the changes in median rents recorded by the Ministry of Business Innovation and Employment, and calculates the net income return, capital return and total (income plus capital) return that would be achieved if a median priced residential property was rented at the median rent (less a 25% allowance for landlord's expenses such as rates, maintenance and insurance).

The report also shows that rental returns remained remarkably flat last year, staying in the 3.3%-3.4% range from the fourth quarter of 2014 onwards (see the tables below which track the income, capital and total returns from 1993 to 2015).

That slowdown in price growth saw the annual capital return decline from 22.7% in the third quarter to 14.9% in the second quarter.

While total returns of 6.3% nationally (before finance costs and tax) and 17.5% in Auckland are still significantly better than returns being offered by other investments classes such as bank term deposits, much will depend on how the property market preforms as it heads into 2016.

If the price trends that were evident in the fourth quarter of last year continue, the double digit capital returns that have been achieved in Auckland will soon become a thing of the past, and investors will become more reliant on rental yields to make an investment stack up.

However it is probably still too early to pick a trend in prices.

Overall demand for residential properties remains strong, particularly in Auckland and rents are continuing to rise.

Those two factors and ongoing low mortgage interest rates would be likely to act as a hand brake on any easing in prices that does occur this year. 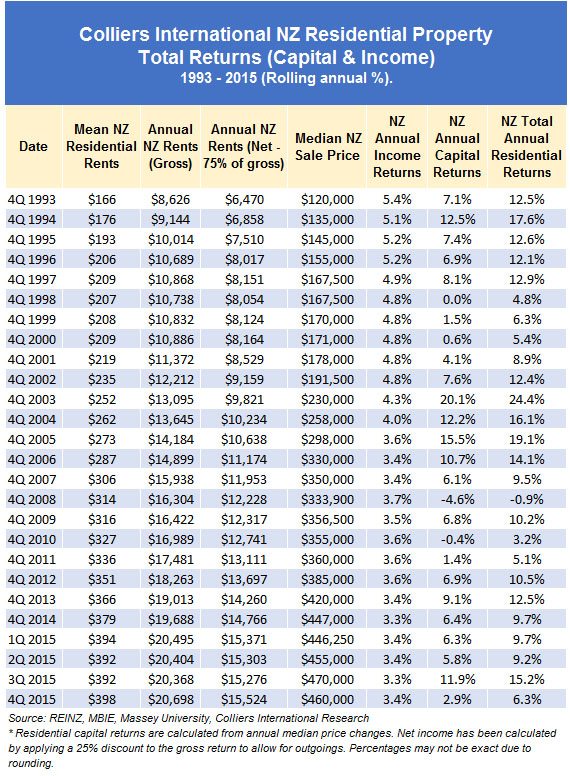 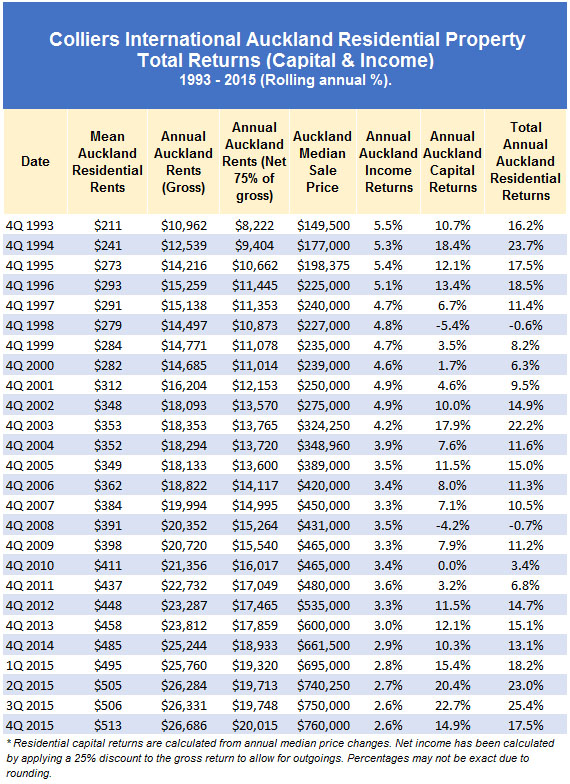