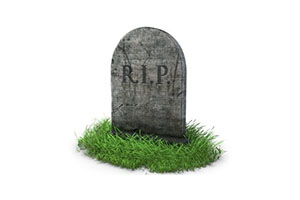 Jacquie Barker has been warned for a long time about the pending death of the registered property valuation industry without the threat ever coming good.

But the Quotable Value CEO told a Parliamentary select committee on Thursday that changes in valuation technology in recent times, and changing attitudes among lenders, meant she could now “see the day that that will happen.”

To an extent, at least.

New electronic systems like the Corelogic site used by banks to provide valuation estimates are set to pretty much replace valuers for these sales, Barker said. However, the top 20% or so – expensive sales where there might not be as much complementary sales data – are still likely to require registered appraisals.

Banks had been staffed by “traditional people” who made risk-averse decisions, requiring registered valuations, she said. But rising technology was producing effective results, leading to “quite a big change in terms of what the banks will use.”

National MP Stuart Smith asked Barker whether we should be worried about relying purely on computer-generated valuations based on similar sales rather than those done by trained valuers. An upbeat Barker said the shift should not be feared.

The amount of information becoming available to go into electronic valuation models was giving such good outcomes that she was confident to rely on the numbers. It was also not amiss to trust the market – after all, sales data effectively captures the emotional elements of values, something registered valuers might not be able to capture.

I had a valuation done not that long ago by an independent valuer, so I could get a good idea what to tender on a house. The house had about 10 tenders, and almost all were double the value the valuer put on it. Even I thought the valuers value sounded low, and I offered double myself. Personally I think they are a waste of money now. The problem is that banks and trustees seem to require them. So I don't think they will die. But they should be significantly cheaper than they are, compared to an electronic one.
The electronic verions though don't seem to take into consideration that someone may have overpaid. After the sale of the house, the RV on the property more than doubled, even though it had just be done previously, and the expected value for the house if it was to resell was more than was paid, by about the cost of the agents fees.

Oh they'll be a lot of revaluations coming my friends

I would say if we had a high building standard then we wouldn't need them but this is not the case. If your not prepared to crawl under the house to inspect it then you should pay someone else to do it. The house I currently own would have sent anyone who got a building report done screaming, 2/3 of it was permanently flooded underneath and it was the job from hell to sort it myself, you couldn't have paid someone to fix it.

Then a valuation is pretty worthless. The building report I had done years ago also included a valuation, its a pointless exercise to get just the valuation IMHO. Also looks like the cost of getting one done has almost tripled since getting one in 2003 if people are paying $1000 .

Couldn't agree more. We have recently paid for 2 building inspections in Waihi Beach. Both were dodgy. We know one on sold our building report we paid for to next purchaser - we withdrew our offer on the basis of report. We commissioned another company Wisebuy to do an inspection on a hone that was being sold privately. - unbenown to us the vendor knew building inspector from Wizebuy and contacted him directly. He was stupid enough to talk to vendor and we found out. Went to small claims court as we did not feel we should pay him his said fee. Ended up in Small claims court and whilst we reluctantly agreed to pay 95% of bill I would never use Wixebuy again. What's more to the point it is an unregulated market and there are less than competent and less than honest inspectors thinking they can make a quick buck. Disgusted. BEWARE AND MAKE SURE YOUDO YOURHOMEWORKAND ENSURE IF YOU DO BUILDING REPORT YOUPUT IN WRITING THEY ARE NOT ABLE TO OBSELL REPORT NOR ARE THEY TO TALK WITH VENDOR. !!

Sounds far more like an industry that has got expensive on the back of a boom, and a small handful who are in on manipulating valuations to rort banks.
Not the 1st time an industry or trade has gone down the tubes alternatives due to being greedy or unreliable.

As Rob said, they are 2 different things. A building inspection is done to look for issues in the building and a registered valuation is done to estimate the value subject property should sell for based on "equivalent sales". Sometimes it can be hard to find recent sales that are strictly comparable in which case it becomes more of a guestimate. It always pays to look at detail on comparable sales to see how the valuer came to the conclusion. And also others that you may know of that aren't in the report.
The industry is not going down the tubes because of being greedy or unreliable, if anyone is being greedy it might be the people providing computer generated reports which can never be as accurate. The computer can not see the condition of the house for instance.
I would think most of the dishonest valuers have been well weeded out by now, the consequnces are too great to risk dodgy reports for most valuers.
A well done valuation report will take the valuer hours so are mostly not overpriced at all.
just my 2c worth

What a load of rubbish - we have 20+ residential valuers who are flat out - yes, we don't value standard boxes in 'vanilla' suburbs (nor do we want to) but there is tons of work that will not be done by computers for many years - additions, subdivisions, leaky houses, 'P' affected houses, new builds with varying spec's...

Regards the comment in the article "It was also not amiss to trust the market – after all, sales data effectively captures the emotional elements of values, something registered valuers might not be able to capture." - what a lot of rubbish - good valuers analyse sales a lot better than computers - how is a computer to consider emotion!

If automated valuations are that good why doesn't QV use them for the basis of Rating Valuations?

MaccaS - lets say hypothetically we had a Dublin style event and in two years time house prices drop 50% in Auckland. Would that make your valuation 100% high now, or 50% low then?