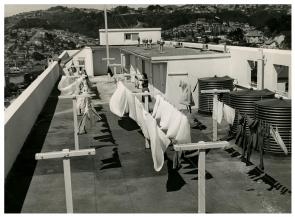 The Ministry of Social Development (MSD) is planning to add more than 3500 homes to Auckland's public housing stock over the next two years.

Public housing is made up of homes provided by Housing New Zealand and community housing providers for people on low incomes.

The ambitious target for Auckland was contained in a raft of figures on public housing released by MSD last week.

Scott Gallacher, Deputy Chief Executive for Housing at MSD, said the Ministry would be working with Housing NZ and community housing providers to deliver the additional homes.

"What shape that will take is still being worked through, but it could be a mixture of lease and new builds," he said.

At the same it released the public housing figures, MSD also released a regional breakdown of how much it pays out in Accommodation Supplement each week (see Table 2 below).

People do not need to be on a benefit to receive an Accommodation Supplement as it is also available to people on low wages who are paying high rents.

This shows that the Government pays out an average of $20.9 million a week via the Accommodation Supplement, with nearly $9.3 million of that (44.6%) paid to 92,452 people in Auckland, who on average receive just over $100 a week to help with their housing costs.

That's equivalent to $1.08 billion a year in Accommodation Supplement payments throughout the country, with $484 million of that being paid in Auckland.

On top of that MSD pays on average another $17.3 million a week in income-related rent subsidies to public housing providers.

That is to make up for the difference between the income-related rents they charge their tenants, and the prevailing market rents for the same types of properties.

Altogether, MSD paid out $576.3 million in housing support in the fourth quarter of last year, equivalent to just over $2.3 billion a year.

So are there going to be actual house relocations out of Taranaki to neighbouring regions? Or just selling a few off?

This is as good as the government contributing to a charity called "investors without boats"!

Are these MSD houses part of the 100'000 affordable houses the government is building over the next 9 1/2 years?

Although this report is obviously crafted to inflame sentiments against AS ...as in:

" This shows that the Government pays out an average of $20.9 million a week via the Accommodation Supplement, with nearly $9.3 million of that (44.6%) paid to 92,452 people in Auckland, who on average receive just over $100 a week to help with their housing costs." ...

So people should really be careful what they wish for !!

Where has it been suggested that the government is going to build these houses and then gift them to people?

Where do those houses go when landlords go belly up?

They will be bought by people who can afford them - Most of the 92,000 AS recipients are certainly not among them - We are talking Auckland here ....

9.3 million a week so 450 million a year against your estimate of 18 billion is 2.5% per year which isn't even that cheap if you are a government borrowing internationally. Add to this that government would get a chunk of the capital expenditure back through tax on building them, the additional economic activity helping growth, helping reduce inequality by funneling money away from unproductive landlords, bringing down overall property prices by increasing supply and helping out more people into their own homes which is pretty widely considered a good thing (oft quoted by the property bills as a great reason to buy NOW) I'd say that it's a pretty rubbish deal and only benefits the landlords who can now charge more because of a market distortion.

Auckland, alone, will need several hundred thousand new dwellings over the next 20 years.

Strong economic sentiments rooting from record migration and strong exports have driven a high demand in housing from overseas and local buyers. We are already seeing cracks appear in the Canadian, Swedish and Australian housing markets. These cracks might grow into a cyclical downturn in days, weeks, months from now.
Moreover, we have had negative growth rates in national savings and record surges in household debt for a few years now, which dramatically inhibits our ability to weather off a global financial mess.

Sorry, but can’t see Auckland needing all these extra houses.

There is no way on earth that Auckland can continue to try and house all these people that Labour are allowing into Auckland.

The infrastructure in Auckland from what I am hearing is totally stretched already and is nearing breaking point!

The floodgates need to be shut.

Get rid of the accommodation supplement. It distorts the housing market. When farming the working class of Auckland ceases to be profitable. The farmer demands to import more stock from overseas will disappear.

This is the biggest feeding scheme in the country

Imagine if this were simply cancelled and everyone told to either re-negotiate their lease or find somewhere cheaper to rent .

The people who would really get the brunt of it would be landlords .

Quite simply , the Government should have some kind of sliding scale as to what they pay as a supplement