In Australia, massive debt incurred to ride out the pandemic needs a solution involving tax, but populism not good public policy rules and Ross Still thinks a tax solution to aid their recovery won't be found soon

Public Policy / opinion
In Australia, massive debt incurred to ride out the pandemic needs a solution involving tax, but populism not good public policy rules and Ross Still thinks a tax solution to aid their recovery won't be found soon 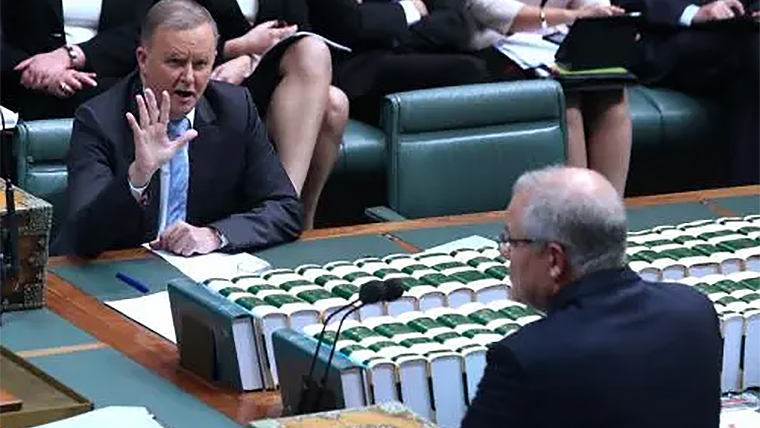 The Covid-19 pandemic is far from over in Australia. Case numbers are rising again as the new Omicron variant spreads rapidly. However, thanks to high vaccination rates and better treatments, the health threat is greatly reduced. Hopefully, that means a future without broad lockdowns and other economically damaging restrictions.

One economic legacy of Covid-19 that isn’t going away any time soon is a dramatic increase in government debt. Both the federal government and the state governments (with the notable exception of Western Australia) have taken on massive debt in supporting the economy and those affected by the pandemic.

Australia remains one of only nine countries in the world with a triple-A credit rating from all three of the major ratings agencies. Nevertheless, the debt hangover left by Covid-19 heightens the importance of a strong economic recovery. Australian government’s need to repair their balance sheets so they are ready for the next economic shock.

The early indications are that such a recovery is underway, although there are a number of obstacles. Two stand out – weak productivity growth and a tax system in desperate need of reform.

The major problems with the tax system, and the steps required to fix them, are widely recognised, both domestically and internationally. Recently, the OECD and the International Monetary Fund (IMF) have contributed to the debate.

The OECD’s Economic Survey of Australia was released in September. It argues that there is scope to improve economic performance via tax reform. In particular, it contends that the tax system is too reliant on personal income tax and that “this leaves public finances vulnerable to an ageing population”. (The problem of an ageing population has been exacerbated by the Covid-19 pandemic which has drastically cut the number of young immigrants coming to Australia.)

Last week, the OECD published its latest revenue statistics for its members. According to those figures, taxes on personal income in Australia constituted 42% of government revenue in 2020. That was the second highest rate among the 38 OECD countries. (NZ was fourth highest at 39.5% and the OECD average was 23.5%.)

The OECD recommends that Australia reduce its excessive dependency on personal income tax by reducing personal tax rates and increasing GST. According to OECD figures, Australia’s GST constitutes just 11.7% of government revenue. That was the third lowest rate for a GST/VAT in the OECD. (NZ was the second highest at 30.3% and the OECD average was 20.3%.)

The small revenue contribution made by GST in Australia is a combination of the low rate of 10% and the fact that many parts of the economy are outside the GST net including fresh food, health, and education.

The OECD makes several other recommendations for Australia including collecting more tax on capital gains, reducing the generous concessions available within the superannuation system, and replacing inefficient and distortionary stamp duties with an ongoing land tax. (Stamp duty is imposed at up to 5.75% on residential property transfers.)

Last week, the IMF released a paper on Australia. Like the OECD, it also recommends a shift to greater reliance on GST and a transition from stamp duty on property transfers to a land tax.

None of these recommendations is original. Numerous Australian tax experts and review committees over the years have identified the need for greater reliance on GST as a source of government revenue, the reduction of stamp duty on property transfers, and the reduction of superannuation and capital gains tax concessions.

The problem is not the policies but the politics.

Two major obstacles stand in the way of vital tax reform in Australia. One is universal. The other is unique to Australia.

The first obstacle is the electoral danger for politicians in promoting any kind of tax law change except a tax cut. Voters everywhere are guided by their hip pocket. They rarely support anything that might increase the tax they pay, irrespective of whether there are reductions elsewhere or other advantages.

In Australia’s highly adversarial political environment, if one side of politics suggests a tax change, the other side immediately focuses on, and exaggerates, the negative impacts. Scare campaigns based around tax policy have proven highly effective in Australia.

GST reform is seen as particularly dangerous electorally. Anyone brave enough to suggest a higher rate or a wider scope is immediately castigated for attacking the poor. Never mind that part of the revenue raised from an increased GST could be used to compensate social welfare recipients and low-income earners.

The debate is never nuanced. As a result, GST reform is well and truly “off the table” for both major parties. It is difficult to imagine change any time soon.

The second major obstacle to tax reform in Australia is the bicameral system in the federal parliament. There are two houses – the lower house, the House of Representatives, and the upper house, the Senate. Legislation must pass both houses. For better or worse, each house has very different electoral rules. In practice, this means that the party of government that controls the House of Representatives rarely has control of the Senate.

In recent years a series of minor parties and ‘independent’ senators not aligned to either major party has held the balance of power in the Senate. Much of their electoral success (and survival) rests on maintaining their profile, portraying themselves as champions of the people, and avoiding support for any legislation disliked by any vocal interest group or voting block.

Populism rules. And there’s no room for complexity or subtlety.

In this challenging parliamentary environment, the prospects are not good for the much-needed tax reform that would assist the post-Covid recovery.

The Australian experience is worth remembering when critics lambast New Zealand’s unicameral system. The disadvantage of the kiwi system is the absolute power it gives to the party (or parties) that can achieve a majority in parliament. They can pass their legislation without oversight from an upper house.

Ironically, that disadvantage of unicameralism is also its advantage – the government can actually get things done. That makes reform in complex areas like tax much easier than in Australia. At least from a parliamentary perspective.

Of course, when it comes to policy making, New Zealand politicians face the same electoral problems as in all democracies. Jean-Claude Juncker, Prime Minister of Luxembourg at the time, summed it up best – “We all know what to do, but we don’t know how to get re-elected once we’ve done it”.

Ross Stitt is a freelance writer and tax lawyer with a PhD in political science. He is a New Zealander based in Sydney. His articles are part of our 'Understanding Australia' series.

"The problem is not the policies but the politics."

So, just like New Zealand and every other 'democracy' around the globe.

Cut government and local government waste before raising taxes. Countless examples here, notably the proposed billion dollar cycling bridge, which was only scrapped well down the line after widespread public outrage, the unbelievably stupid light rail plan, billions on cycle lanes no one uses, a fuel allowance for wealthy pensioners, an ev feebate for wealthy ev buyers, paying super to people who’ve been here for the figurative five minutes, huge overruns on most projects, the CRL, Transmission Gully….

We are raising taxes though. We ignore the tax brackets for a decade and any pay increases since are captured as if a whole decade has 0% inflation - we are taxing a huge part of the catch-up wages that aren't keeping part with living costs as if they are 100% real wage gains. They are not.

But this is how NZ works. We have cities that we jammed more people into without the infrastructure because that's too hard to build. We have living costs where home ownership means no stay-at-home parents and two incomes to support an entry-level mortgage, but we still have the same 20 hours per week ECE that we started with in 2007 and only once a child is 3 years old. Ditto health, education, tertiary institutions. Change is too hard, so no one bothers.

New Zealand is in the position it's in because the state we supposedly pay taxes to support largely neglects the people who fund it. And why shouldn't they? They get paid either way.

The downsides of democracy we have to live with - parties promising 'pie in the sky' policies and projects, spending millions on consultants and working groups to report back on the projects being unfeasible, and then going for low-hanging "easy-wins".

Key was (is still) lambasted for raising Gst when he first came to power. According to this article he was right to do so. His roading was pretty efficient (when compared to this lot's) & his IRD system upgrade was the one that allowed all those wage subsidies to go out so quickly (in 2020) before they started doing background checks on everyone who applied this year.

Amazing that the IMF is still pushing for countries to punish the poor and give to the already well-off  by promoting consumption taxes and reducing income taxes. Hello 1980s.

There is an easy solution to government debt and that is to just stop issuing it. It doesn't finance spending, it only has one practical purpose as an interest rate control mechanism and the same can be done by paying a support rate on central bank reserves instead.