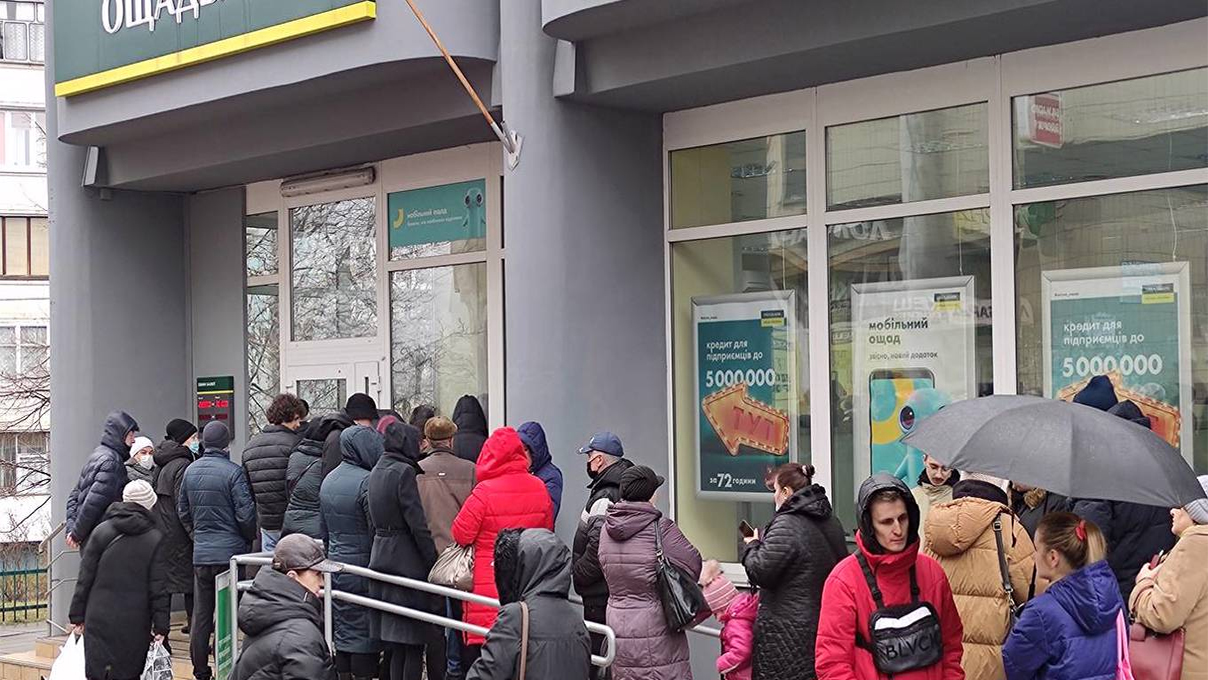 Russia’s invasion of Ukraine has been rapid and dramatic, but the economic consequences will be much slower to materialise and less spectacular. The war itself is enormously tragic, first and foremost for the Ukrainian people, but also for the Russian people and the global order more generally. When something like this happens, we expect it to be like a morality play in which all the bad consequences play out equally dramatically in every dimension, including the economy. But the economy does not work that way.

True, financial markets reacted swiftly to news of Russia’s invasion. The MSCI All Country World Index, a leading global equity gauge, fell to its lowest level in almost a year. The price of oil rose above $100 a barrel, while European natural gas prices initially surged by almost 70%.

These energy-price increases will negatively affect the global economy. Europe is especially vulnerable, because it did little in recent years to reduce its dependence on Russian gas, and in some cases – notably, Germany, which abandoned nuclear power – even exacerbated it.

Oil-importing countries will experience a headwind from higher prices. The United States is more hedged: Because its oil production is equal to its oil consumption, more expensive oil is roughly neutral for GDP. But higher oil prices will hurt US consumers while helping a more limited segment of businesses and workers tied to the oil and gas industry. The price surge will also add to inflation, which is already at its highest levels in a generation in the US, Europe, and other advanced economies.

But some perspective on these immediate consequences is in order. At $100 a barrel, oil is about one-quarter below its inflation-adjusted price during 2011 to 2014. Moreover, prices for oil futures are lower than spot prices, suggesting that the market expects this increase to be temporary. Central banks may therefore largely look through events in Ukraine, neither holding off on tightening nor speeding it up in response to higher headline inflation. And global stock markets are still up over the last year.

Similarly, although the Russian stock market has fallen significantly since the start of the invasion, Western sanctions are unlikely to have immediate dramatic effects. Sanctions rarely do; they are simply not the economic equivalent of the bombs that Russia is currently dropping on Ukraine.

Moreover, Russia is better prepared than most countries to weather sanctions. The country has been running an enormous current-account surplus and has accumulated record foreign-exchange reserves of $630 billion – sufficient to cover nearly two years of imports. And while Russia is dependent on revenue from Europe, Europeans are dependent on Russia’s oil and gas – which may be even harder to replace in the short run.

But, in the longer term, Russia will likely be the biggest economic loser from the conflict (after Ukraine, whose losses will go well beyond what can be measured in the national accounts). Russia’s economy, and the well-being of its population, have been stagnant since the Kremlin’s 2014 annexation of Crimea. The fallout from its current, large-scale invasion will almost certainly be more severe over time. Sanctions will increasingly take a toll, and Russia’s growing isolation, as well as heightened investor uncertainty, will weaken trade and other economic links. In addition, Europe can be expected to reduce its fossil-fuel dependence on Russia.

The longer-term economic consequences for the rest of the world will be far less severe than they are for Russia, but they will still be a persistent challenge for policymakers. There is a risk, albeit a relatively unlikely one, that higher short-run inflation will become embedded in increasingly unanchored inflation expectations, and thus persist. If that happens, central banks’ already difficult job will become even more complicated.

In addition, defense budgets are likely to rise in Europe, the US, and some other countries to reflect the increasingly dangerous global situation. This will not reduce GDP growth, but it will reduce people’s well-being, because resources dedicated to defense are resources that cannot go toward consumption or investment in education, health care, or infrastructure.

The medium- and long-term consequences for the global economy of Russia’s invasion of Ukraine will depend on choices. By invading, Russia has already made one terrible choice. The US, the European Union, and other governments have made initial choices on sanctions, but it remains to be seen how Russia will react to them or whether further penalties will be imposed. To the extent that sanctions and counter-responses escalate, the costs will be larger – first and foremost for Russia, but also to some degree for the rest of the global economy.

Global economic relations are positive-sum, and Russia’s growing isolation will remove a small positive. More broadly, uncertainty is never good for the economy.

But, as the world continues to respond to the Russian invasion, concerns about GDP seem minor by comparison. Far more important is a world where people and countries feel secure. And that is something worth paying for – even more than the world’s leaders have paid so far.

Its time to go with clean green energy - nuclear power stations. Germany has really screwed up here. No army and energy requirements at the mercy of a crazy dictator.

A lot cheaper and easier to just turn back the nuclear power stations on. Only question is political and social resolve to...

Moreover, prices for oil futures are lower than spot prices, suggesting that the market expects this increase to be temporary.

Backwardation means demand for spot oil today is intense with the possibility of supply increasing to meet this demand in the future.

Cantango means current spot oil demand is weak and dealers are paying for storage for future delivery when demand may rise.

Historically oil markets are in backwardation mode but, in recessionary times cantango can prevail.

The Markets seem to have already shrugged off the Ukraine Imbroglio. Loss of Ukraine to the new Soviet Union is not going to affect the world economy much. Even the US may come around to that.

1. Obviously oil, gas and coal - even the US gets cheap Russian gas (via the Pacific route). Many countries have benefited over the decades from cheap Russian energy, which has resulted in relatively stable inflation and economic growth

2. Wheat - Russia and Ukraine supply 30% of the world's wheat

3. Rare minerals - Russia is a large supplier. Again the world has benefitted from with great technological advances. No Russian rare minerals, no technology. Russia meanwhile stagnated technologically because of selling most of those rare minerals instead of using them, that may change if Russia is isolated which it is used to being already.