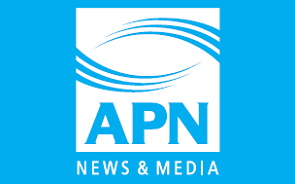 McLeay will be responsible for APN’s local publishing business, which includes the New Zealand Herald, , a tranche of regional newspapers and magazines including The Listener and New Zealand Women’s Weekly. He takes up the job in January, reporting directly to APN’s New Zealand media chief executive Martin Simmons.

McLeay had been CEO of the Lotteries Commission since 2006, and previously held senior marketing roles at New Zealand Post and Vodafone.

The Sydney-based company’s shares have shed almost two-thirds of their value on the ASX in the past two years, reflecting a broader downturn in newspaper publishing with the advance of the internet.

APN posted a net loss of A$98.3 million in the six months ended June 30, from a year-earlier profit of A$39 million, reflecting an impairment charge against its New Zealand metropolitan newspaper titles.

Simmons said APN has restructured its management, establishing the role of COO along with two other senior positions to “develop a more integrated business with a focus on multi-media advertising and circulation sales.”