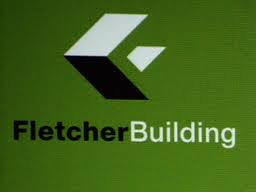 Fletcher Building chairman Ralph Waters says Australasia’s biggest building materials maker and distributor sees no material improvement in trading in any market except Asia in the first half of its 2011-2012 financial year, with a risk of a further downgrade if construction volumes fall.

Waters was speaking to shareholders at their annual meeting in Auckland, where he reiterated the company’s forecast last month for a 10% decline in first-half profit to NZ$166 million, and no growth in full-year earnings, before one-time items, from last year’s NZ$359 million.

“These are challenging times. I have not seen so many western countries in economic difficulties in my 40-year corporate lifetime,” Waters said in a speech notes for the AGM.

“In New Zealand, that is exacerbated by the tragic circumstances of Canterbury.”

Shares of Fletcher Building fell 2.5% to $6.24, a 2 ½-year low. Waters said the weak share price was disappointing. The shares are rated ‘outperform’ based on a Reuters poll, with a price target of NZ$7.51.

The company had hoped for a sustained pick-up in economic activity in New Zealand through 2011. Instead, building consents fell to a record low in the first quarter.

“With interest rates at 45-year lows and weak demand for new housing it is difficult not to conclude that consumer confidence has yet to recover,” Waters said.

The Australian market started the year on a stronger footing but deteriorated in the second half while no improvement has been seen in the US or Europe. Asia, excluding flood-hit Thailand, has “continued to achieve strong growth,” he said. The company’s revised forecasts assume no further deterioration in its key markets.

The ONLY cities/regions of the world worth investing in, starting a business in, or moving to today, are the ones that have had low, stable urban land prices for decades, no unaffordability problems, no bubbles.

To achieve this,  (as many 1st world countries did from 1950 onwards), It is necessary to have no de facto racket in "planning gains" in urban development. Whether it is corrupt Communist Party officials (in China) or "Urban Planners" with urban growth restraints (in most of the OECD), your economy is toast before long. It hardly matters how the finance sector reacts and how adventurous they get. They make BIIIIIG, fat profits off the bubble, then expect their losses in the inevitable bust to be nationalised. Meanwhile, the government has enjoyed BIIIIIG, fat bubble revenues, has entrenched lavish new spending programs, and the rest is history.

Look at it this way. Britain has been ruined by "The Town and Country Planning Act" 1947. Thatcher failed to reform this and her other reforms were doomed because of this.

Britain's disease has merely been exported to most of the rest of the 1st world by the "Co2 reducing, urban sprawl preventing, vehicle-miles-travelled-reducing" mania of urban growth constraint. The strength of the DENIAL out there about this is all the more evidence that it is the REAL problem.